Japan has been captivating travellers since it first opened up to international trade in 1853. While its many traditions and cultural landmarks persist, Japan is also one of the leading economic and technological centres of the world. Ancient gods and traditional customs sit side by side with cutting edge technologies and trendy pop culture, and there is always something new to experience on a visit.

From the fashion in Harajuku to perfect produce, to empty orchestras and meal-time etiquette, here are the top 15 facts about Japan you probably never knew. There are plenty of reasons you voted it one of the most beautiful countries in the world, as revealed in our gallery of gorgeous photos of Japan.

15 interesting and fun facts about Japan

1. The oldest company in the world is in Japan

Kongo Gumi is the oldest operating business in the world, established in 578. It specialises in the construction of temples and shrines.

Interested in exploring Japan's temples? Discover Kanazawa — AKA Little Kyoto — before everyone else does.

2. Japan has the 11th largest population in the world

An estimated 126 million people live in Japan. Since 2011, Japan’s population has been noticeably declining mostly due to low birth rates- some say it is due to expensive childcare and the difficulty of finding well-paying jobs.

Travelling with your own kids? Find out how to plan a family holiday in Japan.

3. The Japanese live (almost) the longest

Second only to Hong Kong, the life expectancy in Japan is 84, which is 3 years higher than in the United Kingdom.

4. In Japan there is 1 vending machine for every 24 people

With 5 million vending machines- Japan has the highest density in the world. Batteries, ramen, sake, umbrellas. flowers- you name it and the vending machines probably stock it.

There's a reason Japan features in our round-up of the world's weirdest vending machines.

Decisions, decisions — Japanese vending machine sell pretty much anything and everything.

5. Nearly half the zippers worldwide are made in Japan

If you check your zipper, chances are, it will say YKK on it, which stands for Yoshida Kogyo Kabushikikaisha. Founded in Tokyo in 1934, it is estimated that 7 billion zippers are produced by this manufacturer each year.

Zippers aside, Tokyo is an exhilerating destination — discover the top ten things to do in Tokyo, and where to stay in Tokyo.

Why are melons in Japan so expensive? These precious fruits play a large role in the country’s gift-giving culture- samurai would offer tangerines or melons to their shogun as a token of appreciation.

Nowadays, farmers meticulously tend to these fruits by hand, which adds to the allure. Crown melons are one of the most renowned varieties and can cost over $200 each.

Melons are pricey pickings in Japan

The coffee known as Blue Mountain, grown in Jamaica’s namesake region, is highly sought after. Only grown on small family-run plantations at elevations of over 7000 feet, this gourmet brew boasts mild flavours and lacks the bitterness found in most coffees.

As fine as it is, if you haven't visited Japan to sample Jamaican coffee, you could take part in a Japanese tea ceremony.

8. Japan once had the world’s largest fish market

Tsukiji Fish Market in Tokyo was the largest wholesale fish and seafood market in the world, famous for its tuna auctions. In 2018 a portion of it moved to a new site in Toyosu where it reopened as Toyosu Market.

9. Japanese cuisine has a meat dish made of horse

Basashi is a popular regional Japanese dish, consisting of raw horsemeat slices with ginger and onions.

That's tickled your taste buds, find out more about eating and drinking in Japan. You might also want to find out about other weird food from around the world.

Bloody and tasty, if you're into raw horsemeant - basashi Japan

10. In japanese culture it is polite to remove your shoes

Entranceways of Japanese houses called genkan signal where you should take off your shoes with the help of its raised floors. The lower area indicates where you should remove your shoes and the raised upper area, often in a different type of flooring, is considered indoor living space.

Find out more about culture and etiquette in Japan.

11. The first geisha in Japan were men

Referred to as taikomochi and sometimes known as houkan- male geishas were jesters of sorts. It wasn’t until 25 years after their glory days that women — then known as geiko — “arts child”, outnumbered the working taikomochi. Geiko then transformed into geisha "person of the arts" as we know it today. Peek into the world of geishas in Gion, the centuries-old entertainment district of Kyoto.

12. When eating in Japan, slurping your noodles is not rude

Quite the opposite- slurping loudly in Japan is considered evidence of enjoying your meal. It is also said to add flavour to the noodles. Slurp away on this Get Your Guide Ramen tour in Tokyo that takes you to where the original Tsukemen was invented.

Slurping is fine and dandy — another unusual fact about Japan

13. Solo dining is common in Japan

Hailed as the solo dining capital of the world- Japan’s shrinking population combined with an increase of single-person households has meant requesting a table for one quite the norm. Prefer to share some scrumptious food with good company? Our trusted partner Get Your Guide offers a yummy street food tour through the back alleys of Tokyo’s Shibuya neighbourhood.

Going it alone in Japan? Arm yourself with our tips for backpacking Japan, and our general tips for surviving solo travel.

This hilly terrain includes over 100 active volcanoes making up roughly 10% of all active volcanoes in the world — the landscape makes for excellent skiing and wandering. For trekking up Mt. Fuji, K's House Hostels is super friendly while Fuji Lake Hotel is a stylish lakeside accommodation that dates back to the 1930s.

If you're hankering after majestic scenary, you'd do well to discover Sanriku Fukko National Park — a triumph of nature and man, no less — and Shirakami-Sanchi World Heritage Site, Japan's ancient forest.

A stunning sunset over rice fields and mountains in Japan

15. About 1500 earthquakes strike Japan every year

The frequency of the earthquakes is caused by the location of the country across three tectonic plates called the “Pacific Ring of Fire”.

Fact about Japan: Earthquakes cause huge damage in Japan every year

For more inspiration, read up on things not to miss in Japan, and ready yourself with our things to know before you go Japan travel tips.

When you click on our links, Rough Guides can earn a small commission at no cost to you- we promise you won’t feel a thing, except the joy of booking a stellar trip. It allows us to keep giving you the best advice and travel inspiration. All accommodation and Get Your Guide experiences are recommended by us — our travel experts know a good thing when they see it! 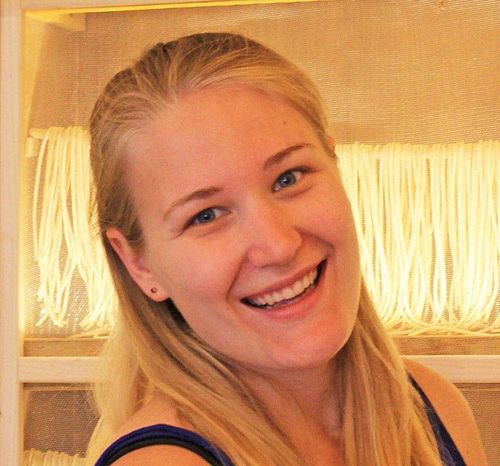