An expert's guide: the best homestays in Japan

With a reputation for expensive hotels, Japan

is the perfect place to try a homestay. There’s no better way to experience the real Japan than with a stay with friendly locals who can help you explore areas that tourists often never get to see – not to mention cook you a traditional meal and help you with the local lingo.

Whether you want to get lost in Tokyo’s winding backstreets or enjoy the slow pace of life in distant Hokkaido, this area-by-area guide will help you find the perfect Japanese homestay.

The largest city in the world, with a population of more than 37 million in its greater metropolitan area, Tokyo is filled with boundless possibilities.

The Japanese capital thrums night and day in the central areas around Shibuya and Shinjuku, although the Imperial Palace Gardens and the hip area of Kichijoji offer a calmer alternative to the at times relentless pace.

A homestay is the ideal way to see some of Tokyo’s underexplored neighbourhoods and quieter back streets. Toshiro and Tanya’s home, in Setagaya, is just a 15-minute bus ride from the buzz of Shibuya, but in a residential area that few tourists visit.

For those who want to be in the middle of the action, Kumi’s downtown apartment is perfect. There’s easy access to Asakusa and Ueno, with subway stops within easy walking distance. The private room is in the traditional style, with a futon and tatami mats.

Japan isn’t just about neon-lit cities and endless skyscrapers. The mountains north of Tokyo offer the perfect escape for those who want fresh air and beautiful countryside to go along with a fun city break.

Mai’s home in Kobuchizawa sleeps three in one family room. There’s a beautiful art village that’s well worth exploring, plus the chance to pull on your hiking boots and take a stroll through the nearby forests and mountains.

Kyoto, Japan’s ancient capital, is home to the country’s most beautiful temples, with 2000 Buddhist and Shinto shrines dotted throughout the city.

Kiyomizu-dera, with its wooden veranda, and the gold leaf Kinkaku-ji, are must-sees. But it’s also worth taking time to explore some of the less popular places of worship.

That’s where Sassa’s home, just outside of the centre of the city, comes in. As well as being close to Kinkaku-ji, guests can wander to the beautiful Kamigamo-jinja and Ryoanji temples. The host even offers traditional tea ceremonies and sushi rolling classes on request.

Those who prefer being in the heart of Kyoto should head for Michi’s in Okazaki, an area international visitors often overlook. Recently refurbished, guests have their own floor to make their own. The Hosomi Museum and stunning Daimonji temple are both close by.

Surrounded by mountains and criss-crossed by busy highways, Osaka is the futuristic Japan that so often captures the imagination. Dotonbori, with its neon signs and basement bars, is everyone’s first stop. The food in this area is legendary, from stand-up ramen joints to top-notch okonomiyaki and takoyaki spots along the main drag.

Culture buffs should head for Osaka Castle and the surprisingly fascinating Museum of Housing and Living, which recreates the look and feel of the city’s old streets.

Nakano’s house has space for six adults and is just a quick train ride south of the bustling downtown area. There’s free bike hire for exploring the local area, as well as a kitchen for cooking a quick bite before heading out to indulge in Osaka’s legendary nightlife.

The most iconic site in Japan, anyone with time to spare should try and get a glimpse of Mount Fuji. Its snowy peak can be scaled by adventurous visitors during summer, although just getting within a few miles of its slopes makes a visit worthwhile.

Hideko’s home, in Fuji City, is a great base for those looking to explore the area around the mountain, whether by car or on foot. There are two bedrooms, a garden and even a barbecue, with Hideko cooking local dishes for guests who want to try traditional Japanese food. Plus, it’s close to the main JR line from Tokyo, making it easy to reach from the capital.

Distant Sapporo is the main city of Japan’s northern island of Hokkaido. Cool and breezy in the summer, snowy and cold in winter, the region is now within a day’s train ride of Tokyo, thanks to a new bullet train link via Hakodate.

Although Sapporo is often passed through by those keen to get lost in Hokkaido’s mountains, its first-rate food scene (the seafood is spectacular), excellent Beer Museum and annual Snow Festival, held in February, make it a stop off worth adding to any itinerary.

Sangun’s homestay is bang in the middle of the action. Bikes are available for hire, although the downtown area is outside the main door, meaning you can easily see everything on foot. There is a total of eight rooms available.

The largest city on the southern island of Kyushu, Fukuoka is actually two cities in one. Fukuoka on one side of the river, Hakata on the other. Merged in 1889, the city is one of the busiest ports in Japan.

Today visitors use it as a gateway to Kyushu’s beautiful and remote countryside, although the street food stalls on Nakasu island and the pretty Shofukuji, the first Zen temple in Japan, mean it’s not to be ignored.

The easy to reach suburbs offer a chance to see a quieter side of Japan. Emiko’s homestay is just 20 minutes from the city centre, close to the main JR train line, with home cooked meals available.

This feature was sponsored by Homestay.com, an accommodation marketplace connecting guests to local hosts in over 150 countries. All recommendations are editorially independent.

Homestay.com aspire to provide authentic travel experiences, where hosts offer the chance to live and breathe the local culture, make friends as well as memories, and explore destinations in a truly authentic way. 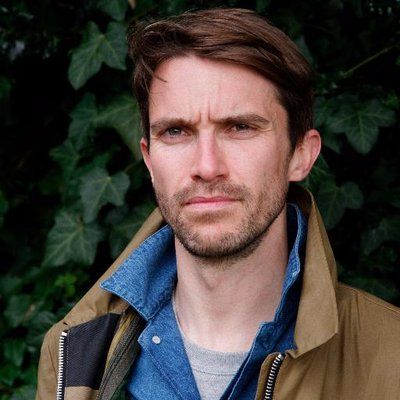