Where to go for great diving in Vietnam

Vietnam. Perhaps a mention of the country’s name conjures up images of idyllic terraced rice paddies in your mind, or the ubiquitous travel-brochure Ha Long bay scene, complete with emerald waters and epic sunset. Maybe you associate the country with its delectable cuisine, or the destruction of the Vietnam War (known in the country as the American War).

However, with a coastline around 2,025 miles (3,260km) long, it shouldn’t come as a surprise to learn that Vietnam’s tropical waters are a diver’s paradise, home to a huge variety of fascinating marine species and spectacular underwater landscapes. As a relatively new destination for divers, many of Vietnam’s dive sites have an unspoiled feel to them too.

Most sites, while technically accessible year-round, are best avoided after the stormy season, as the strong winds dredge up the ocean bed, reducing visibility. Generally speaking, Vietnam’s diving season runs from March to October, although this can vary depending on the location - southern sites are better November to May. Here's our rundown of best the places to go for great diving in Vietnam, with the top dive sites outlined.

Diving in Vietnam - where to go

is home to the Hon Mun Marine Protected Area, comprising 2,965 acres (12,000 hectares) of reef-filled waters. There are at least 350 species of hard coral living here – to put that into context, it’s not far off Australia’s Great Barrier Reef, which is home to around 450 different species. This area is also home to a lot of fish too, including barracuda, clownfish and lionfish. Within the protected area, there are several different popular dive sites, including Moray Beach and Madonna Rock. Due to the concentration of sites in the area, Nha Trang is the most popular diving spot in Vietnam, and the hub of its burgeoning dive industry.

Inspired by our list of places to go diving in Vietnam? Try our new tailor-made travel service and you can enjoy a fully personalised trip planned by a local expert.

Moray Beach is a great place to see a rare species of nudibranch (neon-bright sea slugs) and some colourful hard corals. Going to a maximum depth of 18 metres (59ft), this dive is suitable for all levels. The site is also home to several species of fish, including clownfish and black frogfish.

At Madonna Rock there are several underwater caverns located at different depths (the maximum of which is 30 metres/82ft), home to some of Hon Mun’s more interesting species of fish, including scorpion fish, lionfish and giant moray eels.

Inspired by our list of the best places to go diving in Vietnam? Try our new tailor-made travel service

and enjoy a fully personalised trip planned by a local expert.

Hoi An’s best dive sites are located in the waters around the Cham Islands, which are about 40 minutes offshore. Almost all dive companies in the area operate out of Hoi An

. The most spectacular dive site here is undoubtedly Hon Mo, with a varying depth of 4 to 35 metres (13–115ft). Here you will see both hard and soft corals, together with marine species such clownfish, pipefish and sea horses. At nearby Hon Nhan, which has a maximum depth of 40 metres (131ft), you can see large schools of fish.

The Cham Islands, one of the best places for diving in Vietnam © By Hryhorii Patlakha/Shutterstock

Near the border with Cambodia, the island of Phu Quoc

emerges from Vietnam’s southern tip like a genie released from a bottle. Its limpid waters boast several great dive sites, with the most popular being Hon Ko (also known as Dry Island), the Nudibranch Gardens and Turtle Island, all of which enjoy largely current-free, calm waters. Just to the south of Phu Quoc are the excellent An Thoi Islands , offering possibly the best diving in Vietnam These sites are best enjoyed November to May.

From the surface, Hon Ko appears to be little more than a collection of rocks sticking out of the water. However, beneath the surface you’ll find an impressive reef system, which sustains an array of mitre shells and nudibranchs, as well as some interesting fish like bamboo sharks, catfish and rays.

To the east of the island you’ll find the Nudibranch Gardens, a spectacularly colourful site home to over different 2,000 species of nudibranchs. You should also see bamboo sharks here, which often hide underneath the rocks. Due to the shallow depth, this site is ideal for beginners, and can even be appreciated with a snorkel.

Psychedelic nudibranchs come in all kinds of colour combinations © Andaman/Shutterstock

Located just off Phu Quoc’s northwestern coast is Turtle Island. Around 50 metres (164ft) in length, Turtle Island is a small island that is surrounded by calm, shallow waters, no more than 10 metres (32ft) deep. These conditions have allowed smaller marine life to flourish in the coral reefs, and the water here teems with colourful creatures including stonefish, blue-ringed angelfish and yellowtail damselfish.

For more challenging dives on Phu Quoc, head to the An Thoi Islands, a group of 15 islets off the south coast that are rated by some as the best dive site in Vietnam. Here, you can see an abundance of marine life, such as brain and fan corals, parrotfish, scorpion fish, butterfly fish and giant sea urchins. If you’re lucky, you may see a blue-spotted ray or bamboo shark, which occasionally get bought in by the current. Dive sites here vary from 5 metres (16ft) to 25 metres (82ft).

Vietnam is book-ended to the south by the unspoiled Con Dao Archipelago, a confetti-like spray of 16 emerald-green islands, cast adrift in the South China Sea some 114 miles (185km) south of Vung Tau

. Unlike most other diving locations in Vietnam, Con Dao can comfortably be dived all year.

The outlying islands of the archipelago, many of which are part of the protected Con Dao National Park

, are home to over thirty excellent dive sites, where you can see some rare marine species, such as dugong, giant barracuda, dolphins and several different types of turtle.

Con Dao is also the location of the only diveable wreck in Vietnam: a steel-hulled Thai freighter, 60 metres (197ft) long which sits on the ocean floor, at a depth of around 35 metres (115ft). Schools of batfish, barracuda and fusiliers frequent the wreck, which is handsomely coated in several different corals.

Why stop at Vietnam? Read our guide to where to go for great diving in the world 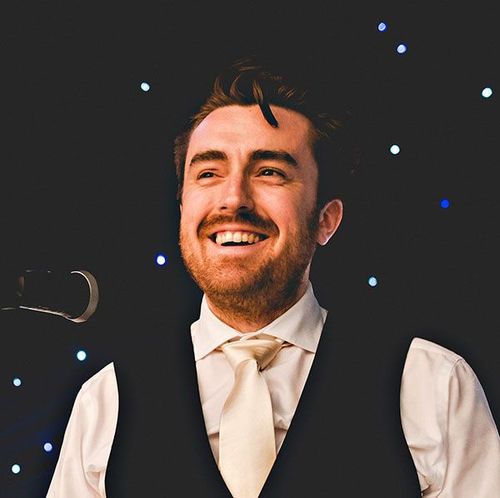