20 of the most photogenic places in the world

The world is full of beautiful places – both natural and manmade – and even the most avid globetrotters can't hope to exhaust them all. But some simply love the camera more than others. Here, our Senior Picture Editor, Phoebe Lowndes, picks a snapshot of the most photogenic places on Earth, with more stunning, alternative destinations highlighted in our month by month, where to go when guide. Get your camera at the ready…

Persian-Islamic architecture is a true celebration of craftsmanship: decorative, symbolic and proud. The buildings of Esfehan exemplify these principles with grace and grandeur. Stroll along perfect tree-lined boulevards, take in the colourful tiled mosques and discover the vaults and domes of Khaju Bridge at dusk, where people gather to sing and recite poetry.

Rudyard Kipling dubbed Milford Sound "the eighth wonder of the world" – and all who have explored this serene fjord would wholeheartedly agree. Mountains frame pristine waters, which are home to seals, penguins and bottlenose dolphins. Humpback whales have also been spotted here increasingly regularly. Dramatic Mitre Peak is the money shot.

If you're in search of la dolce vita, look no further than Positano. Perched on the cusp of the Amalfi Coast, this patchwork of colourful villas and colonnaded balconies have a chicness that calls for sunset-hued aperitivo and a glamorous, Sophia Loren-inspired, outfit. The small pebble beach is peppered with sea glass and striped umbrellas, the perfect place to pose amongst bronzed locals and movie stars alike.

Lake Tahoe – meaning "big water" – is famed as one of the highest alpine lakes in the world. The water here is sheltered from strong winds by mountains, meaning it's a dream for paddle boarding. If it's a true photo opportunity you're after, head to Emerald Bay to see the sunrise; you’re guaranteed an otherworldly experience.

In the northern state of Uttar Pradesh lies the ancient and holy city of Varanasi. Hindu pilgrims journey here for a chance to bathe in the sacred waters of the Ganges River and to cremate loved ones who they believe will set sail into the next life. The romantic Mughal architecture, colourful waterside rituals and chants of funerary rites stick long in the mind. At sundown, when the nightly ceremonies begin and the river glitters with candlelight, it is at its most beautiful.

Bruges is a medieval masterpiece of cobbled streets, canals and romantic footbridges – and it also boasts some of Belgium’s finest chocolate shops. There are fairy-tale scenes at every turn and it's a challenge not to get distracted by the inviting window displays. When you’ve grown tired from exploring and snapping, lovely cafés and warm bars are aplenty.

The Namib Desert has some of the highest and most dramatic dunes in the world. The raw banks of sand (which burn brightest orange at sunrise) cut great swathes across the terrain, interrupted only by the occasional tree, petrified by sun and lack of water. Its sheer, stark beauty makes the desert perfect fodder for the adventurous photographer.

With its wild, windy seas and beaches backed by rugged mangroves, the Caribbean coast of Colombia is an absolute knockout. A place of untouched beauty with a cool Latino charm and a budding "posh-packer" hostel culture, this part of the world is a delight for roving photographers.

9. The Isle of Arran, Scotland

Here you'll find scenery to stir the soul – and plenty of whisky to warm the cockles. A haven of lochs and glens, lush hillsides and heather-strewn peaks, Arran possesses a rambling, unrefined beauty. Indeed, it’s not the roughest, nor the remotest place in the Western Isles, but it offers a perfect slice of idyllic Highland life.

A city resisting the tide of modernisation that has swept through much of the country, Kyoto remains committed to maintaining old-world Japanese culture. Walk through peaceful gardens with picturesque ornamental bridges shaded by cherry trees; hear tales of Samurai clashes and discover the scars of their swords, or glimpse Geisha on their way to appointments at dusk. The streets here are imbued with history and charm: an antidote to the neon metropolis that is Tokyo.

With air as crisp and fresh as the snow underfoot, and a mountainous landscape that changes dramatically from summer to winter, the Swiss Alps are home to some of the most photogenic scenery imaginable. Aside from the awe-inspiring panoramas and record cliff faces (think of the Eiger in all its emblematic glory), there is nothing prettier than the sight of a cosy chalet nestled on a green hillside.

Monuriki is a tiny, uninhabited Fijian island. A high formation of volcanic rock (crowned with a distinctive peak) is sheltered by verdant foliage, and delightfully warm waters lap a beach of talcum-white sand. It was the setting for blockbuster survival movie Cast Away. Day cruises are popular, but not overcrowded, so you can still capture that sense of castaway seclusion.

Colourful corrugated buildings produce an eye-popping contrast to the surrounding backdrop of water and snow-crested peaks, while the awe-inspiring Hallgrímskirkja church stands sentry in tall, majestic glory. Ride the lift to its zenith for unmissable photo opportunities.

This archaeological site is among the most important in the world – but it has remained well off the beaten track until recently. Centuries-old Bagan is a town of temples, which rises from the landscape in surreal and monumental beauty. The pagodas and their conical peaks are most captivating at dawn and dusk when their forms are silhouetted against the vast horizon.

The Moors' wild, rugged scenery and typical British weather may not be everyone’s cup of tea – but for those who crave lungfuls of fresh air and plenty of greenery, they're perfect. Spend the day photographing the rolling hills and patchwork fields, then take shelter in one of the area's landmark pubs.

The vast savannahs of the Serengeti are a photographer's dream. The wildebeest migration across the plains of Serengeti, to the plush grasslands of the Masai Mara Game Reserve in Kenya, is a particularly wonderful spectacle. Once per year, millions of animals make this journey in earth-shaking herds, on the hunt for food.

Imperial Russia left behind opulent architecture and an impeccably planned city, which survives in spite of the country’s bloody history of revolution, brutal siege and communist rule. The Winter Palace is perhaps the most obvious example: a lavish building of monumental size and beauty, built for a Tsar, that today houses the Hermitage Museum. Located at the edge of the Baltic Sea and famed for exquisite art and culture, this city could give any European capital a run for its money when it comes to sheer photographic potential.

Pearl Lagoon is a truly unspoilt Caribbean hideaway, and certainly not somewhere you’ll fight for space on the sand, or find flashy resorts touting all-inclusive deals. The Creole community here mostly make a living through fishing; freshly caught lobster is a highlight, especially when eaten beachside to the sound of reggae music and the swishing of coconut palms. A paradise such as this is a treat for the camera and a balm for the soul.

You don’t have to go to a far-flung tropical island to enjoy pure sand and azure waters. Formentera offers all this (albeit without total isolation). Popular with day-trippers from neighbouring Ibiza, this smaller, quieter island is an antithesis to the crowded party scene and hedonistic activities of its loud big sister. Further exploration of the island will reward you with ravishing beauty: patches of remote rocky coast with exceptionally stunning and secluded beaches.

Picture hurtling across sands of burnt umber astride an Arabian horse, or traversing the lunar-like landscape (more gently) by camel, to hunker down at a Bedouin camp for dinner under a million twinkling stars. Picture that and you've pictured Wadi Rum, also known as The Valley of the Moon. Here, gigantic, weathered rock formations create scenery so cinematic that it will transport you to another world. 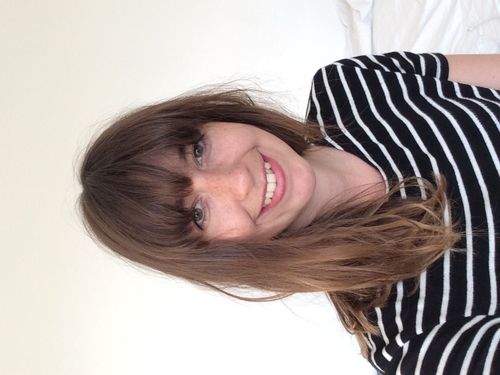