Belgium is perhaps the world’s most misunderstood nation, but also one of its most fascinating, punching far above its weight in all sorts of ways. With three official languages, and an intense regional rivalry between the Flemish-speaking north and the French-speaking south that perpetually threatens to split the country in two, it’s actually a miracle that Belgium exists at all.

But its historic cities – most famously Brussels, Bruges, Antwerp andGhent – are the equal of any in Europe. And its cuisine is reason alone to justify a visit, with a host of wonderful regional specialities. Belgium also boasts some pockets of truly beautiful countryside in its hilly, wooded south and the flatter north – and, perhaps most famously, it produces the most diverse range of beers of any country on the planet.

Many outsiders view travelling to Belgium as good weekend-break material, but not much else. Which is a pity, as this is historically one of the most complex and intriguing parts of Europe. Squeezed in between France, Germany and the Netherlands, Belgium occupies a spot that has often decided the European balance of power.

It was here in Belgium that the Romans shared an important border with the Germanic tribes to the north. Here that the Spanish Habsburgs finally met their match in the Protestant rebels of the Netherlands. Here that Napoleon was finally defeated at the Battle of Waterloo. And – most famously – here, too, that the British and Belgians slugged it out with the Germans in World War I. Indeed so many powers have had an interest in this region that it was only in 1830 that Belgium became a separate, independent state.

River view of old town with bridge in Bruges, Belgium

Where to go in Belgium

Belgium divides between the Flemish (Dutch-speaking) north of the country, known as Flanders, and French-speaking Wallonia in the south. There’s more to this divide than just language, though: the north and south of the country are visually very different. The north, made up of the provinces of West and East Flanders, Antwerp, Limburg and the top half of Brabant, is mainly flat, with a landscape and architecture not unlike the Netherlands.

Antwerp is the largest city here, a sprawling, bustling old port with doses of high fashion and high art in roughly equal measure. Further west, in the two provinces of Flanders, are the great Belgian medieval cloth towns of Bruges and Ghent, with a stunning concentration of Flemish art and architecture. Bruges in particular is the country’s biggest tourist pull, and although this inevitably means it gets very crowded, you shouldn’t miss it on any account.

Beyond lies the Belgian coast, which makes valiant attempts to compete with the seaside resorts of the rest of Europe but is ultimately let down by the coldness of the North Sea. Nonetheless, there are a couple of appealing seaside resorts, most notably De Haan, and the beaches and duney interludes along the coast are delightful. Nonetheless, you might be better off spending time in some of the other inland Flanders towns, not least Ieper, formerly and better known as Ypres, where every year visitors come to reflect on the stark sights of the nearby World War I battlefields and vast, sad acreages of cemeteries.

Marking the meeting of the Flemish and Walloon parts of Belgium, Brussels, the capital, is more exciting and varied than its reputation as a bland Euro-capital would suggest. Central enough to be pretty much unavoidable, it’s moreover useful as a base for day-trips, especially given that Belgium isn’t a large country and has an excellent public transport system. Bruges and Ghent are easily accessible from here, as is the old university city of Leuven to the east, and the cathedral city of Mechelen, halfway to Antwerp.

Flemish Brabant encircles Brussels, but to the south of the capital it narrows into a slender corridor beyond which lies Wallonian Brabant, distinguished by the splendid church at Nivelles and the elegaic abbey ruins at nearby Villers-la-Ville. To the west of Brussels, the Walloon province of Hainaut is dotted with industrial centres like Charleroi and more appealing Mons, but also home to the handsome old town of Tournai.

To the east lies Belgium’s most scenically rewarding region, the Ardennes, spread across the three provinces of Namur, Liège and Luxembourg. This is an area of deep, wooded valleys and heathy plateaux, often very wild and excellent for hiking, cycling and canoeing. Use either Namur or Luxembourg City as a jumping-off point for the heart of the region, at Bouillon or La Roche-en-Ardenne.

Belgians get through a lot of chocolate – several kilograms per person every year – but considering how good it is here, it’s a wonder it isn’t more. The Belgians picked up their love of chocolate via the most circuitous of historical routes. The Aztecs of Mexico were drinking chocolate, which they believed gave them wisdom and power, when Hernando Cortéz’s Spanish conquistadors turned up in 1519.

Cortéz took a liking to the stuff and, after butchering the locals, brought cocoa beans back to Spain as a novelty gift for the Emperor Charles V in 1528. Within a few years its consumption had spread across Charles’s empire, including today’s Belgium and Luxembourg. At first the making of chocolate was confined to a few Spanish monasteries, but eventually Belgians got into the act and they now produce what are generally regarded as the best chocolates in the world.

There are around two thousand chocolate shops around the country and even the smallest town or village will have at least one. Some brands are everywhere – Leonidas is perhaps the most ubiquitous; others include Godiva, Neuhaus and Moeder Babelutte. You won’t go far wrong buying from one of these places (it’s worth remembering that Belgian chocolates are cheaper in Belgium!). But try also to seek out the independent producers, for example Wittamer or Pierre Marcolini in Brussels, or Chocolate Line in Bruges, which may be a little more expensive but will often be higher quality and more interesting.

The extraordinarily ambitious Festival van Vlaanderen (Flanders Festival; wwww.festival.be) offers over 500 concerts of classical music in churches, castles and other historic venues in over eighty Flemish towns, cities and villages. Each of the big Flemish-speaking cities – Antwerp, Mechelen, Ghent and Bruges – gets a fair crack of the cultural whip, as does Brussels, with the festival celebrated for about two weeks in each city before it moves on to the next.

The list below provides the French and Flemish names of some of the more important towns in Belgium where the difference may cause confusion. The official name comes first, the alternative afterwards, except in the case of Brussels where both languages are of equal standing.

From travel safety to visa requirements, discover the best tips for traveling to Travel Guide Belgium 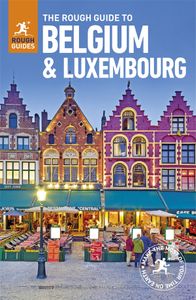