How to get to Morocco

The simplest way to get to Morocco is, of course, to fly. Alternatively, you could fly to France, Spain or Gibraltar and pick up a ferry there; or, from Britain or Ireland, you could go all the way by land and sea.

Fares usually depend on season, the highest being at Christmas and the New Year, and at the peak of summer in July and August, when seats can also be scarce. Flying at weekends may cost more than flying midweek.

You can often cut costs by going through an online or discount flight agent. The cheapest tickets will be subject to restrictions such as fixed dates, and some may require advance purchase.

Charter flights are sometimes cheaper than scheduled flights, but departure dates are fixed and withdrawal penalties are high, and it may end up costing less to pick up a package deal including accommodation.

Be aware that, on an indirect flight, tight connections make baggage loss more likely, and if your baggage goes astray in transit, you cannot have it delivered to your hotel in Morocco, but will have to go back to the airport to pick it up in person when it does arrive.

Royal Air Maroc (RAM; w royalairmaroc.com) run direct scheduled flights daily from London Heathrow to Casablanca, and twice-weekly flights to Tangier, and British Airways (w britishairways.com) fly from Heathrow to Casablanca, Marrakesh and Agadir. From Dublin, Aer Lingus (w aerlingus.com) fly once a week to Agadir, in winter only. In addition to these, there are no-frills flights to Marrakesh with EasyJet (w easyjet.com) from Gatwick and Manchester, and with Ryanair (w ryanair.com) from Luton and Stansted. EasyJet also fly from Gatwick to Agadir, Ryanair from Stansted to Fez, and ThomsonFly (w www.tui.co.uk) serve Marrakesh and Agadir from Gatwick and Manchester. Flights typically take around three and a half hours.

In addition to these, there are charter flights run by tour operators such as First Choice (w firstchoice.co.uk) from Britain or Sunway (w sunway.ie) from Ireland. Flights are usually from Gatwick, Manchester or Dublin, but occasionally other British and Irish airports, to Agadir and sometimes Marrakesh, although they do not necessarily fly all year and are not especially cheaper than scheduled services; they may also limit you to a two-week stay.

Otherwise, you can get an indirect flight to Morocco from most British or Irish airports via London or a European city such as Paris or Amsterdam. From Casablanca, it’s possible to take a connecting flight to most other Moroccan airports. The Spanish enclave of Melilla is served by Iberia (w iberia.com) via Madrid.

A return flight from London to Casablanca with RAM will cost £180–260, depending on the specific flights you choose, and how early you book. Fares on flights with the no-frills airlines depend on demand, and can vary from as little as £60 up to £350 for the round trip (the earlier you book, the lower the price will be). A charter flight from Ireland will cost around €200–450 return, while an indirect scheduled flight will set you back €360–800 depending on the time of year and the popularity of the flight (scheduled flights to Marrakesh cost more than to Casablanca).

It is also possible, and often a lot cheaper, to take a flight to Málaga or Gibraltar, where you can either get a ferry directly across the Straits, or take a bus to Algeciras for more frequent ferries from there. Airlines such as EasyJet and Ryanair run low-cost flights to Málaga from several British and Irish airports. From Gibraltar you’d have to walk across the border to La Linea for the bus. From Málaga airport, there are a two daily direct buses to Algeciras, or else you can change at Marbella (see w venta.avanzabus.com for details).

Royal Air Maroc (RAM; w royalairmaroc.com) run nonstop flights to Casablanca from New York and Montreal (flight time 7hr 30min). The alternative is to take an indirect flight with a European carrier, changing planes at their European hub. Those serving Casablanca include Air France (w airfrance.com), Alitalia (w alitalia.com) and Lufthansa (w lufthansa.com), while Iberia (w iberia.com) fly to Casablanca, Marrakesh, Rabat, Tangier and the Spanish enclave of Melilla. If you’re flying from elsewhere in North America, you can take a connecting flight to New York or Montreal and continue from there on RAM (Delta codeshare the New York flight, so they should be able to sell you a through ticket without much trouble), or buy a through ticket via Europe with a European airline, or with a North American airline such as Air Canada (w aircanada.com), American (w aa.com), Continental (w continental.com), Delta (w delta.com) or United (w united.com) in conjunction with a European carrier.

From New York, you can expect to pay (including tax) US$1200 in high season, or US$900 in low season for the cheapest flight to Casablanca. From Montreal, the fare will be Can$1300/1200 in high/low season. Getting to Morocco from the west coast will obviously cost more: expect to pay upwards of US$1500/1150 to Casablanca from LA in high/low season, or Can$1965/1425 from Vancouver.

There are no direct flights from Australia, New Zealand or South Africa to Morocco. From Australasia, you will need to change planes in Europe or the Middle East. Emirates (w emirates.com) or Etihad (w etihadairways.com) via the UAE are often the most convenient airlines, with Emirates in particular offering a decent choice of Australian and New Zealand airports to depart from. Alternatively, you can also fly with a European airline such as Lufthansa (w lufthansa.com) or Air France (w airfrance.com), or buy a through ticket with Qantas (w qantas.com) or Air New Zealand (w airnz.co.nz) in conjunction with their partners in Europe, which has the advantage of offering a wider choice of departure airports.

Flying from South Africa, you could fly with an operator such as Emirates (w emirates.com) via Dubai, Egyptair (w egyptair.com) via Cairo, or Air France (w airfrance.com) via Paris. The most direct route, however, is to fly SAA (w flysaa.com) to Dakar, changing there onto a Royal Air Maroc (w royalairmaroc.com) flight to Casablanca. Expect to pay upwards of ZAR5665 from Johannesburg to Casablanca year-round.

By rail from the UK and Ireland

London to Morocco by train and ferry via Paris, Madrid and Algeciras, takes a good two days at full pelt, and will usually cost rather more than a flight. The journey from London to Algeciras costs upwards of £125; details can be found on the Man in Seat 61 website at w seat61.com/Morocco.htm. Tickets for the London to Paris stage are available online from Eurostar (w eurostar.com), for Paris–Madrid from Rail Europe (w raileurope.co.uk), and for Madrid to Algeciras from the Spanish railway company RENFE (w renfe.es); be aware that seat reservation is compulsory, so it’s advisable to book all your connections in advance, or you may not be able to get on your preferred train.

By bus from the UK and Ireland

There are bus services with Eurolines (w eurolines.com) from London’s Victoria Coach Station to Algeciras for the boat to Tanger-Med, but they aren’t an attractive option. It’s a gruelling two-day journey, including a change of bus in Paris and another in Spain, and Eurolines won’t sell you a single through ticket, so you would need to buy one from London to Paris (£35 if booked seven days ahead), and another from Paris to Algeciras (€120), making sure that both are available before you actually book either one. Connections from elsewhere in Britain and Ireland can involve long stopovers in London.

By car from the UK and Ireland

Driving to Morocco, allow a minimum of four days from London or southern England, and five days from Scotland or Ireland. The most direct route is: London–Channel Tunnel–Calais–Paris–Tours–Bordeaux–Bayonne–San Sebastián (Donostia)–Madrid–Granada–Málaga–Algeciras. French and Spanish motorways charge hefty tolls, but routes that avoid them are much slower. From Ireland, you can cut out Britain by taking a ferry to France with Brittany Ferries (w brittany-ferries.co.uk) or Irish Ferries (w irishferries.com). From Britain, you can cut out the French section of the route by taking a direct ferry to northern Spain with Brittany Ferries. Otherwise, you can cut out Spain by taking a ferry to Morocco from Sète in France (see Ferry routes).

Leaving Europe for Morocco proper (not Ceuta or Melilla), you have to go through passport control before boarding the ferry. Once on board, you have to obtain a disembarkation form from the purser’s office, fill it in, and submit it with your passport for stamping to a Moroccan immigration official on the boat. Announcements to this effect are not always made in English, but if you don’t have a stamp, you’ll have to wait until everyone else has cleared frontier and customs controls before being attended to. When disembarking, show your newly acquired stamp to a Moroccan policeman at the exit.

Most ferries to Tangier now dock at the new port of Tanger Med, 40km east of Tangier itself, although there is a free shuttle bus into town. Only the catamaran from Tarifa drops you at Tangier’s old port, from which you can walk straight into town.

Returning from Morocco to Spain, you need to collect an embarkation form and departure card at the ferry port and have these stamped by the port police prior to boarding your ferry.

Taking a vehicle to Morocco you must take out insurance; the best way to do this is to get Green Card Insurance (w direct.gov.uk/en/motoring/owningavehicle/motorinsurance) covering Morocco before you leave (it speeds things up on arrival if the reference to Morocco is prominent and in French). Failing that, you can obtain insurance from Assurance Frontière at the border or port of entry. You will also need your vehicle registration document – which must be in your name or accompanied by a letter from the registered owner. Trailer caravans, as well as the vehicle itself, need temporary importation documents (D16TER), which are obtainable at the frontier (or on the ferry, if not travelling to Ceuta or Melilla) for no charge. Information on driving in Morocco can be found under “Getting Around”, as can information on legal requirements for driving. 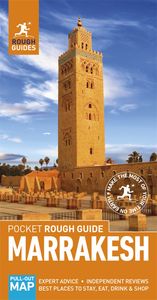