AGADIR was, by all accounts, a characterful port, prior to the terrible earthquake of 1960 that completely destroyed it. Just four years into independence, the earthquake was an especially traumatic event, but its reconstruction showed modern Morocco at its best, and half a century on, the result is quite impressive. Swathes of park and garden break up the hotel and residential zones, and the magnificent beach is untrammelled by Spanish Costa-style high-rise building. It sometimes feels that the city is a little souless, but the lack of bustle has novelty value coming from any other Moroccan town. Despite the air of calm, Agadir is nonetheless the core of Morocco’s fifth-biggest urban conglomeration, with a population of some 700,000. Its main industry, as will be immediately apparent to even a casual visitor, is tourism.

Downtown Agadir is centred on the junction of Boulevard Hassan II and Avenue Prince Moulay Abdallah with Avenue du Prince Sidi Mohammed. Rebuilt in 1960s “modernist” style, it has all the trappings of a town centre, with office blocks, a post office, town hall (Hôtel de Ville), municipal market and banks. Just to the northeast is an area known as Talborjt, with a concentration of budget hotels and small café-restaurants.

Agadir’s history closely parallels that of Morocco’s other Atlantic ports. It was colonized first by the Portuguese in the fifteenth century, then, recaptured by the Saadians in the sixteenth, carried on its trading with intermittent prosperity, overshadowed, more often than not, by the activities of Mogador (Essaouira) and Mazagan (El Jadida).

Abroad, Agadir’s name was known mainly for the Agadir Crisis of 1911, when, during the run-up to World War I, Germany sent a warship to Agadir bay to support Moroccan independence against French designs. Germany’s real motive – to undermine a Franco-British alliance by using Britain and France’s conficting interests in Morocco – failed when Britain cut a deal with France, allowing the French to split Morocco with Spain while the British got a free hand in Egypt and Cyprus.

The really big event in Agadir’s history was the devastating earthquake of February 29, 1960: a tremor that killed 15,000 and left most of the remaining 50,000 population homeless. In the aftermath, the whole place had to be rebuilt from scratch.

The trip up to Immouzer des Ida Outanane – via Paradise Valley, a beautiful palm-lined gorge – is a superb excursion from Agadir. It is feasible in a day (Immouzer is 62km from Agadir) but it is more enjoyable to stay at one of the auberges or camp in the valley. Paradise Valley begins around 10km east of Aourir, a deep, palm-lined gorge, with a river snaking along the base. There’s a well-marked 2.7-kilometre walking trail at around 28km from Aourir, or you can hire a mule to explore the valley’s Berber villages, and it’s a glorious place to camp, though pitch your tent well away from the riverbed in case of flash floods.

From Paradise Valley, a further 20km of winding mountain road takes you to the village of IMMOUZER DES IDA OUTANANE, a small regional and market centre (of the Ida Outanane tribe, as its full name suggests) tucked away in a westerly outcrop of the Atlas. The waterfall, for which the village was renowned, is nearby, and was best seen at its foot, 4km downhill to the northwest. Unfortunately the falls have been very adversely affected by drought over the last few years; tight control of irrigation now reduces the cascade on most occasions to a trickle, with the villagers “turning on” the falls for special events only. However, the petrified canopy of the falls is of interest in its own right, and there’s a full plunge pool.

The whole area is perfect for walkers. A four-kilometre surfaced road twists down to the foot of the falls, with cafés and souvenir stalls on both sides of the riverbed. A path from the lowest point in the garden of the Hôtel des Cascades follows a water channel across cliffs (it’s then possible to scramble down into the olive groves, but it isn’t a route for the timid or unfit, and ascending again is harder still). Several of the staff at the hotel can help you spot local birdlife, including golden eagles and crag martins.

In Immouzer village, there’s a souk every Thursday. The local speciality is honey, made by bees that browse on wild thyme, lavender and other mountain herbs. There’s also a five-day honey moussem in late July or early to mid-August. Note if you are considering buying honey here that it may well be illegal for you to import it into your home country.

The Massa lagoon, on the coast around 40km south of Agadir, is part of the Souss–Massa National Park, and is one of Morocco’s most important bird habitats, attracting unusual desert visitors and often packed with flamingos, avocets and ducks. The best times to visit are March to April or October to November. Most transport takes you to Massa village, from which you can walk along the oued, an area rich in birdlife, and to the beach at Sidi Rbat. It was here in 682 AD, according to legend, that the Arab general Okba Ibn Nafi, after sweeping westward with his armies to take North Africa for Islam, famously rode his horse into the ocean, declaring before God that only the sea prevented him from going further. The beach itself is often misty and overcast – even when Agadir is basking in the sun – but on a clear day, it’s as good as anywhere else and the walks are enjoyable.

Oued Massa has a rich mix of habitats and draws a fabulous array of birds. The sandbars are visited in the early morning by flocks of sandgrouse (black-bellied and spotted) and often shelter large numbers of cranes; the ponds and reedbed margins conceal various waders, such as black-tailed godwit, turnstone, dunlin and snipe, as well as the black-headed bush shrike (tschagra) and little crake; the deeper open waters provide feeding grounds for greater flamingo, spoonbill, white stork and black-winged stilt; and overhead the skies are patrolled by marsh harrier and osprey. The surrounding scrubby areas also hold black-headed bush shrike and a variety of nocturnal mammals such as Egyptian mongoose, cape hare and jackal, while Sidi Rbat has a local population of Mauritanian toads.

Eighteen kilometres from Agadir is the fishing village of TAGHAZOUT (Tarhazoute, or even Taghagant). At one time Morocco’s hippy resort par excellence, it is now the country’s main surfing resort instead, but the laidback vibe and friendly relationship between villagers and tourists remains. Several surf shops rent out, sell or repair boards, and sell surfing accoutrements (the longest established is Free Surf on Rue Sidi Said Ouhmed, just opposite the main square).

The main movers and shakers on the surfing scene are British firm Surf Maroc, who rent out equipment from their office at Taghazout Villa, and offer surf guiding and tuition along with accommodation in Taghazout. They also rent out apartments at surfing spots further north.

For right-footed surfers, the points just north of Taghazout are an absolute paradise, with a cluster of excellent right-hand breaks. Six kilometres north of the village, Killers, named after the killer whales which are often seen here, has one of the most consistent breaks, a powerful, perfectly peeling charger which breaks over a cliff shelf. Source, just south of Killers, is so called for the fresh water bubbling up underneath it. Anchor Point, just north of Taghazout, has long waves and big breaks, while at the north end of the village beach itself, Hash Point is supposedly used by those too stoned to make it to the others. A number of places in Taghazout, such as Almugar Surf Shop by the bus stop, rent and repair surfing equipment.

There are also good surf spots north and south of Taghazout, notably at Banana Beach between Aourir and Tamraght, and Cro Cro Beach just north of Tamraght, and at Cap Rhir near Tamri. Further information about surf spots around Taghazout can be found on the Surf Maroc website.

Prices for crafts and souvenirs in Agadir are generally high. Good first stops are Adrar, 30 Av Prince Moulay Abdallah (daily 8am–8pm), which has fixed, marked prices, although some of its “Moroccan” souvenirs actually come from India, and Uniprix, at the corner of Boulevard Hassan II and Avenue Prince Sidi Mohammed (daily 8.15am–1pm & 2.15–8.15pm), which sell goods at fixed prices, as does the chaotic Ensemble Artisanal (Mon–Fri 9am–7pm, though individual shops may open later, close for lunch or shut earlier) on Avenue du 29 Février, just north of Place Lahcen Tamri. There are stalls selling crafts in the Souk el Had.

For food and drink, Sawma Supermarket, 1 Rue Hôtel de Ville, just off Boulevard Hassan II near Rue de la Foire, has a good selection, and Uniprix also sells the cheapest booze, along with general provisions, hidden away at the back behind the clothes and tourist tat. The biggest supermarket is Marjane, just out of town on the Inezgane road. The Souk el Had and the market in Talborjt are good for fresh produce. The honey shop at 129 Rue Marrakech, by the junction with Avenue Mouqaouama, sells various kinds of honey, and olive and argan oil. In Talborjt, Fromital at 6 Rue Fal Ould Omair (daily 8am–6pm) purveys its own excellent, locally produced cheeses (also available at big supermarkets elsewhere in the country).

Agadir’s most impressive market is the Souk el Had, in a massive walled enclosure on Rue Chair al Hamra (Tues–Sun 8am–6pm), selling fruit, vegetables, household goods and clothes, with a few tourist stalls thrown in. Sunday is the big day, when it spreads out over the neighbouring streets, as people come from all over the region to buy and sell their wares. 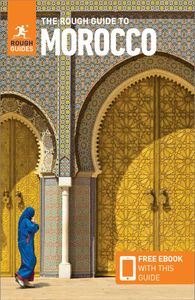