The northern part of Powys is made up of the old county of Montgomeryshire (Maldwyn), an area of enormously varying landscapes and few inhabitants. The solid little town of Llanidloes is a base for ageing hippies on the banks of the infant River Severn (Afon Hafren). To the east, the muted old county town of Montgomery, with its fine Georgian architecture, perches amid gentle, green hills above the border and Offa’s Dyke. Further north, Welshpool, the only major settlement, is packed in above the wide flood plain of the Severn; with its good pubs and hotels it’s a fair base for Montgomeryshire’s one unmissable sight, the sumptuous Powis Castle and its exquisite terraced gardens.

The hills and plains of northern Montgomeryshire conceal a maze of deserted lanes along the contours that swell up towards the north and the foothills of the Berwyn mountains. The only town of any size is Llanfyllin, ten miles northwest of Welshpool, a handsome place with a Thursday market. Continuing west, you’ll come to Lake Vyrnwy; pressing north there’s Pistyll Rhaeadr, Wales’s highest waterfall.

A monument to the self-aggrandizement of the Victorian age, Lake Vyrnwy (Llyn Efyrnwy) combines its functional role as a water supply for Liverpool with a touch of architectural genius in the shape of the huge nineteenth-century dam at its southern end and the turreted straining-tower that edges out into the icy waters. It’s a magnificent place, with a number of nature trails, and a popular spot for walking and birdwatching. The Coed-y-Capel hide, at the northern end of the lake, is dedicated to spotting peregrines, and in the small hide across the road from the RSPB Visitor Centre, you can sit and watch forest birds attacking the feeders outside the windows.

The small market town of LLANIDLOES, twelve miles north of Rhayader, has developed from a rural village to a weaving town, and is now an arty, alternative-lifestyle kind of place. One of mid-Wales’s prettiest towns, it has four main streets that meet at the black-and-white market hall, built on timber stilts in 1600. Running parallel with the length of the market hall are China Street and Long Bridge Street; the latter has some interesting little shops.

Eastern Montgomeryshire’s chief town of WELSHPOOL (Y Trallwng), seven miles north of Montgomery, was formerly known as just Pool, its prefix added in 1835 to distinguish it from the English seaside town of Poole in Dorset. Lying in the valley of the River Severn, just three miles from the English border, it’s an attractive place, with fine Tudor, Georgian and Victorian buildings in the centre, and the fabulous Powis Castle nearby.

In a land of ruined castles, the sheer scale and beauty of Powis Castle is quite staggering. On the site of an earlier Norman fort, the castle was started in the reign of Edward I by the Gwenwynwyn family; to qualify for the site and the barony of De la Pole, they had to renounce all claims to Welsh princedom. In 1587, Sir Edward Herbert bought the castle and began to transform it into the Elizabethan palace that survives today. Inside, the Clive Museum – named after Edward Clive, son of Clive of India, who married into the family in 1784 – forms a lively account of the British in India, through diaries, letters, paintings, tapestries, weapons and jewels. But it is the sumptuous period rooms that impress most, from the vast, kitsch frescoes by Lanscroon above the balustraded staircase, to the mahogany bed, brass-and-enamel toilets and decorative wall hangings of the state bedroom. The elegant Long Gallery has a rich sixteenth-century plasterwork ceiling overlooking winsome busts and marble statuettes of the four elements, placed between glowering family portraits.

The gardens, designed by Welsh architect William Winde, are spectacular. Dropping down from the castle in four huge, stepped terraces, the design has barely changed since the seventeenth century, with a charming orangery and trim topiary. In summer, there are outdoor concerts, frequently with fireworks. 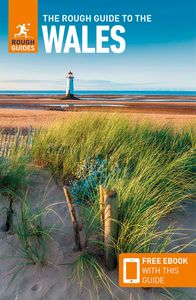