Cardigan Bay (Bae Ceredigion) takes a huge bite out of the west Wales coast, leaving behind the Pembrokeshire peninsula in the south and the Llŷn in the north. Between them lies the Cambrian coast, a loosely defined mountain-backed strip periodically split by tumbling rivers, which stretches from Cardigan up to Harlech. Large sand-fringed sections are peppered with low-key coastal resorts, peopled in the summer by families from the English Midlands.

The southern Ceredigion coast is broken by some spirited little ports, all soaked in a relaxed, upbeat and firmly Welsh culture: the old county town of Cardigan fringed by the lovely Teifi Marshes and Cilgerran Castle; higgledy-piggledy New Quay; and pretty Georgian Aberaeron. Ceredigion’s main town is ebullient Aberystwyth, a great base for the waterfalls and woods of the Vale of Rheidol out towards Devil’s Bridge and the red kites at Bwlch Nant yr Arian.

To the north, the flat river plain and rolling hills of the Dyfi Valley lay justifiable claim to being one of the greenest corners of Europe. Their focal point is the genial town of Machynlleth, a candidate for the Welsh capital in the 1950s and site of Owain Glyndŵr’s embryonic fifteenth-century Welsh parliament. In the hills to the north lies the fascinating Centre for Alternative Technology. Machynlleth looks up at one of Wales’s most inspirational mountains, Cadair Idris (2930ft), incised by the Talyllyn Valley (with its toy railway) and the delightful Dysynni Valley. On its northern flank, the beautiful Mawddach estuary snakes its way seaward from grey-stone Dolgellau, springboard for the mountain biking and forest pursuits at Coed-y-Brenin. The coast begins to feel more like north Wales at hilltop fortress of Harlech where the castle overlooks the dunes and the Llŷn.

ABERAERON, seven miles northeast of New Quay, comes as something of a surprise. This little nugget of Georgian architecture was built by the Reverend Alban Gwynne, who spent his wife’s inheritance dredging the Aeron Estuary and constructing a planned town around it as a new port for Mid-Wales. The colourful terraces of quoin-edged buildings around Alban Square and along Quay Parade are undoubtedly pretty, though the moneyed weekenders from Cardiff (and even London) are more interested in the excellent array of places to stay as well as the good restaurants.

Aberaeron’s beach is unappealing, so head out along the coast path or just amble around the streets and waterfront and graze in its cafés and pubs.

The liveliest seaside resort in Wales, ABERYSTWYTH is an essential stop. With two long, gentle bays curving around between rocky heads, its position is hard to beat, and being rooted in all aspects of Welsh culture, it is possibly the most enjoyable and relaxed place to gain an insight into the national psyche. As the capital of sparsely populated Mid-Wales, and with one of the most prestigious university colleges in the country, it offers plenty of things to do, and has a nice array of Victorian and Edwardian seaside trappings. Politics here are firmly radical Welsh – in a country that still struggles with its inherent conservatism, Aberystwyth is a blast of fresh air.

An ancient former port of CARDIGAN (Aberteifi) was founded by the Norman lord Roger de Montgomery in 1093 around a castle (closed to the public). From the castle, Bridge Street sweeps up to the turreted oddity of the Guildhall, through which you access the town’s covered market, a typically eclectic mix of fresh food, local crafts and secondhand stalls. Cardigan sits at the lowest bridging point of the River Teifi, one of Wales’s most eulogized rivers, for its rich spawn of fresh fish, its meandering rural charm and the coracles that have been a regular feature since pre-Roman times.

The handsome former county town of DOLGELLAU still maintains an air of unhurried importance, never more so than when all the area’s farmers pile into town for market. With the lofty crags of Cadair Idris framing the grey squares and streets, Dolgellau feels as Welsh as it is possible to be.

For years, mountain bikers from around Britain and beyond have been flocking to Coed-y-Brenin for some of Wales’s finest mountain biking. With the addition of dedicated forest running and walking trails, a high ropes adventure, orienteering and Geocaching courses and a kids’ play area, it has developed into one of the most popular spots in southern Snowdonia. At the visitor centre you can rent bikes, buy a pack of trail maps, take a shower and recover in the good café.

There some great walks and beautiful cycle trails around Dolgellau. Here are a couple of the best; the Dolgellau tourist office has details of many more.

Easy-going loop with great views to the 1000ft ramparts of Cadair Idris and along the Mawddach Estuary – best in late afternoon or early morning sun.

If the weather is fine, don’t miss this classic and enjoyable ascent of Cadair Idris. Early views to the craggy flanks of the massif are tremendous, but they disappear as you climb steeply to the col, where you turn left on a rocky path to the summit shelter on Penygadair (2930ft).

Charming HARLECH, twenty miles northwest of Dolgellau, is one of the highlights of the Cambrian coast, with its time-worn castle dramatically clinging to its rocky outcrop and the town cloaking the ridge behind, commanding one of Wales’s finest views over Cardigan Bay to the Llŷn.

Harlech’s substantially complete castle sits on its 200ft-high bluff, a site chosen by Edward I for one more link in his magnificent chain of fortresses. Begun in 1285, it was built of a hard Cambrian rock, known as Harlech grit, hewn from the moat. Harlech withstood a siege in 1295, but was taken by Owain Glyndŵr in 1404. The young Henry VII withstood a seven-year siege at the hands of the Yorkists until 1468, when the castle was again taken. It fell into ruin, but was put back into service for Charles I during the Civil War; in March 1647, it was the last Royalist castle to fall. The first defensive line comprised the three successive pairs of gates and portcullises built between the two massive half-round towers of the gatehouse, where an exhibition now outlines the castle’s history. Much of the castle’s outermost ring has been destroyed, leaving only the 12ft-thick curtain walls rising up 40ft to the exposed battlements. Only the towering gatehouse prevents you from walking the full circuit.

Eighteen miles northeast of Aberystwyth is MACHYNLLETH (pronounced “ma-hun-cthleth”), a bustling little place with a great vibe, as well being the undisputed centre of all things “New Age”, thanks in large part to the nearby Centre for Alternative Technology. The wide main street, Heol Maengwyn, is busiest on Wednesdays, when a lively market springs up; Heol Penrallt intersects this at the fussy clocktower.

After the oil crisis of 1974, seven acres of a once-derelict slate quarry were turned into the Centre for Alternative Technology (CAT), an almost entirely sustainable community. At one stage, eighty percent of the power was generated from wind, sun and water, but this is no back-to-the-land hippy commune. Much of the on-site technology was developed and built here, but with the rise of eco-consciousness the emphasis has shifted more towards promoting its application in urban situations. CAT’s water-balanced cliff railway whisks visitors 200ft up from the car park to the beautiful main site, sensitively landscaped using local slate and wood, and you can easily spend half a day sauntering around. There’s plenty for kids, a good wholefood restaurant and an excellent shop. Check the website for summer residential volunteer programmes.

Owain Glyndŵr has remained a potent figurehead of Welsh nationalism since he rose up against the occupying English in the early fifteenth century. He was born into an aristocratic family, and studied English in London, where he became a distinguished soldier of the English king. When he returned to Wales to take up his claim as Prince of Wales, he became the focus of a rebellion born of discontent with the English rulers.

Glyndŵr garnered four thousand supporters and attacked Ruthin, Denbigh, Rhuddlan, Flint and Oswestry, before finally encountering English resistance at Welshpool. In a vain attempt to break the spirit of the rebellion, England’s Henry IV drew up severely punitive laws, even outlawing Welsh-language bards and singers. Even so, by the end of 1403, Glyndŵr controlled most of Wales. In 1404, he was crowned king of a free Wales and assembled a parliament at Machynlleth, where he drew up mutual recognition treaties with France and Spain. Glyndŵr made plans to carve up England and Wales into three as part of an alliance against the English king, but started to lose ground before eventually being forced into hiding (where he died). The anti-Welsh laws remained in place until the coronation of Henry VII, who had Welsh origins, in 1485, and Wales was subsequently subsumed into English custom and law.

NEW QUAY (Cei Newydd) lays claim to being the original Llareggub in Dylan Thomas’s Under Milk Wood. Certainly, it has the little tumbling streets, prim Victorian terraces, cobbled stone harbour and air of dreamy isolation that Thomas evoked in his play. Although there is a singular lack of excitement in town, it’s a pleasant base for good beaches, dolphin-spotting and the rocky promontory of New Quay Head, where the invigorating coast path steers along the top of aptly named Bird Rock.

The Vale of Rheidol

Inland from Aberystwyth, the River Rheidol winds its way up to a secluded, wooded valley, where old industrial workings have sometimes moulded themselves into the contours, rising up past waterfalls and hamlets to Devil’s Bridge. The latter is best accessed by narrow-gauge railway; otherwise you need your own transport.

Steam trains on the narrow-gauge Vale of Rheidol Railway wheeze their way along steep hillsides from the Aber terminus to Devil’s Bridge. It was built in 1902, ostensibly for the valley’s lead mines but with a canny eye on its tourist potential as well, and has run ever since.

The bridge spanning the chasm of the churning River Mynach is actually three stacked bridges – the eleventh-century original, a stone arch from 1753 and the modern road bridge. Enter the turnstile upstream of the bridge and head down slippery steps to the deep cleft for a remarkable view of the Punch Bowl, where the water pounds and hurtles through the gap crowned by the bridges.

Bwlch Nant yr Arian is famous for its red kites, easy walks and varied mountain biking (no rentals). From the visitor centre, which has a decent café with a lovely deck, three well-marked walking trails (30min, 1hr & 2hr) head out into the evergreen forest and among the abandoned lead-mining detritus. The easiest and shortest trail loops around a lake past the kite hide, a superb spot for watching the daily red kite feeding (3pm, 2pm in winter) when 20lb of beef and lamb lure up to two hundred kites. 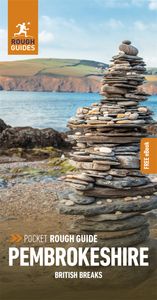