This five-hundred-kilometre stretch of Atlantic coastline takes in Morocco’s urban heartland and accounts for close to a fifth of the country’s total population. It’s an astonishingly recent growth along what was, until the French Protectorate, a neglected strip of coast. The region is dominated by the country’s elegant, orderly administrative capital, Rabat; and the dynamic commercial capital, Casablanca. Keep heading south, and you’ll encounter some delightfully low-key coastal resorts, including El Jadida, Oualidia and Essaouira. This is the most Europeanized part of Morocco, where you’ll see middle-class people in particular wearing Western-style clothes and leading what appear on the surface to be quite European lifestyles.

The fertile plains inland from Rabat (designated Maroc Utile, or “Useful Morocco”, by the French) have been occupied and cultivated since Paleolithic times, with Neolithic settlements on the coast to the south, notably at present-day Temara and Skhirat, but today it is French and post-colonial influences that dominate in the main coastal cities. Don’t go to Casa – as Casablanca is popularly known – expecting some exotic movie location; it’s a modern city that looks very much like Marseilles, the French seaport on which it was modelled. Rabat, too, which the French developed as a capital in place of the old imperial centres of Fez and Marrakesh, looks markedly European, with its cafés and boulevards, though it also has some of Morocco’s finest and oldest monuments, dating from the Almohad and Merenid dynasties. If you’re on a first trip to Morocco, Rabat is an ideal place to get to grips with the country. Its Westernized streets make an easy cultural shift and it’s an excellent transport hub, well connected by train with Tangier, Fez and Marrakesh. Casa is maybe more interesting after you’ve spent a while in the country, when you’ll appreciate both its differences and its fundamentally Moroccan character.

Along the coast are a large number of beaches, but this being the Atlantic rather than the Mediterranean, tides and currents can be strong. Surfing is a popular sport along the coast and Essaouira is Morocco’s prime resort for windsurfing.

Despite its strategic site at the mouth of the great Oum er Rbia River, AZEMMOUR has always been a backwater, and sees fewer tourists than any other Moroccan coastal town, making it a quiet, rather sedate place to visit, and perhaps stay in one of the riads in its whitewashed clifftop Medina.

Once in town, getting your bearings is pretty straightforward. The town lies between the N1 Casablanca–El Jadida highway and the El Jadida coastal road, and red petits taxis constantly ply the route between the two roads. The main thoroughfare is Avenue Mohammed V, which leads to a busy, grassed square, Place du Souk, with the Medina straight ahead.

The Portuguese remained in Azemmour long enough to build a circuit of walls, directly above the banks of the river and dramatically extended by the white Medina. The best view of all this – and it is impressive – is from across the river, on the way out of town towards Casablanca.

To look round the Medina, make your way to Place du Souk, on the landward side of the ramparts, where you will see a sixteenth-century gate with an unusual, European-style, semicircular arch. Through it extends the old kasbah – largely in ruins but safe enough to visit. If you wait around, the local gardien will probably arrive, open things up and show you round; if he doesn’t turn up, you might find him by asking at the cafés overlooking Place du Souk. Once inside the ruins, you can follow the parapet wall round the ramparts, with views of the river and the gardens, including henna orchards, along its edge. Also here is Dar el Baroud (The House of Powder), a large tower built over the ruins of an old gunpowder store; note also the ruined Gothic window.

The old Mellah – Azzemour had a substantial Jewish population until the 1960s – lies beyond the kasbah at the northern end of the Medina. Here, beside ramparts overlooking the Oum er Rbia, is the old town synagogue which is still well maintained and visited occasionally by practising Jews from Casablanca and El Jadida. It’s cared for by a local family and you can – for a small donation – look inside to see the tomb of Rabbi Abrahim Moul Niss, a shrine for Jewish pilgrims and the focus of an August moussem.

The river currents at Azemmour are notoriously dangerous, but there’s a nice stretch of beach half an hour’s walk or a petit taxi ride (5dh) through the eucalyptus trees beyond the town. If you go by road, it’s signposted to the “Balnéaire du Haouzia”, a small complex of company holiday cabins occupying part of the sands.

For birdwatchers, the scrub dunes around the mouth of the river should prove rewarding territory.

Accommodation and eating in Azemmour

Accommodation and dining options are limited. Other than the in-house restaurants (open to non-residents) of the two excellent maisons d’hôte listed below, there are a few café-restaurants located around Pl du Souk.

The coast from Rabat to Casa

Between Rabat and Casablanca lies a number of sandy beaches, popular with locals from both cities, especially during the summer holiday months. Apartment complexes are steadily taking over large tracts of the coastline here, supplying an increasing demand for city workers willing to commute.

Thirteen kilometres south of Rabat, the town of Temara is notable primarily for its small kasbah, which dates from Moulay Ismail’s reign during the seventeenth and eighteenth centuries. However, most visitors come here for it’s beach, Temara Plage, 4km west of town. Packed in summer and deserted for the rest of the year, it’s a pleasant if slightly wild stretch of golden sand; the sea here offers the odd wave for surfers but only confident swimmers should venture out past the breakers.

Coup on the coast

The Royal Palace at Skhirat Plage, between Rabat and Mohammedia, was the site of a coup attempt by Moroccan generals during King Hassan II’s birthday celebrations in July 1971. The coup was mounted using a force of Berber cadets, who took over the palace, imprisoned the king and killed a number of his guests. It was thwarted by the apparently accidental shooting of the cadets’ leader, General Mohammed Medbuh, and by the strength of personality of Hassan, who reasserted control over his captors. Among the guests who survived was Malcolm Forbes. The palace still stands, though it has understandably fallen from royal favour.

The coastal port city of SAFI, halfway between El Jadida and Essaouira, with an old Medina in its centre, walled and turreted by the Portuguese, has a strong industrial-artisan tradition, with a whole quarter devoted to pottery workshops. These have a virtual monopoly on the green, heavily glazed roof tiles used on palaces and mosques, as well as providing Morocco’s main pottery exports, in the form of bowls, plates and garden pots.

Safi has two main squares, Place de l’Indépendance, just south of the Medina, and Place Mohammed V on the higher ground in the Ville Nouvelle (also known as the Plateau).

Safi’s famed sardines are caught in the deeper waters of the Atlantic, from Boujdour in the south to Safi in the north. There are around five hundred 18- to 20-metre wooden trawlers in the town fleet and you can still see them being made in the boatyards at Safi, Essaouira and Agadir. The fleet lands 350,000 tonnes of sardines annually (seventy percent of the country’s total seafood catch) and most of them are canned in Safi. Increasingly, those caught further south are landed at the nearest port and brought to Safi in refrigerated trucks. Most of the tins get sold abroad – Morocco being the world’s largest exporter of sardines.

Though now essentially a suburb of Rabat, SALÉ was the pre-eminent of the two right through the Middle Ages, from the decline of the Almohads to the pirate republic of Bou Regreg. Under the Merenids, as a port of some stature, it was endowed with monuments such as its superb Medersa Bou Inan.

In the twentieth century, after the French made Rabat their capital and Casablanca their main port, Salé became a bit of a backwater. The original Ville Nouvelle was just a small area around the bus station and the northern gates, but recent developments have changed this, with a major project, Bou Regreg Marina, now taking shape on the riverbank. For the most part, Salé still looks and feels very different from Rabat, particularly within its medieval walls, where the souks and life remain surprisingly traditional. 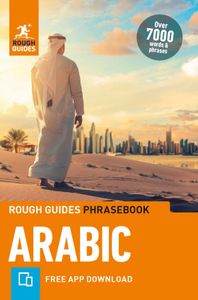