The town of UJI (宇治), thirty minutes’ train ride south of Kyoto, has a long and illustrious past and boasts one of Japan’s most fabulous buildings, the Byōdō-in – for a preview, look at the reverse side of a ¥10 coin.

Somehow this eleventh-century hall, with its glorious statue of Amida Buddha, survived war, fire and years of neglect, and today preserves a stunning display of Heian-period art at its most majestic. Uji is also famous for being the setting of the final chapters of The Tale of Genji, and there is now a museum entirely devoted to this aspect of the town’s past. While you’re here, see the tea fields and sample some of Uji’s famous green tea; since the fourteenth century, this area’s tea leaves have been rated among the best in the country. Uji can easily be visited on a half-day excursion from Kyoto, and it’s only a little bit further from Nara.

The Tale of Genji Museum

The small but engaging The Tale of Genji Museum (源氏物語ミュージアム) is a delightful place to connect with Japan’s literary history. The Tale of Genji was written in the early eleventh century by Murasaki Shikibu, the daughter of an official of the Imperial Court in Kyoto, and is regarded as the world’s first novel.

It is an epic saga of love affairs, court intrigues and political machinations, centring on Genji, the Shining Prince, the beautiful son of an emperor and his concubine. The book’s finale is set in Uji, which Murasaki Shikibu would have known intimately – she was a distant relative of Fujiwara Michinaga and she served as lady-in-waiting to his daughter, Empress Akiko.

At the museum, you can learn about the fictional world of Genji in 3-D format, which includes a reproduction of a Heian-period home and an animated film based on the heroine of the Uji chapters, Ukifune. Pick up one of the English-language pamphlets which explain the basics of the museum at the entrance. To get to the museum, cross over Uji bridge, north of Byōdō-in, towards Keihan Uji Station, and take a right turn up the hill.

The tea fields of Uji

Uji is the second-biggest tea-growing region in Japan (the largest is Shizuoka in the east of the country) and the area’s tea leaves have supplied Kyoto’s tea culture since the fourteenth century, when seeds brought over from China were first planted.

It has become possible only quite recently to visit Uji’s tea fields and tea-processing factories, and the best time to do so is in May, when the first leaves of the season, later drunk as shin-cha (“new tea”), are being picked. Obubu Tea Plantations and Shohokuen are two growers which have recently started offering field and factory tours to tourists during the picking season; check their websites for details. 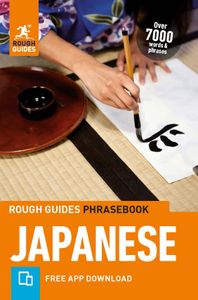