Culture and Etiquette in Greece

In many ways, Greece is a thoroughly integrated European country, and behaviour and social mores differ little from what you may be used to at home. Dig a little deeper, however, or travel to more remote, less touristed areas, and you’ll find that traditional Greek ways survive to a gratifying degree. It’s easy to accidentally give offence – but equally easy to avoid doing so by following a few simple tips, and to upgrade your status from that of tourist to xénos, a word that means both stranger and guest.

In general, Greeks are exceptionally friendly and curious, to an extent that can seem intrusive, certainly to a reserved Brit. Don’t be surprised at being asked personal questions, even on short acquaintance, or having your personal space invaded. On the other hand, you’re also likely to be invited to people’s houses, often to meet a large extended family. Should you get such an invitation, you are not expected to be punctual – thirty minutes late is normal – and you should bring a small gift, usually flowers, or cakes from the local cake shop. If you’re invited out to dinner, you can offer to pay, but it’s very unlikely you’ll be allowed to do so, and too much insistence could be construed as rude.

Though dress codes on the beach are entirely informal, they’re much less so away from the sea; most Greeks will dress up to go out, and not doing so is considered slovenly at the least. There are quite a number of nudist beaches in remote spots, with plenty of locals enjoying them, but on family beaches, or those close to town or near a church (of which there are many along the Greek coast), even toplessness is often frowned on. Most monasteries and to a lesser extent churches impose a fairly strict dress code for visitors: no shorts, with women expected to cover their arms and wear skirts (though most Greek women visitors will be in trousers); the necessary wraps are sometimes provided on the spot.

Two pieces of body language that can cause unintentional offence are hand gestures; don’t hold your hand up, palm out, to anybody, and don’t make an OK sign by forming a circle with your thumb and forefinger – both are extremely rude. Nodding and shaking your head for yes and no are also unlikely to be understood; Greeks use a slight forward inclination of the head for yes, a more vigorous backward nod for no.

Most shops have fixed prices, so bargaining isn’t a regular feature of tourist life. It is worth negotiating over rooms – especially off season – or for vehicle rental, especially for longer periods, but it’s best not to be aggressive about it; ask if they have a cheaper room, for example, rather than demanding a lower price. Tipping is not essential anywhere, though taxi drivers generally expect it from tourists and most service staff are very poorly paid. Restaurant bills incorporate a service charge; if you want to tip, rounding up the bill is usually sufficient.

Smoking also deserves a mention. Greeks are the heaviest smokers in Europe, and although legally you’re not allowed to smoke indoors in restaurants, bars or public offices, in practice the law is almost universally disregarded. Effective no-smoking areas are very rare indeed.

Thousands of women travel independently in Greece without being harassed or feeling intimidated. With the westernization of relationships between unmarried Greek men and women, almost all of the traditional Mediterranean macho impetus for trying one’s luck with foreign girls has faded. Foreign women are more at risk of sexual assault at certain notorious resorts (including Kávos in Corfu; Laganás in Zákynthos; Faliráki in Rhodes) by northern European men than by ill-intentioned locals. It is sensible not to bar-crawl alone or to accept late-night rides from strangers (hitching at any time is not advisable for lone female travellers). In more remote areas intensely traditional villagers may wonder why women travelling alone are unaccompanied, and may not welcome their presence in exclusively male kafenía. Travelling with a man, you’re more likely to be treated as a xéni.

Lone men need to be wary of being invited into bars in the largest mainland towns and island ports, in particular near Sýndagma in Athens; these bars are invariably staffed with hostesses (who may also be prostitutes) persuading you to treat them to drinks. At the end of the night you’ll be landed with an outrageous bill, some of which goes towards the hostess’s commission; physical threats are brought to bear on reluctant payers.

Head here for more general tips on travelling in Greece. 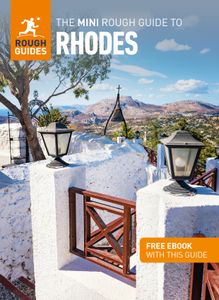