In its heyday as the booming capital of the Thai kingdom, AYUTTHAYA, 80km north of Bangkok, was so well-endowed with temples that sunlight reflecting off their gilt decoration was said to dazzle from 5km away. Wide, grassy spaces today occupy much of the atmospheric site, which now resembles a graveyard for temples: grand, brooding red-brick ruins rise out of the fields, satisfyingly evoking the city’s bygone grandeur while providing a soothing contrast to flashy modern temple architecture. A few intact buildings help form an image of what the capital must have looked like, while three fine museums flesh out the picture.

The core of the ancient capital was a 4km-wide island at the confluence of the Lopburi, Pasak and Chao Phraya rivers, which was once encircled by a 12km-long wall, crumbling parts of which can be seen at the Phom Phet fortress in the southeast corner. A grid of broad roads now crosses the island, known as Ko Muang: the hub of the small modern town occupies its northeast corner, around the Thanon U Thong and Thanon Naresuan junction, but the rest is mostly uncongested and ideal for exploring by bicycle.

There is much pleasure to be had, also, from soaking up life on and along the encircling rivers, either by taking a boat tour or by dining at one of the waterside restaurants. It’s very much a working waterway, busy with barges carrying cement, rice and other heavy loads to and from Bangkok and the Gulf and with cross-river ferry services that compensate for the lack of bridges.

Ayutthaya comes alive each year for a week in mid-December, with a festival that commemorates the town’s listing as a World Heritage Site by UNESCO on December 13, 1991. The highlight is the nightly son et lumière show, featuring fireworks and elephant-back fights, staged around the ruins.

Ayutthaya takes its name from the Indian city of Ayodhya (Sanskrit for “invincible”), the legendary birthplace of Rama, hero of the Ramayana epic. It was founded in 1351 by U Thong – later Ramathibodi I – after Lopburi was ravaged by smallpox, and it rose rapidly through exploiting the expanding trade routes between India and China. Stepping into the political vacuum left by the decline of the Khmer empire at Angkor and the first Thai kingdom at Sukhothai, by the mid-fifteenth century Ayutthaya controlled an empire covering most of the area of modern-day Thailand. Built entirely on canals, few of which survive today, Ayutthaya grew into an enormous amphibious city, which by 1685 had one million people – roughly double the population of London at the same time – living largely on houseboats in a 140km network of waterways.

Ayutthaya’s great wealth attracted a swarm of foreign traders, especially in the seventeenth century. At one stage around forty different nationalities, including Chinese, Persians, Portuguese, Dutch, English and French, were settled here, many of whom lived in their own ghettos and had their own docks for the export of rice, spices, timber and hides. With deft political skill, the kings of Ayutthaya maintained their independence from outside powers, while embracing the benefits of their cosmopolitan influence: they employed foreign architects and navigators, used Japanese samurai as royal bodyguards, and even took on outsiders as their prime ministers, who could look after their foreign trade without getting embroiled in the usual court intrigues.

In 1767, this four-hundred-year-long golden age of stability and prosperity came to an abrupt end. After more than two centuries of recurring tensions, the Burmese captured and ravaged Ayutthaya, taking tens of thousands of prisoners back to Burma. With even the wats in ruins, the city had to be abandoned to the jungle, but its memory endured: the architects of the new capital on Ratanakosin island in Bangkok perpetuated Ayutthaya’s layout in every possible way.

The majority of Ayutthaya’s ancient remains are spread out across the western half of the island in a patchwork of parkland: Wat Phra Mahathat and Wat Ratburana stand near the modern centre, while a broad band runs down the middle of the parkland, containing the Royal Palace (Wang Luang) and temple, the most revered Buddha image, at Viharn Phra Mongkol Bopit, and the two main museums. To the north of the island you’ll find the best-preserved temple, Wat Na Phra Mane, and Wat Phu Khao Thong, the “Golden Mount”; to the west stands the Khmer-style Wat Chai Watthanaram, while to the southeast lie the giant chedi of Wat Yai Chai Mongkol and Wat Phanan Choeng, still a vibrant place of worship. The city’s main temples can be visited for a reduced rate when you buy the special six-in-one pass, which is available from most temple ticket offices.

While visiting the branch of the Tourist Information Centre located in the old city hall, it’s well worth heading upstairs to the smartly presented multi-media exhibition on Ayutthaya, which provides an engaging introduction to the city’s history, an overview of all the sights, including a scale-model reconstruction of Wat Phra Si Sanphet, and insights into local traditional ways of life. On the other side of the staircase, there’s the Ayutthaya National Art Museum, which has depictions of animals, people and landscapes by Thai artists including a drawing in black ink by former Prime Minister Chuan Leekpai.

The Rough Guide to Thailand 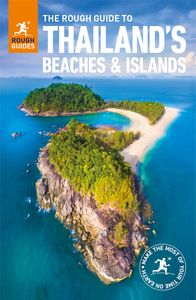