, Formentera , Mallorca and Menorca – maintain a character distinct from the rest of Spain and from each other. If you are not sure which to pick, check out this guide to the best Balearic Island to visit for every traveller type.

Access to the islands is easy from Britain and mainland Spain, with plenty of bargain-priced flights in summer, though in winter only Mallorca

is really well connected. In addition, ferries and catamarans link Barcelona, Valencia and Denia with the islands, and there are plenty of inter-island ferries, too, though these can be pricey and fully booked in summer.

is wholly unique, its capital Ibiza Town is loaded with historic interest and a draw for thousands of clubbers and gay visitors, while the north of the island has a distinctly bohemian character.

Book tickets and tours in Ibiza

has even better beaches than its neighbour and makes up in rustic charm what it lacks in cultural interest.

Mallorca, biggest of the Balearic Islands

, the largest and best-known Balearic, battles with its image as an island of little more than sun, booze and high-rise hotels. In reality, you’ll find all the clichés, most of them crammed into the mega-resorts of the Bay of Palma and the east coast, but there’s lots more besides: mountains, lovely old towns, some beautiful coves, and the Balearics’ one real city, Palma. Mallorca is, in fact, the one island in the group you might come to other than for beaches and nightlife, with scope for plenty of hiking.

Book tickets and tours in Mallorca

And finally, to the east, there’s Menorca

– more subdued in its clientele, and here, at least, the modern resorts are kept at a safe distance from the two main towns, the capital Maó, which boasts the deepest harbour in the Med, and the charming, pocket-sized port of Ciutadella.

Book tickets and tours in Menorca

The main fly in the ointment is cost: as prime “holiday islands”, the Balearics charge considerably above mainland prices for rooms and eating out can be expensive. Rental cars can also be hard to come by at this time. Travelling around by bus, moped, scooter and bicycle are all perfectly feasible, but note that car-rental companies do not allow their vehicles to be taken from one island to another.

Catalan is spoken throughout the Balearics, and each of the three main islands has a different dialect, though locals all speak Castilian (Spanish). For the visitor, confusion arises from the difference between the islands’ road signs and street names – which are almost exclusively in Catalan – and many of the maps on sale, which are in Castilian. In particular, note that Menorca

now calls its capital Maó rather than Mahón, while both the island and town of Ibiza are usually referred to as Eivissa.

Food and Drink on the Balearic Islands

The influx of the sea-and-sun-seeking masses has brought an international flavour – or lack thereof – to many Balearic cafés and restaurants. There are, perhaps, notably few dishes which are unique to the islands but that’s hardly surprising given their history of foreign invasion. Typical dishes, which are often of Catalan descent, consist of hearty stews, soups and spiced meats.

Fish and shellfish are the mainstay of most menus. Caldereta de llagosta (a lobster stew cooked with tomatoes) is a common speciality, especially in Menorca

, as is salted cod, grilled squid and prawns cooked in antisocial – but delicious – amounts of garlic.

As in mainland Spain, the most enjoyable way to experiment with local cuisine is by sampling smaller portions in the form of tapas, or pintxos (typical of the Basque country). Pa amb oli (bread rubbed with olive oil) is an obvious cheap eat and is typically eaten for lunch or breakfast. For the sweeter-toothed, another source of Balearic culinary pride is a spiral pastry dusted with icing sugar called an ensaimada.

Menorcans were inspired into gin-making by the British, and Xoriguer gin made in Maó has a potent kick – it’s often drunk as a pomada (gin with lemonade). Mallorcan wine – particularly red Binissalem – is experiencing something of a resurgence and is worth seeking out. 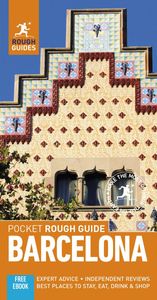