There are said to be over 150 million olive trees in the province of Jaén. They dominate the landscape as infinite rows of green against the orange-red earth, occasionally interspersed with stark white farm buildings. It’s beautiful on a grand, sweeping scale, though concealing a bitter and entrenched economic reality. The majority of the olive groves are owned by a mere handful of families, and for most residents this is a very poor area.

Sights may not be as plentiful here as in other parts of Andalucía, but there are a few gems worth going out of your way to take in. Fairly dull in itself, the provincial capital of Jaén merits a visit for its fine cathedral and Moorish baths, while farther to the northwest Baeza and Úbeda are two remarkable Renaissance towns filled with architectural gems. Extending northeast from the town of Cazorla, Parque Natural de Cazorla, Andalucía’s biggest natural park, is a vast expanse of dense woodlands, lakes and spectacular crags.

Úbeda, 9km east of Baeza and built on the same escarpment overlooking the valley of the Guadalquivir, looks less promising when you reach it. Don’t be put off by the modern suburbs, though, for hidden away in the old quarter is one of the finest architectural jewels in the whole of Spain, and perhaps even Europe. Follow the signs to the Zona Monumental and you’ll eventually reach the Plaza de Vázquez de Molina, a tremendous Renaissance square and one of the most impressive of its kind on the peninsula. Most of the buildings round the square are the late sixteenth-century work of Andrés de Vandelvira, the architect of Baeza’s cathedral and numerous churches in both towns. One of these buildings, the Palacio de las Cadenas, originally a palace for Felipe II’s secretary, houses Úbeda’s ayuntamiento and features a magnificent facade fronted by monumental lions.

Baeza is tiny, compact and provincial, with a perpetual Sunday air about it. At its heart is the Plaza Mayor – comprised of two linked plazas, Plaza de la Constitucíon at the southern end with a garden, and smaller Plaza de España to the north – flanked by cafés and very much the hub of the town’s limited animation.

There are no charges to enter any of Baeza’s monuments (except the cathedral), but you may offer the guardian a small propina (tip).

Book tickets and tours in Baeza

Even casual visitors to Parque Natural de las Sierras de Segura y Cazorla are likely to see a good variety of wildlife, including Capra hispanica (Spanish mountain goat), deer, wild pig, birds and butterflies. Ironically, though, much of the best viewing will be at the periphery, or even outside the park, since the wildlife is most successfully stalked on foot and walking opportunities within the park itself are surprisingly limited.

The main information centre inside the park is the Torre del Vinagre Centro de Interpretación (Tues–Sun 10am–2pm & 5–8pm, Oct–March 4–6pm; t953 713 017). It’s worth getting hold of a good map from here (also available from Despensa del Parque in Cazorla): the 1:100,000 map, Parque Natural de las Sierras de Cazorla y Segura, and the 1:50,000 version, Cazorla, are recommended, but best of all is the 1:40,000 set of map and guide packs to the Sierras de Cazorla and Segura (divided into three zones), published by Editorial Alpina, which are the most accurate maps available, detailing senderos (footpaths), mountain-bike routes, refuges, campsites and hotels. In addition to the hiking routes marked on the maps above, Guy Hunter-Watts’ Walking in Andalucía details five clearly described walks in the park of between 5km and 19km.

Two daily buses link Cazorla with Coto Ríos (Mon–Fri only depart 7.15am & 2.30pm, return 9am & 4.15pm; 1hr 15min) in the middle of the park (confirm these with the bus company Carcesa on t953 721 142). Distances between points are enormous, so to explore the park well you’ll need a car or to be prepared for long treks.

There are ten official campsites throughout the park, which are accurately marked on the Editorial Alpina map. There’s more accommodation at Coto Ríos, with three privately run campsites and a succession of hostales. Before setting out, you can also get the latest update on transport, campsites and accommodation from the turismo in Cazorla. 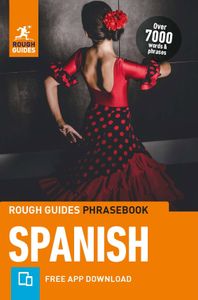