Córdoba lies upstream from Seville beside a loop of the Guadalquivir, which was once navigable as far as here. It is today a minor provincial capital, prosperous in a modest sort of way. Once, however, it was the largest city of Roman Spain, and for three centuries it formed the heart of the western Islamic empire, the great medieval caliphate of the Moors.

It is from this era that the city’s major monument dates: the Mezquita, the grandest and most beautiful mosque ever constructed by the Moors in Spain. It stands right in the centre of the city, surrounded by the old Jewish and Moorish quarters, and is a building of extraordinary mystical and aesthetic power. Make for it on arrival and keep returning as long as you stay; you’ll find its beauty increases with each visit, as, of course, is proper, since the mosque was intended for daily attendance.

The Mezquita apart, Córdoba itself is a place of considerable charm. It has few grand squares or mansions, tending instead to introverted architecture, calling your attention to the tremendous and often wildly extravagant patios. These have long been acclaimed, and they are actively encouraged and maintained by the local council, which runs a “Festival of the Patios” in May. Away from the Mezquita, Córdoba’s other remnants of Moorish – and indeed Christian – rule are not individually very striking. The river, though, with its great Arab waterwheels and recently restored and pedestrianized Roman bridge (the Puente Romano), is an attractive area in which to wander.

Just 7km outside the town, more Moorish splendours are to be seen among the ruins of the extravagant palace complex of Medina Azahara, undergoing fascinating reconstruction.

Book tickets and tours for Cordoba

The development of the Mezquita paralleled the new heights of confidence and splendour of ninth- and tenth-century Córdoba. Abd ar-Rahman III provided it with a new minaret (which has not survived but which provided the core for the later belfry), 80m high, topped by three pomegranate-shaped spheres, two of silver and one of gold and each weighing a tonne. But it was his son, al-Hakam II (961–76), to whom he passed on a peaceful and stable empire, who was responsible for the most brilliant expansion. He virtually doubled its extent, demolishing the south wall to add fourteen extra rows of columns, and employed Byzantine craftsmen to construct a new mihrab, or prayer niche; this remains complete and is perhaps the most beautiful example of all Moorish religious architecture.

Al-Hakam had extended the mosque as far to the south as was possible. The final enlargement of the building, under the chamberlain-usurper al-Mansur (977–1002), involved adding seven rows of columns to the whole east side. This spoiled the symmetry of the mosque, depriving the mihrab of its central position, but Arab historians observed that it meant there were now “as many bays as there are days of the year”. They also delighted in describing the rich interior, with its 1293 marble columns, 280 chandeliers and 1445 lamps. Hanging inverted among the lamps were the bells of the pilgrimage cathedral of Santiago de Compostela. Al-Mansur made his Christian captives carry them on their shoulders from Galicia – a process that was to be observed in reverse after Córdoba was captured by Fernando el Santo (the Saint) in 1236.

As in Moorish times, the Mezquita is approached through the Patio de los Naranjos, a classic Islamic ablutions court that preserves its orange trees, although the fountains for ritual purification before prayer are now purely decorative. Originally, when in use for the Friday prayers, all nineteen naves of the mosque were open to this court, allowing the rows of interior columns to appear an extension of the trees with brilliant shafts of sunlight filtering through. Today, all but one of the entrance gates is locked and sealed, and the mood of the building has been distorted from the open and vigorous simplicity of the mosque to the mysterious half-light of a cathedral.

Nonetheless, a first glimpse inside the Mezquita is immensely exciting. “So near the desert in its tentlike forest of supporting pillars,” Jan Morris found it, “so faithful to Mahomet’s tenets of cleanliness, abstinence and regularity.” The mass of supporting pillars was, in fact, an early and sophisticated innovation to gain height. The original architect had at his disposal columns from the old Visigothic cathedral and from numerous Roman buildings; they could bear great weight but were not tall enough, even when arched, to reach the intended height of the ceiling. His solution (which may have been inspired by Roman aqueduct designs) was to place a second row of square columns on the apex of the lower ones, serving as a base for the semicircular arches that support the roof. For extra strength and stability (and perhaps also deliberately to echo the shape of a date palm, much revered by the early Spanish Arabs), the architect introduced another, horseshoe-shaped arch above the lower pillars. A second and purely aesthetic innovation was to alternate brick and stone in the arches, creating the red-and-white-striped pattern that gives a unity and distinctive character to the whole design.

The uniformity was broken only at the culminating point of the mosque – the domed cluster of pillars surrounding the sacred mihrab, erected under al-Hakam II. The mihrab has two functions in Islamic worship: it indicates the direction of Mecca (and hence of prayer) and it amplifies the words of the imam, or prayer leader. At Córdoba, it is also of supreme beauty.

The inner vestibule of the niche (frustratingly fenced off) is quite simple in comparison, with a shell-shaped ceiling carved from a single block of marble. The chambers to either side – decorated with exquisite Byzantine mosaics of gold, rust red, turquoise and green – constitute the maksura, where the caliph and his retinue would pray.

Originally, the whole design of the mosque would have directed worshippers naturally towards the mihrab. Today, though, you almost stumble upon it, for in the centre of the mosque squats a Renaissance cathedral coro. This was built in 1523 – nearly three centuries of enlightened restraint after the Reconquest – and in spite of fierce opposition from the town council. The erection of a coro and capilla mayor, however, had long been the “Christianizing” dream of the cathedral chapter and at last they had found a monarch – predictably Carlos V – who was willing to sanction the work. Carlos, to his credit, realized the mistake (though it did not stop him from destroying parts of the Alhambra and Seville’s Alcázar); on seeing the work completed, he told the chapter, “You have built what you or others might have built anywhere, but you have destroyed something that was unique in the world.” To the left of the coro stands an earlier and happier Christian addition – the Mudéjar Capilla de Villaviciosa, built by Moorish craftsmen in 1371 (and now partly sealed up). Beside it are the dome and pillars of the earlier mihrab, constructed under Abd ar-Rahman II.

Book tickets and tours for Cathedral-Mosque of Cordoba

The belfry and outer walls

The belfry, the Torre del Alminar (currently closed), at the corner of the Patio de los Naranjos, is contemporary with the cathedral addition. Close by, the Puerta del Perdón, the main entrance to the patio, was rebuilt in Moorish style in 1377. It’s worth making a tour of the Mezquita’s outer walls before leaving; parts of the original “caliphal” decoration surrounding the portals (in particular, some exquisite lattice work) are stunning.

Córdoba’s domination of Moorish Spain began thirty years after its conquest – in 756, when the city was placed under the control of Abd ar-Rahman I, the sole survivor of the Umayyad dynasty, which had been bloodily expelled from the eastern caliphate of Damascus. He proved a firm but moderate ruler, and a remarkable military campaigner, establishing control over all but the north of Spain and proclaiming himself emir, a title meaning both “king” and “son of the caliph”. It was Abd ar-Rahman who commenced the building of the Great Mosque (La Mezquita, in Spanish), purchasing from the Christians the site of the cathedral of St Vincent (which, divided by a partition wall, had previously served both communities). This original mosque was completed by his son Hisham in 796 and comprises about one-fifth of the present building, the first dozen aisles adjacent to the Patio de los Naranjos.

The Cordoban emirate, maintaining independence from the eastern caliphate, soon began to rival Damascus both in power and in the brilliance of its civilization. Abd ar-Rahman II (822–52) initiated sophisticated irrigation programmes, minted his own coinage and received embassies from Byzantium. He in turn substantially enlarged the mosque. A focal point within the culture of al-Andalus, this was by now being consciously directed and enriched as an alternative to Mecca; it possessed an original script of the Koran and a bone from the arm of Mohammed and, for the Spanish Muslim who could not get to Mecca, it became the most sacred place of pilgrimage. In the broader Islamic world, it ranked third in sanctity after the Kaaba of Mecca and the al-Alqsa mosque of Jerusalem.

In the tenth century, Córdoba reached its zenith under a new emir, Abd ar-Rahman III (912–61), one of the great rulers of Islamic history. He assumed power after a period of internal strife and, according to a contemporary historian, “subdued rebels, built palaces, gave impetus to agriculture, immortalized ancient deeds and monuments, and inflicted great damage on infidels to a point where no opponent or contender remained in al-Andalus. People obeyed en masse and wished to live with him in peace.” In 929, with Muslim Spain and part of North Africa firmly under his control, Abd ar-Rahman III adopted the title of “caliph”. It was a supremely confident move and was reflected in the growing splendour of Córdoba, which had become the largest, most prosperous city of Europe, outshining Byzantium and Baghdad (the new capital of the eastern caliphate) in science, culture and scholarship. At the turn of the tenth century, Moorish sources boast of the city’s 27 schools, 50 hospitals (with the first separate clinics for the leprous and insane), 900 public baths, 60,300 noble mansions, 80,455 shops and 213,077 houses. 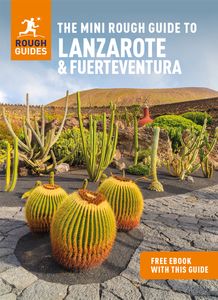