Once you’ve seen the remote snow-covered hills and cliffs of the Snæfjallaströnd coastline, you’ll have an idea of what lies immediately north. A claw-shaped peninsula of land bordered by the Jökulfirðir fjords to the south and the Greenland Sea to the north, and attached to the rest of the West Fjords by a narrow neck of land just 6km wide, Hornstrandir represents Iceland’s very last corner of inhospitable terrain where habitation was at least attempted – the last settlements here were abandoned in the 1950s due to the harsh climate – and its coastline is the most magnificent in the country. The rugged cliffs, precipitous mountainsides and sandy bays backed by meadows of wildflowers make up this official nature reserve on the very edge of the Arctic Circle, and hiking here is an exhilarating experience; it’s quite common to walk for an entire day without seeing another person. The highlight of any trip to Hornstrandir is a visit to the majestic Hornbjarg cliff (533m) at the eastern end of Hornvík bay and the highest point on the peninsula. The cliff is home to one of the country’s greatest bird colonies and its many ledges are stuffed full with fulmars, guillemots, kittiwakes, puffins and razorbills. Elsewhere, where farmed sheep once devoured everything edible, there is now wild, lush vegetation of unexpected beauty and the wildlife is free to roam – the Arctic fox makes regular appearances – while offshore, seals and whales can be spotted.

Life for settlers on Hornstrandir was always extreme. For starters, the summer is appreciably shorter than elsewhere in the West Fjords and, bar a geothermal spring in remote Reykjafjörður, there’s no natural hot water source, no waterfall to generate electricity, no natural harbour, and no road or airstrip. In fact, the fertile valleys and inlets throughout this uninhabited wilderness are littered with traces of derelict buildings where hardy farmers and fishermen once attempted to battle against the inhospitable climate. The peninsula’s two main settlements, Hesteyri and Aðalvík, are now almost completely deserted, their abandonment marking the end of yet another Icelandic community.

Every Friday and Sunday, between mid-June and mid-August, a boat sails from the harbour in Norðurfjörður to Reykjarfjörður and Látravík, providing access to the remote east coast of Hornstrandir. From both destinations it is then possible to hike west to meet up with the boats which sail across to Ísafjörður from Hesteyri among other places. Schedules and further information are available at strandferdir.is.

From Læknishúsið guesthouse in Hesteyri, a good path – actually the old road that led west to the now abandoned settlement of Slettá – leads up the hill following the course of a river. At the top, the trail strikes out across an extensive rockfield, which can be hard going in parts; even in July there is a lot of snow left up here. Follow the cairns through the rockfield until the track descends into sandy Aðalvík: the bottom of this path is rather boggy. At the foot of the hill you’ve descended, cross a shallow river to reach the beach and the couple of houses that make up Látrar, at the eastern end of Aðalvík bay, or Sæból at the western edge, both surrounded by snowy mountains on all sides. To retrace your steps, note that the path to Hesteyri can be found by crossing the river at the rear of the beach and heading for the single house on the river bank. From here head up the hill to the right of the house to reach the rockfield plateau to Hesteyri. Either way this 12km hike takes around four hours to complete.

Thanks to Hornstrandir’s exposed location on the edge of the Greenland Sea, the weather is especially unpredictable, and hiking here needs plenty of careful planning. Deep snow often lies on the ground until July and snow showers are not uncommon even in July and August. Fog, too, can be a particular problem. Also, because there are no functioning settlements here – those marked on maps are farm buildings, or the remains of farm buildings only – you must be prepared for emergencies if you come to hike. It’s essential to bring the following equipment: a sturdy tent and warm sleeping bag, waterproof clothing and boots, more food than you’ll need in case of unforeseen delays (there are no shops or facilities anywhere on the peninsula, except for the guesthouse at Hesteyri), a compass and Landmælingar Íslands 1:100,000 Hornstrandir hiking map.

Although many routes are marked on the map as clearly defined, this is often not the case in reality; in poor weather conditions it can be all too easy to lose the path, so make sure that you can use a compass properly before setting out. Remember, too, that in June and July it doesn’t get dark here, which means you can extend your hiking time if needed. Mobile phones do not work in Hornstrandir, but there are landline phones for use in emergencies in the orange shelters dotted around the coast and marked on maps. Take extra care if you’re crossing tidal flats, or rounding headlands at low tide, as the going can often be very boggy. There are no footbridges in Hornstrandir, so bring an old pair of running shoes to cross rivers and streams – and be prepared to grit your teeth against the bitingly cold water.

We all had an amazing time! 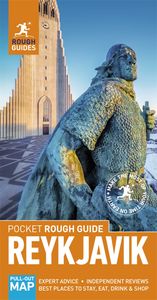