MÝKONOS has become the most popular, the most high profile and the most expensive of the Cyclades. Boosted by direct air links with Europe, it sees several million tourists a year pass through, producing some spectacular August overcrowding on the island’s 85 square kilometres.

But if you don’t mind the tourist hordes, or you come in the shoulder season, its striking capital is still one of the most photogenic Cycladic towns with whitewashed houses concealing a dozen little churches, shrines and chapels.

Things to do when you travel to Mykonos

The sheer beauty of Mykonos does not just lie in its landscape and architecture, but in its holiday-culture that has something for everyone. Whether you are looking to relax on the beach, party the night away, or partake in family activities, there is plenty to do when you travel to Mykonos.

The beaches in Mykonos are nothing but supreme. Turquoise waters, soft white sand, and lush green vegetation await. Family beaches include Ornos, surrounded by tavernas to feed the little ones at lunch, and Platys Gialos. Platys Gialos is a wide beach, so over-crowding and fighting for a space to lay down your towel is not an issue. There is also a mini-market, restaurants, and water taxis to nearby beaches if you fancy an adventure. Elia Beach has plenty of parking if you have a hire car, and Paradise beach is the main party beach that gets more lively as the night goes on.

The coastal walk between Psarou Beach and Paradise Beach is charming, to say the least, with gorgeous views along the way.

Mykonos town has lots of little gems to explore simply found by wandering around and stopping off at delightful cafes and restaurants. For some history there is the Delos, the sacred archaeological site made up of ancient Greek ruins and The Archaeological Museum itself. Matogianni is great for shopping and the Paraportiana Orthodox Church is fun to tour around.

The sophisticated nightlife is hectic, amply stimulated by Mýkonos’s former reputation as the gay resort of the Mediterranean, although today gay tourists are well in the minority. While everywhere on the island is at least gay-friendly, gay tourists prefer to congregate in Mýkonos Town itself or the beaches of Super Paradise and Eliá.

The locals take it all in their stride, ever conscious of the important revenue generated by their laissez-faire attitude. When they first opened up to the hippy tourists who began travelling to Mýkonos in the 1960s, they assumed their eccentric visitors were sharing cigarettes due to lack of funds. Since then, a lot of the innocence has evaporated, and you shouldn’t come for scenery, solitude or tradition, but Mýkonos offers lively beaches and a party lifestyle next to none.

Don’t let the crowds put you off exploring MÝKONOS TOWN, the quintessential image of the Cyclades. In summer most people head out to the beaches during the day, so early morning or late afternoon are the best times to wander the maze of narrow streets. The labyrinthine design was supposed to confuse the pirates who plagued Mýkonos in the eighteenth and early nineteenth centuries, and it has the same effect on today’s visitors.

Getting lost in the convoluted streets and alleys is half the fun of Mýkonos, although there are a few places worth seeking out. Coming from the ferry quay you’ll pass the archeological museum (Tues–Sun 9.30am–3pm; €2) on your way into town, which was specially built in 1905 to display artefacts from the cemeteries on Rínia island, opposite Delos. The town also boasts a Maritime museum displaying various nautical artefacts and ship models as well as an 1890 lighthouse lantern re-erected in the back garden (April–Oct Tues–Sun 10.30am–1pm & 6.30–9pm; €4). Next door is Lena’s House (Mon–Sat 4.30–8.30pm; free), a completely restored and furnished merchant home from the turn of the twentieth century. Near the base of the Delos jetty, the Folklore museum (Mon–Sat 4.30–8.30pm; free), housed in an eighteenth-century mansion, crams in a larger-than-usual collection of bric-a-brac, including a basement dedicated to Mýkonos’s maritime past. The museum shares the promontory with Mýkonos’s oldest and best-known church, Paraportianí, a fascinating asymmetrical hodgepodge of four chapels amalgamated into one (and a gay cruising area after dark).

Beyond the church, the shoreline leads to the area known as Little Venice because of the high, arcaded Venetian houses built right up to the water’s edge on its southwest side. Together with the adjoining Alefkándhra district, this is a dense area packed with art galleries, trendy bars, shops and clubs. Beyond Little Venice, the famous windmills look over the area, renovated and ripe for photo opportunities.

The tour to Greece was a pleasant surprise for me! Perfect organisation, pleasant team, amazing landscapes and cultural sites! 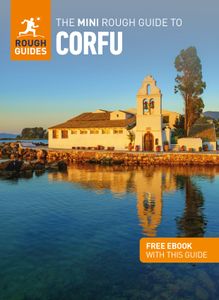