6 reasons you should drive the Pacific Coast Highway

With a sea breeze in your hair and the sun (or sometimes the fog) on your face, driving the Pacific Coast Highway is one of America’s most awesome road trips. Following California's Highway 1 and US 101, it hugs the west coast from the Mexican to Canadian borders. Whether you choose to dip your toe into a scenic stretch or explore the full route of nearly 2000 miles, this exhilarating drive is unforgettable. There is something for everyone along the way, so we've rounded up the highlights.

For beautiful beaches and coves

With miles of wide, sandy shores and near guaranteed sunshine, beach culture is at its best in southern California – you can almost hear Beach Boys tunes wafting above the ocean waves. Good bets for people-watching include Laguna Beach, Manhattan Beach, and Santa Monica Beach with its famous carnival pier. But nothing beats the Venice Beach boardwalk for its parade of bodybuilders and eccentric performance artists.

Big Sur is the quintessential stretch of the Pacific Coast Highway, running for some 94 miles (151 km) between San Simeon and Carmel. The road hugs the cliffs along the Santa Lucia Mountains, twisting and turning high above the rocky, surf-pounded shores. The views are spectacular, if not for the faint-hearted. Luckily there are plenty of pull-offs to stop and take it all in. There are particularly fine vistas from Bixby Bridge.

Highway 1 takes you over the Golden Gate Bridge – nip straight into the parking area on the north side for a fabulous view of this landmark and the San Francisco skyline. The Astoria-Megler Bridge makes a thrilling crossing from Oregon to Washington, climbing steeply up the hillside before making its four-mile sweep high above the mighty Columbia River.

Spotting wildlife is one of the great delights of the Pacific Coast Highway. Whale-watching cruises are offered all along the coast, while at Morro Bay you can watch the normally elusive sea otters frolicking just yards from the shore. But there are two viewing places unlike anywhere else.

Although it’s just five miles north of Hearst Castle, the highway’s biggest tourist attraction, Piedras Blancas Beach is a natural wildlife wonder. Up to 10,000 elephant seals (so-named for the males’ long snouts) haul onto the beach here every year to molt, mate and give birth to their pups. A low ridge above the beach makes a perfect viewpoint, and nowhere else can you get so close to these animals in the wild. In December/January, the bull males battle for supremacy, while March sees the young pups learning to swim.

In Oregon, you can descend deep into an otherworldly lair at the Florence Sea Lion Caves. As the elevator door opens, you’re hit with the sounds – and smells – of a massive sea lion colony. Hidden in the gloom, you peer through holes in the rock to watch them lumber into the cavern amidst the waves, an amazing glimpse of their ocean habitat.

The famous wine regions of Napa Valley and Sonoma County are a short detour off the Pacific Coast Highway, and if you head inland from Cambria on California’s Central Coast, you’ll discover the beautiful Paso Robles wine country and its delicious vintages. Ten years after Sideways burst onto our cinema screens, Santa Barbara offers a wine map and tours to help you savour its renowned pinot noir.

Oregon and Washington produce outstanding wines that are often hard to come by outside the US. Though the main wine-growing areas are further east, you can visit several wineries off Highway 101 on the Olympic Peninsula.

Countless places along the route beckon you to get out of your car and into the great outdoors. State and national parks offer some of the best chances to see the natural environment of the Pacific Coast. From Ventura, take a boat trip to the uninhabited Channel Islands National Park. A North American Galapagos, these islands contain an incredible biological diversity and preserve 145 plant and animal species found nowhere else in the world.

Then there are the trees. BIG trees. Northern California is redwood country, home to the tallest trees on earth. You can walk among them in Humboldt Redwoods State Park, or drive the scenic Avenue of the Giants. Further north are the Redwood National and State Parks.

The Pacific Coast Highway runs right through California’s three largest cities – San Diego, Los Angeles and San Francisco – and Portland and Seattle are a short drive away, ensuring you can catch an urban buzz somewhere along the way.

Read our guide to the best places to stay in Los Angeles if this is the destination you have chosen for your holiday.

Santa Barbara is a highlight with its lovely mission, old-style pier, historic downtown and striking Spanish-Moorish courthouse. Monterey, with its fabulous aquarium, historic district and Fisherman’s Wharf, is another favourite stop. There are also a few delightful small towns, each with their own character, such as Cambria, Carmel, Mendocino and Eureka to name just a few.

Explore more of America with the Rough Guide to the USA. Compare flights, book hostels, and don't forget to purchase travel insurance before you go. 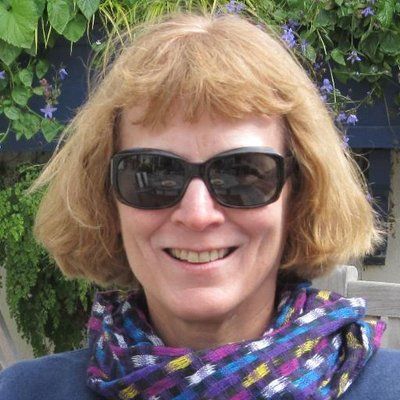