Every summer, Argentines and Brazilians flock to Uruguay’s glitzy resort Punta del Este to hang out. This usually means fiestas by night and catching up on sleep on sandy beaches by the day. But Punta isn’t just about partying hard. There’s also a fantastic dining scene to discover, from unpretentious boltholes tucked away in sand dunes, to winery restaurants overlooking vineyards, high-end places with fancy tasting menus and hip beach bars. Here, we reveal 10 of the best restaurants in Punta del Este (in alphabetical order), plus two bonus tips.

Anointed South America’s best new winery in 2019 by Wine Enthusiast, this is undoubtedly one of the best restaurants in Punta del Este. Bodega Garzón holds a strong hand thanks to direction from top chef Francis Mallmann – who has incorporated his trademark fire-based culinary techniques. Add to this stunning Tuscan-style views over the valley (although palm trees give away its subtropical location), great service, and three fantastic tasting menus executed by chef Ricki Motta. The menus focuses on local products like organic pork, almond-and-garlic gazpacho and local lamb, and each dish is paired with Garzón’s best vintages. Finish a late lunch with a glass of your favourite tipple on the terrace watching the sun drop over the vineyards.

Chef Gastón Yelicich cooked in Europe and the US before returning to his native Uruguay and, after time working at restaurants in José Ignacio, opened Cuatro Mares on the Punta peninsula. Seeking out the best produce to create simple yet flavourful dishes, his menu changes daily according to availability; take a seat at the kitchen bar for a close-up of the culinary action. Start with pork shoulder and bechamel croquettes before sharing Provence-style clams, octopus with olive mayo, brótola, a local and popular hake, or rib-eye from the parrilla. Weekend lunches are all about the abundant buffet; Gastón also serves up feijoada, a weekend tradition for Brazilian diners.

While this luxury Brazilian hotel chain has three restaurants at its Punta del Este location, the best is Fasano. Enjoy spectacular pink-and-violet sunsets across the Uruguayan countryside paired with top-notch Italian cuisine. Suspended in the air and reached by a raised walkway, tempting dishes include beef carpaccio, lamb shank and spaghetti drowning in an abundance of fresh local seafood; definitely order the tiramisu for dessert. The sultry lighting is conducive to romantic occasions; it’s also a magnet for Latin American celebrities such as actor Ricardo Darín in January.

When French transplant Jean Paul Bondoux moved to Uruguay to 1982, he likely never imagined he’d still be serving classic French dishes there nearly 40 years later. The story starts with La Bourgogne, a fine-dining restaurant swathed in accolades whose menu features Burgundy classics such as escargots or magret de canard (duck breast). Bondoux has kept La Bourgogne (it has the Relais & Châteaux seal of approval) in the family; son and daughter Aurelien and Amandine are also cooks at the restaurant, plus you can sample the Pinot Noir that Aurelien and Jean Paul made together.

Take lunch on the patio overlooking the lovely garden or dinner in one of several petit dining rooms. Across the road is his relaxed boulangerie-deli, La Table de Jean Paul. Drop by this leafy bolthole for perfect baked goods and freshly squeezed orange juice at breakfast or teatime.

La Susana is the stuff of beach bar dreams: tucked in between sand dunes, its prime Playa Mansa location on the western side of José Ignacio offers up perfect sunsets best served with a jug of Clericó (wine-based punch). An elegant wooden shack decorated with surf boards, sofas to snooze on after too many cocktails, a sandy floor to scrunch toes into and the best rabas (squid rings) in the zone make Susana a magnet for the hip and the beautiful in micro bikinis eager to let lunch slide into dinner.

If the catch is bountiful, chef María Elena Marfetán will drive two hours from Punta del Este to Lake Rocha to pick up blue crab and shrimp to serve at dinner. Going the extra mile certainly shows at her establishment Lo de Tere, one of the best restaurants in Punta del Este. This family-run restaurant deals in meat as well as fish and seafood, but octopus carpaccio, and mussels collected from nearby Isla de Lobos served with beach-foraged herbs and red crab salad are definite hits. Enjoy the marina view and friendly service (regulars even enjoy personalised napkins); the wine list is also notable. Those in the know order María Elena’s elegant seafood-forward tasting menu (24 hours’ notice required).

With the sky as your ceiling and sand dunes for a carpet, dine under a starry canopy at Marismo while candles – and the gratitude of your dining companion – light up your dishes. One of the most captivating experiences in Uruguay if not South America, chef Federico Desseno plays with fire, using a clay oven to knock up succulent empanadas teamed with spicy llajua tomato dip, or the parrilla to grill a whole catch of the day such as lenguado (sole). One unmissable dish is the provoleta, a gooey yet curiously light and chewy variation of the classic grilled provolone cheese. At weekends, catch the outdoor culinary show when Federico cooks under the stars.

At Medio y Medio, a whole family allows its passions to fuse together. While Graciela Ferreres womans the kitchen (her entire team is female) to serve up suckling pig, homemade spinach-stuffed pasta and lightly fried baby squid and onions, son Leandro Quiroga runs a jazz club on the same premises. Dig into Graciela’s hearty and tasty dishes before moving on to take your seat in the audience; you can also order bites to share as you click your fingers on the off-beat over a glass of Uruguayan Tannat red.

Open all day from breakfast to dinner, Argentine chef Fernando Trocca relaxes his usually upscale dining experience seen at Sucre in Buenos Aires to create an easy-going menu and a relaxed beach ambience at Mostrador Santa Teresita. An adorable bolthole with views over Playa Brava in José Ignacio, pick and mix delicious salads to take straight to the beach or refuel with a flat white and slice of lemon drizzle cake come afternoon. Big breakfasts are served daily; think avocado toast or eggs Benedict.

Uruguay’s most iconic beachside restaurant, book days ahead to assure a table and an ocean view at Parador La Huella in high season. Don’t be deceived by its beach shack vibes and thatched roof; here, the ocean, earth and fire meet in dishes for sharing, such as delicious flame-grilled whole sea bass teamed with root vegetables. Craving sashimi? The sushi is also excellent. For dessert, don’t think twice about the explosive dulce de leche volcano. If you’re up on Latin American celebrities, you’ll have a field day spotting those who frequent the joint. 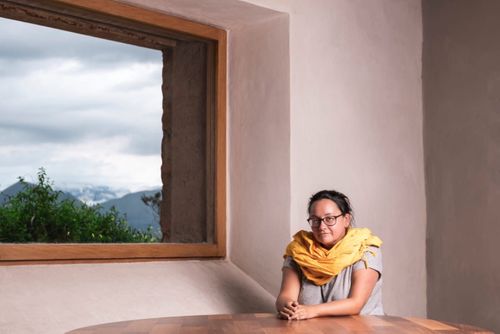