On a cold winter morning, our small convoy of retro bicycles weaved its way through the labyrinthine alleys of Marrakech’s famous walled medina, the historic heart of the city, amid the cacophony of bartering vendors and an endless sea of scooters and mopeds.

Soukaina, our 23-year-old local guide from Pikala Bikes, led the way, her long black hair flowing in the light breeze. “Yalla! Let’s go!” she shouted effusively at regular intervals, urging us on. My initial nervousness gradually dissipating, I started to pedal faster and somehow we were soon blending seamlessly into the medina’s kaleidoscopic fabric and frenetic motion.

Inside the bustle of the medina © Christopher Clark

After months of lockdown and scant opportunity to travel, I have frequently found myself longing to relive this exhilarating moment from a trip to Marrakech at the end of last year. With Morocco starting to reopen to international tourism since mid-September, this will happily soon become a possibility for visitors again. For anyone who is planning a forthcoming trip and looking to get beneath the surface of this magical city, a bike tour is an essential inclusion on your itinerary.

The medina comprises a vast maze of souks proffering all manner of artisanal wares, not to mention countless other sights and experiences. A bike enables you to see much more of this in a day’s exploring than you would on foot, while keeping you constantly closer to the action than taking taxis or other public transport between the different highlights.

Bike tours, entirely designed by young local guides like Soukaina, also look to show visitors some of the old city’s lesser-known gems. These include the Sidi Al-Abbas Sufi shrine, named after one of Morocco’s feted Seven Saints. The shrine, which draws a small stream of daily worshippers through its towering arches with their intricate mosaic patterns, provides a moment’s respite from the city beyond.

Street art inside the labyrinthine alleys of the medina © Christopher Clark

On our tour, Soukaina also showed us intimate glimpses of an everyday Marrakech usually invisible to tourists. In a stuffy, soot-blackened room, we watched a perspiring baker shovel hundreds of flatbreads into a vast wood-fired oven. A little further along our route, we ducked inside a nondescript doorway and found ourselves descending into the belly of a local hammam, Morocco’s equivalent of the Roman public bath, where a roaring furnace provided the heat for the bathers above ground.

Our tour continued beyond the medina walls into some of the quieter, more modern areas of the city, where a number of the broad avenues have designated bike lanes. While the medina will always be Marrakech’s primary drawcard, bikes also have the potential to help spread the tourism radius (and the associated benefits to the local economy) to other parts of the city.

This is just one of a number of ways in which Pikala, with support from the Tui Care Foundation, seeks to use bicycles as a vehicle for positive change. In a country where almost a quarter of local youth are unemployed, the company, which was launched by Dutch artist Cantal Bakker in 2017, has trained 90 young Moroccans, many of them as tour guides or bicycle mechanics, and currently employs around 30 locals, including a number of young women in management positions.

Over fresh mint tea back at base, a capacious industrial atelier that was previously a municipal waste centre, Cantal told me that stimulating cleaner urban transport and lessening congestion was another important thrust of the project. “Bicycles are a wonderful tool towards both urban transformation and empowerment,” she said.

For Soukaina, our guide, the opportunities she’d been given had helped challenge local perceptions of what women can do: “People are used to only seeing men on bicycles or working as tour guides here. We are starting to change that,” she said.

The following morning, in a quiet, leafy park, we watched Haula, another of the company’s bright young employees, teaching teenage girls how to ride bicycles for the first time.

“Girls often have low self-esteem,” Haula told me. “Teaching them to ride a bicycle can show them they can be courageous, take the lead, and move forward on their own.”

As the girls took turns shakily riding around a short circuit, the rest of the group would clap and cheer them on. Whenever they changed over, they’d stop and pose for selfies. Seeing their joy and excitement, and knowing that the money tourists spent on the bike tours helped make these kinds of social initiatives possible, added another layer to what had already been a rich experience.

Later that afternoon, we took a bus out of the city to explore its arid surrounds. Starting from the idyllic Villa Janna, a luxury eco lodge built entirely from traditional local materials, we set off across the rugged terrain, with towering date palms all around us.

We stopped at a traditional tadelakt factory, where limestone from the nearby Atlas Mountains is burnt for plaster manufacture, and were also shown the ancient irrigation systems that have helped sustain human life here for more than 1000 years.

In the soft light of early evening, we returned to Villa Janna for mint tea and a spread of local delicacies. Then we headed up to the roof for some obligatory sunset photos before clambering back into the bus to return to our hotel. Suitably well fed and tired from all that pedalling, I knew I would sleep well. 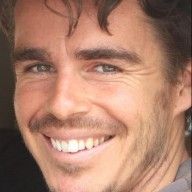