Australia’s Great Barrier Reef is one of the world’s most incredible natural wonders – it’s the largest structure ever built by living things and is visible even from space. For millennia, this glorious underwater world has blazed with colour, sheltering some of the earth’s most spellbinding ocean-dwelling creatures. But the unnaturally rapid increase in the earth’s temperature is putting this vast ecosystem under increasing threat.

Having spent time studying marine biology at the University of Queensland in Brisbane, Penny Walker shares everything you need to know about the reef, the dangers it faces and how to visit this miraculous living landmark sustainably.

What is the Great Barrier Reef?

This unique reef system is not one giant string of coral – it is more than 2500 individual reefs dotted with over 900 islands. Despite only covering 6 percent of the reef, coral is the structure's life force, providing shelter for the smaller creatures and creating feeding grounds for larger predators.

The Great Barrier Reef reaches from the waters of Hervey Bay in Queensland to just below the coastline of Papua New Guinea. Spanning over 2300km, it lines most of Queensland’s vast coast. To put this into perspective, it’s roughly the size of the UK, the Netherlands and Switzerland combined, or half the size of Texas.

In its current form, the reef is relatively young – it is believed to be between 6000 and 8000 years old, having slowly started to form after the last ice age.

What is coral and how is the reef changing?

In order to understand what’s happening to the reef, it’s important to first understand its foundations. While many assume that corals are plants, they’re actually polyps – small sessile animals that rely on algae for survival.

Simply put, there are two types of coral: hard corals that build stability for this incredibly intricate ecosystem and soft corals that bend in flashes of colour with the changing current. These corals are essential to the survival of the ecosystem, but predators such as the Crown of Thorns starfish and environmental factors, such as coral bleaching, are killing the coral and devastating the reef.

What is coral bleaching?

Prolonged changes in the water temperature by as little as one to two degrees can stress the coral. This stress causes the polyps to release toxins that expel the algae on which they rely. As it is the algae that gives the coral its colour, this effect is what gives the name “coral bleaching”. The reef is drained of colour and begins to look like a stark, barren graveyard.

While a reef can recover if conditions normalise fairly quickly, when two big coral bleaching events happen in successive years, like we’ve seen in 2016 and 2017, it makes that recovery much more challenging and the coral more likely to starve to death.

How does this affect the ecosystem?

In the case of the Great Barrier Reef, it’s the northernmost part of the system that’s been hit the hardest. Even from the air, white patches can be seen where bleaching has affected the reef. Below the surface, the coral turns stark white during the event, and if it does not recover, the whole ecosystem rots.

Soft corals seem to melt, dribbling down the remnants of hard coral that turns brown. Around 9 percent of the region’s fish are directly dependent on the coral as both a food source and a habitat, and around 65 percent of fish prefer to settle on or near the reef. The reef's health and existence is critical to the ecosystem.

Should I still visit the reef?

The greatest danger to the reef from tourism is negligence – snorkellers and divers may damage the reef as they swim over it, knocking pieces off with their fins.

However, overall, tourism helps the reef more than it hinders it. Right now, 80 percent of visitors are taken to an area that covers just 7 percent of the reef – mostly to the south where coral bleaching has been less severe – and every visitor has to pay an Environmental Management Charge (EMC).

Launched in November 2017, Citizens of the Great Barrier Reef is a huge social movement that intends to unite the world to save the reef. Their CEO, Andy Ridley, says that “tour operators are not the villains. The tourism sector is one of the strongest guardians of the reef”. In a politically challenging setting where environmentalists battle with industrialists against the new coal mines planned in Queensland, tourism is vital in terms of the funding it provides and the pressure that it puts on the government to preserve it.

The balance is a difficult one to get right. Some destinations, such as Koh Tachai island in Thailand, have banned tourists from their reef, maintaining that visitors accelerate coral bleaching. But without the economic support generated by tourism to fund research, there can be little advancement in finding a solution to the greater threat.

So, how can I visit sustainably?

The key to visiting the reef sustainably is in selecting the right tour operator. The standard of operators across the reef are highly scrutinised and accreditation is based on the standards to which the operators adhere – so always do your homework before you go.

The best are those that have been awarded Advanced Ecotourism levels such as Reef Magic cruises in Cairns, Quicksilver Connections in Port Douglas and Tall Ship Adventures in the Whitsundays. If you want to check that an operator is up to scratch, the Australian government’s Great Barrier Reef Marine Park Authority has put together a comprehensive list of high standard tourism operators.

Another way to help is to get involved in the Eye on the Reef programme, which invites all visitors to collect information about the health of the reef. It even has a handy app where you can upload pictures of what you spot and where, meaning that tabs can easily be kept on the location of pests like the Crown-of-thorns starfish, marine pollution and rare marine animals.

What does the future of the reef look like?

“The reef is not dead, and we should not give up on it” maintains Citizens of the Great Barrier Reef's Andy Ridley. Marine biologists and scientists have not given up hope that the reef can recover and are continually looking for ways to reverse the affects of coral bleaching.

Just a few months ago, in September 2017, Johnny Gaskell, Daydream Island's 'Living Reef' marine biologist, made a huge discovery. He noticed a deep blue circle on Google maps off the coast of the Whitsundays and set off to investigate. What he discovered was remarkable. Sheltered inside the protective walls of a deep lagoon were huge, undamaged colonies of Staghorn and Birdsnest corals.

“This is extremely important for the ecology of the reef, as the healthy corals in the lagoon will play a big role during this year's coral spawning,” says Gaskell. “Recolonisation to other areas will be the key to the ongoing resilience of the reef. The good news is, there is still so much colour and beauty out there.”

Discover more Australian travel destinations in our guide to the best things to do in Australia.

Learn more about the Great Barrier Reef with The Rough Guide to Australia. Compare flights, find tours, book hostels and hotels for your trip, and don’t forget to buy travel insurance before you go. 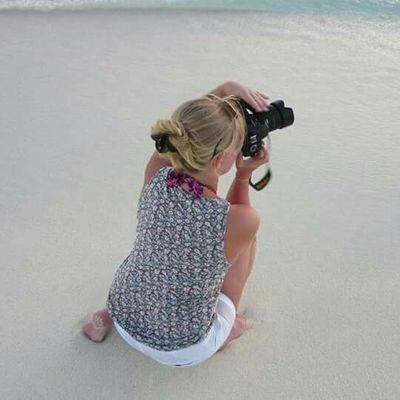