Official capital of Wales since only 1955, buoyant CARDIFF (Caerdydd) grew swiftly into its new role. A number of massive developments, not least the shiny Welsh National Assembly and Millennium Centre on the rejuvenated Cardiff Bay waterfront, and a fabulous city-centre sports stadium, give the city the feel of an international capital, if not always with a very Welsh flavour.

Cardiff’s sights are clustered in fairly small, distinct districts. The compact commercial centre is bounded by the River Taff, which flows past the tremendous Millennium Stadium; in this rugby-mad city, the atmosphere in the pubs and streets when Wales have a home match – particularly against the old enemy, England – is charged with good-natured, beery fervour. Just upstream, the Taff is flanked by the wall of Cardiff’s extraordinary castle, an amalgam of Roman remains, Norman keep and Victorian fantasy. North of the castle is a series of white Edwardian buildings grouped around Cathays Park: the City Hall, Cardiff University and the superb National Museum. A mile south of the centre, Cardiff Bay, once a bustling port, now a classy waterside development, houses the stunning Welsh National Assembly and Millennium buildings, and a stack of bars and restaurants. North of the city, a number of sights warrant a visit: Llandaff Cathedral, with its strange clash of Norman and modern styles; the thirteenth-century fairy-tale castle of Castell Coch, on a hillside in the woods; and the massive Caerphilly Castle. To the west, there’s the hugely popular National History Museum at St Fagans.

The second Marquess of Bute built Cardiff’s first dock in 1839, opening others in swift succession. The Butes owned massive swathes of the rapidly industrializing South Wales Valleys and insisted that all coal and iron exports use the family docks in Cardiff, which became one of the world’s busiest ports. The twentieth century saw varying fortunes: the dock trade slumped in the 1930s and the city suffered heavy bombing in World War II, but with the creation of Cardiff as capital in 1955, optimism and confidence in the city blossomed. Many government and media institutions have moved here from London, and the development of the dock areas around the new Assembly building in Cardiff Bay has given a largely positive boost to the cityscape.

In addition to its castle, Caerphilly is also known for its crumbly white cheese, which has inspired the vibrant Big Cheese Festival, held over three days in late July in the shadow of the castle. It’s a hoot, with concerts, street theatre, historical re-enactments, a funfair, falconry and, naturally, a cheese race.

Cardiff Bay has become one of the world’s biggest regeneration projects, the downbeat dereliction of the old docks having been almost completely transformed into a designer heaven. In years gone by, when the docks were some of the busiest in the world, the area was better known by its evocative name of Tiger Bay, immortalized by local lass Shirley Bassey.

The Bay area now comprises three distinct parts, situated either side of Roald Dahls Plass, the main square named after the Cardiff-born children’s author (1916–90): on the eastern side the civic precincts around the glorious Wales Millennium Centre, to the west the shiny millennium waterfront, including the Mermaid Quay retail and leisure complex, and, set back from the water’s edge, the suburb of Butetown.

The mesmerizing Wales Millennium Centre is a vibrant performance space built in 2004 for theatre and music. Likened by critics to a copper-plated armadillo or a great snail, the WMC soars gracefully over the Bay rooftops, its exterior swathed in Welsh building materials, topped with a stainless-steel shell tinted with a bronze oxide to resist salty air.

Welsh music has a fantastically strong pedigree, and Cardiff has spawned its fair share of great bands in recent years, not least the wonderful Super Furry Animals, whose lead singer, Gruff Rhys, has also made several Welsh-language albums. Hailing from the nearby mining town of Blackwood, Indie/rock champions the Manic Street Preachers have been making thrilling records for the best part of twenty years, while bands such as Los Campesinos! and Future of the Left have recently taken up the baton.

Great places to catch live music include the Cardiff Arts Institute in Cathays, the venerable Coal Exchange down in Cardiff Bay, and the inimitable Clwb Ifor Bach, which has long been a bastion for Welsh-language bands. Cardiff is also home to the world’s oldest record shop, Spillers, founded in 1894; you could easily spend a couple of hours leafing through its hard-to-find tracks of all genres. You’ll find it in Morgan’s Arcade (Mon–Sat 9.30am–5.45pm). 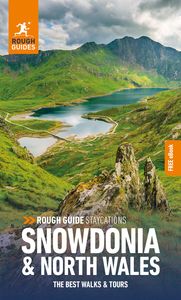