The North Coast of Wales and Anglesey

On the north coast of Wales, the island Anglesey connects with the mainland at the university town of Bangor. a lively enough place that’s best used as base for visiting Penrhyn Castle or as a springboard for Snowdonia. Heading east you encounter the north coast proper, where the castle town of Conwy and elegant Llandudno are the essential stops.

BANGOR, across the bridge from Anglesey, is not big, but as the largest town in Gwynedd and home to Bangor University, it passes in these parts for cosmopolitan. Bangor is a hotbed of passionate Welsh nationalism, hardly surprising in such a staunchly Welsh-speaking area, and it’s a dramatic contrast from the largely English-speaking north coast resorts.

Conwy, wonderfully set on the Conwy Estuary, twenty miles east of Bangor, is backed by a forested fold of Snowdonia. The town has a fine castle and a complete, three-quarter-mile-long belt of 30ft-high town walls encircling a compact core of medieval and Victorian buildings. This makes it extremely easy to potter around, and though you’ll see everything you need to in a day, you may well find yourself wanting to stay longer.

Conwy Castle is the toughest-looking link in Edward I’s Iron Ring of fortresses around North Wales. With 1500 men, James of St George took just five years to construct eight massive towers in a rectangle around the two wards on a strategic knoll near the mouth of the river. The inner ward was separated from the outer by a drawbridge and portcullis, and further protected by turrets atop the four eastern towers, now the preserve of crows.

In 1401, on Good Friday, when the fifteen-strong castle guard were at church, two cousins of Owain Glyndŵr took the castle and razed the town for Glyndŵr’s cause. It was re-fortified for the Civil War then subsequently stripped of all its iron, wood and lead, and was left substantially as it is today.

The outer ward’s 130ft-long Great Hall and the King’s Apartments are both well preserved, but the only part of the castle to have kept its roof is the Chapel Tower, named for the small room built into the wall whose semicircular apse still shows some heavily worn carving.

The twin limestone hummocks of the 680ft Great Orme and its southern cousin the Little Orme provide a dramatic frame for the gently curving Victorian frontage of LLANDUDNO, four miles north of Conwy. Despite the arrival of more rumbustious fun-seekers to its seaside resort, Llandudno retains an undeniably dignified air, bolstered by its ever-improving selection of chic hotels and quality restaurants.

Book tickets and tours in Llandudno

Llandudno’s early history revolves around the Great Orme, where St Tudno, who brought Christianity to the region in the sixth century, built the monastic cell that gives the town its name. In the mid-nineteenth century, local landowner Edward Mostyn exploited the growing craze for sea-bathing and built a town for the upper-middle classes which quickly became synonymous with the Victorian ideal of a respectable seaside resort..

The view from the top of the Great Orme (Pen y Gogarth) ranks with those from the far loftier summits in Snowdonia, combining the seascapes east towards Rhyl and west over the sands of the Conwy Estuary with the brooding, quarry-chewed northern limit of the Carneddau range where Snowdonia crashes into the sea. This huge lump of carboniferous limestone was subject to some of the same stresses that folded Snowdonia, producing fissures filled by molten mineral-bearing rock.

The base of the Great Orme is traditionally circumnavigated on Marine Drive, a five-mile anticlockwise circuit from just near Llandudno’s pier. The best way to get to the copper mines and the grasslands on top of the Orme is by the San Francisco-style Great Orme Tramway, which creaks up from the bottom of Old Road, much as it has done since 1902.

A Bronze Age settlement developed around what are now the Great Orme Copper Mines, accessed via the tramway. Hard hats and miners’ lamps are provided for the self-guided tour through just a small portion of the tunnels, enough to give you a feel for the cramped working conditions and the dangers of falling rock.

The island of Anglesey (Ynys Môn) is a world apart. Its low green fields and farms are a far cry from the mountains of Snowdonia, and compared to its neighbour – hardly a region of whirlwind modernity itself – the pace of life is even slower. This is a place to amble along backroads, lingering over the sea views and superb coastal scenery, and to perhaps explore the many restaurants that have seen the island emerge as a foodie hot spot.

The gastronomy theme is the latest take on Anglesey’s reputation as Mam Cymru, the “Mother of Wales”, attesting to its former status as the country’s breadbasket. In the twelfth century, Giraldus Cambrensis noted that “When crops have failed in other regions, this island, from its soil and its abundant produce, has been able to supply all Wales”.

Anglesey remains predominantly agricultural, with a landscape of small fields, stone walls and whitewashed houses. Linguistically and politically, it is solidly Welsh, with the language spoken as a matter of course. Most residents will at least understand the lines of one of Anglesey’s most famous poets, Goronwy Owen, whose eulogy on his homeland translates as “All hail to Anglesey/The delight of all regions/Bountiful as a second Eden/Or an ancient paradise”.

The main tourist town is Beaumaris, thanks to its beautiful setting and castle. Following the south coast clockwise you’ll find a string of minor sights and lovely beaches on the way to Holy Island (Ynys Gybi); it barely deserves the name, in truth, since it’s just a few yards off the northwest coast and connected by road and rail causeways. Come for the fine beaches at Rhoscolyn and Trearddur Bay – the sandy coves and rocky headlands here provide superb sea kayaking and there’s good kitesurfing – or for the impressive sea-bird cliffs around South Stack. And if you really want to experience life in the slow lane, you could stroll around the whole lot in a fortnight or so on the 125-mile Anglesey Coast Path.

The earliest people on Anglesey were Mesolithic hunters who arrived between 8000 and 4000 BC. Around 2500 BC, a new culture developed among the small farming communities, giving rise to the many henges and stone circles on the island – it has Wales’ greatest concentration of pre-Christian sites. These communities held sway until the Celts swept across Europe in the seventh century BC, led by their priestly class, the druids. Anglesey – well positioned at the apex of Celtic sea traffic – became the most important druidic centre in Europe. The druids were so firmly established that Anglesey was the last place in Wales to fall to the Romans, in 61 AD.

The vacuum left by the Romans’ departure in the fifth century was soon filled by the greatest of all Welsh dynasties, the Princes of Gwynedd, who held court at Aberffraw. Under Rhodri Mawr, in the ninth century, their influence spread over most of Wales as he defeated the encroaching Vikings. Anglesey again fell to outsiders towards the end of the thirteenth century when Edward I defeated the Welsh princes, sealing the island’s fate by forging the final link in his Iron Ring of castles at Beaumaris.

How to get to and around Anglesey 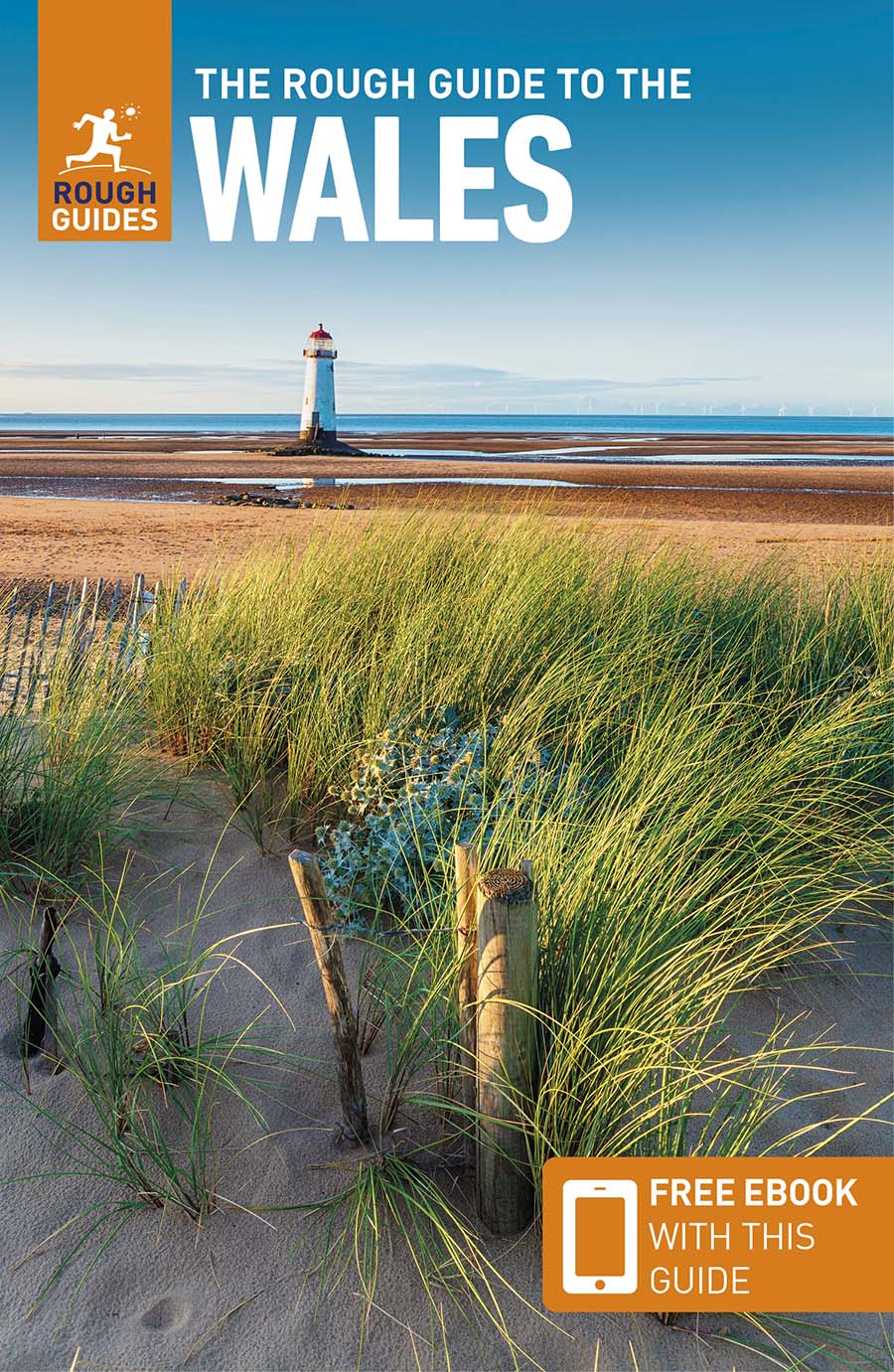