KO TAO (Turtle Island) is so named because its outline resembles a turtle nose-diving towards Ko Pha Ngan, 40km to the south. The rugged shell of the turtle, to the east, is crenellated with secluded coves where one or two bungalows hide among the rocks. On the western side, the turtle’s underbelly is a long curve of classic beach, Hat Sai Ree, facing Ko Nang Yuan, a beautiful Y-shaped group of islands offshore, also known as Ko Hang Tao (Turtle’s Tail Island). The 21 square kilometres of granite in between is topped by dense forest on the higher slopes and dotted with huge boulders that look as if they await some Easter Island sculptor. It’s fun to spend a couple of days exploring the network of rough trails, after which you’ll probably know all 1700 of the island’s inhabitants. Ko Tao is now best known as a venue for scuba-diving courses, with a wide variety of dive sites in close proximity.

The island is the last and most remote of the archipelago that continues the line of Surat Thani’s mountains into the sea. It served as a jail for political prisoners from 1933 to 1947, then was settled by a family from Ko Pha Ngan. Now, there are around 150 sets of bungalows for visitors, just about enough to cope during the peak seasons of December to March and August, concentrated along the west and south sides; they include a rapidly growing number of upscale resorts with such luxuries as air conditioning, hot water and swimming pools. There’s a limited government supply of electricity, so some of it still comes from private generators on the remotest beaches, usually evenings only.

If you’re just arriving and want to stay on one of the less accessible beaches, it might be a good idea to go with one of the touts who meet the ferries at Mae Hat, the island’s main village, with pick-up or boat on hand, since at least you’ll know their bungalows aren’t full; otherwise call ahead, as even the remotest bungalows now have landlines or mobile phones and most owners come to market once a day (pick-ups are either free or B50–150/person). Some resorts with attached scuba-diving operations have been known to refuse guests who don’t sign up for diving trips or courses; on the other hand, most of the dive companies now have their own lodgings, available free or at a discounted price to divers. With a year-round customer base of divers – and resident dive instructors – a growing number of sophisticated Western restaurants and bars are springing up all the time, notably in Mae Hat and on Hat Sai Ree. For nightlife, your best bet is to watch out for posters advertising weekly and monthly parties around the island, which keep the crowds rotating.

The weather is much the same as on Pha Ngan and Samui, but being that bit further off the mainland, Ko Tao feels the effect of the southwest monsoon more: June to October can have strong winds and rain, with a lot of debris blown onto the windward coasts.

Round-island boat tours are available at Mae Hat or through your bungalow, with stops for snorkelling and swimming; these take in snorkelling in the Japanese Gardens off Ko Nang Yuan, but you’ll have to pay the B100 entrance fee if you set foot on the island to climb up to the viewpoint. Some dive companies will take along snorkellers, usually on their afternoon trips, when they visit the shallower sites.

With so many divers and other visitors coming to this tiny island, the pressures on the environment, both above and below the waterline, are immense. To minimize your impact, look out for the work of a community group, Save Koh Tao, which has been formed among concerned locals and resident Westerners, with a sub-group devoted to marine conservation. Activities include a turtle-release programme, erosion control, a campaign for septic tanks to stop waste water being run straight into the sea, coral nurseries and more than half a dozen artificial reefs around Ko Tao, which allow divers to practise their skills without damaging coral. Their monthly land and underwater clean-ups are given a big splash once a year, during the two-day Underwater Festival in March, which involves mass beach-cleaning, fundraising, live bands and turtle releasing. Look out also for Sabai Jai, a free quarterly eco-travel magazine produced by the owner of Yakuzen Japanese Bath Village.

Much of what visitors can do to help is common sense: avoiding littering, recycling where possible and turning down plastic bags when you’re shopping. The island suffers from a scarcity of water, with occasional droughts during the hot season after a poor rainy season, so conserve water whenever possible. In the sea, the main rule is not to touch the coral, which may mean avoiding snorkelling when the water is low from April to September – if in doubt, ask locally for advice, be careful and go out at high tide. Don’t take away dead shells, and don’t buy coral or shell jewellery. If you’re feeling really keen, check whether your bungalow resort has a septic tank. And some dive schools have a Save Koh Tao donation box.

Some of the best dive sites in Thailand are found off Ko Tao, which is blessed with outstandingly clear (visibility up to 35m), safe and relatively deep water close in to shore. On top of that, there’s a kaleidoscopic array of coral species and other marine life, and you may be lucky enough to encounter whale sharks, barracudas, leatherback turtles and pilot whales. Diving is possible at any time of year, with sheltered sites on one or other side of the island in any season – the changeover from southwest to northeast monsoon in November is the worst time, while visibility is best from April to July, in September (usually best of all) and October. Ko Tao supports several evacuation centres, clinics that specialize in diving medicine, while the nearest recompression chamber is on Ko Samui, ninety minutes away by speedboat.

Surrounded by a variety of sites, with assorted hard and soft corals and an abundance of fish: the Nang Yuan Pinnacle, a granite pinnacle with boulder swim-throughs, morays and reef sharks; Green Rock, a maze of boulder swim-throughs, caves and canyons, featuring stingrays and occasional reef sharks; Twins, two rock formations covered in corals and sponges, with a colourful coral garden as a backdrop; and the Japanese Gardens, on the east side of the sand causeway, which get their name from the hundreds of hard and soft coral formations here and are good for beginners and popular among snorkellers.

At Ao Hinwong; generally for experienced divers, often with strong currents. Similar scenery to White Rock, over a larger area, with beautiful soft coral at 30m depth. A wide range of fish, including blue-spotted fantail stingrays, sweetlips pufferfish and boxfish, as well as hawksbill turtles.

or Northwest Pinnacle A granite pinnacle for experienced divers, starting 14m underwater and dropping off to over 36m, its top covered in anemones; surrounded by several smaller formations and offering the possibility of exceptional visibility. Barrel sponges, tree and antipatharian corals at deeper levels; a wide variety of fish, in large numbers, attract local fishermen; barracudas, batfish, whale sharks (seasonal) and huge groupers.

(Hin Bai) Midway between Ko Tao and Ko Pha Ngan, emerging from the sand at a depth of 40m and rising 15m above the sea’s surface. Visibility of up to 30m, and an amazing 10m underwater chimney (vertical swim-through). Antipatharian corals, both bushes and whips, and carpets of anemones. Large groupers, snappers and fusiliers, blue-ringed angelfish, batfish, kingfish, juvenile clown sweetlips and barracuda; a possible spot for sighting whale sharks and mantas.

Very good company. easy to work with. their Vietnam coordinator was in Vietnam and I was able to chat with her directly with WhatsApp. Hotels and guides th ... 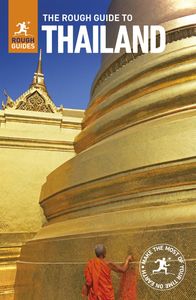