How to get to Scotland

The quickest, easiest and cheapest way to get to Scotland is by plane. Scotland has three main international airports: Glasgow, Edinburgh and Aberdeen. Glasgow handles most nonstop scheduled flights from North America; all three have a reasonable spread of European flights.

With most airlines nowadays, how much you pay depends on how far in advance you book and how much demand there is during that period – the earlier you book, the cheaper the prices.

If you’re coming from elsewhere in Britain, from Ireland or even northwest Europe, you can reach Scotland easily enough by train, bus or ferry – it probably won’t work out cheaper or faster than flying, but it’s undoubtedly better for the environment.

From England and Wales

If you’re heading out to the Highlands and Islands, flying is the quickest way to travel. Airfares are only really competitive, however, on popular routes such as London or Birmingham to Edinburgh and Glasgow, which can cost as little as £50 return (journey time around 1hr). Once you add on the cost of taxes and getting to and from the airport, the savings on the same journey overland are often minimal – and then, of course, there’s the environmental impact to consider.

Flying may be quick, but the coach and train fares can be pretty competitive. If you book far enough in advance, train fares can cost as little as £40 for a London or Manchester to Glasgow return (journey time from 4hr 45min or 3hr 30min). A more flexible or last-minute fare will obviously cost two or three times that amount. Another option is the overnight Caledonian Sleeper run by ScotRail from London Euston (daily except Sat; journey time around 7hr); again, if you book in advance, single overnight fares cost around £20, though most return fares are more like £100 return. The coach takes longer than the train (journey time around 9hr), but costs less, with a London or Birmingham to Glasgow return starting for as little as £30.

Travel from Ireland is quickest by plane, with airfares from either Belfast or Dublin to Glasgow Prestwick from as little as €40 return. There are also good ferry links with Northern Ireland and the train and ferry fares are very competitive: Belfast to Glasgow (via Stranraer) is just £50 return (journey time 5hr). P&O Irish Sea runs several sea crossings daily from Larne to Cairnryan (1hr) and Troon (2hr) and Stena Line operates services daily from Belfast to Stranraer (2hr 10min).

Ferries run by DFDS Seaways go overnight from IJmuiden, near Amsterdam, to Newcastle (daily; 16–17hr), less than an hour’s drive south of the Scottish border. High-season return fares start at around €300, for a passenger with a car and an overnight berth. Direct Ferries (directferries.co.uk) has a very useful website that gives you the latest information on crossings and allows you to compare all the options.

From the US and Canada

If you fly nonstop to Scotland from North America, you’ll arrive in either Glasgow or Edinburgh. The majority of cheap fares, however, route through London, Manchester, Dublin or Paris. To reach any other Scottish airport, you’ll definitely need to go via London, Glasgow or Edinburgh.

Figure on six to seven hours’ flight time nonstop from the east coast to Glasgow, or seven hours to London plus an extra hour and a quarter from London to Glasgow or Edinburgh (not including stopover time). Add three or four hours more for travel from the west coast.

From Australia and New Zealand

Flight time from Australia and New Zealand to Scotland is at least 22 hours. There’s a wide variety of routes, with those touching down in Southeast Asia the quickest and cheapest on average. To reach Scotland, you usually have to change planes either in London – the most popular choice – or in another European gateway such as Paris or Amsterdam. Given the length of the journey involved, you might be better off including a night’s stopover in your itinerary, and indeed some airlines include one in the price of the flight.

The cheapest direct scheduled flights to London are usually to be found on one of the Asian airlines. Average return fares (including taxes) from eastern gateways to London are Aus$1500–2000 in low season, Aus$2000–2500 in high season. Fares from Perth or Darwin cost around Aus$200 less. Return fares from Auckland to London range between NZ$2000 and NZ$3000 depending on the season, route and carrier.

There are no direct flights from South Africa to Scotland, so you must change planes en route. The quickest and cheapest route to take is via London, with flight time around eleven hours, usually overnight. Return fares from Cape Town to London are ZAR7500–10,000; you’ll save money if you buy the next leg of your journey to Scotland online. 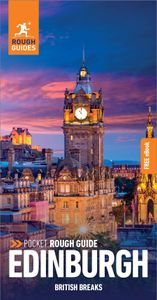