Manchester has had a global profile for more than 150 years, since the dawn of the industrial revolution. But today’s elegant core of converted warehouses and glass skyscrapers is a far cry from the smoke-covered sprawl George Orwell once described as “the belly and guts of the nation”.

Its renewed pre-eminence expresses itself in various ways Most swaggeringly in its football, as home to the world’s most famous and wealthiest clubs – Manchester United and Manchester City.

But also in a thriving music scene that has given birth to world-beaters as diverse as the Hallé Orchestra and Oasis. Its cultural significance is epitomized by the bi-annual Manchester International Festival that features upwards of twenty world premiers of new, creative talent. Moreover, the city’s celebrated concert halls, theatres, clubs and cafés feed off the cosmopolitan drive provided by the country’s largest student population outside London and a blooming, proud gay community.

There are plenty of sights, too: the centre possesses the Manchester Art Gallery, the National Football Museum and the fantastic People’s History Museum as well as the Museum of Science and Industry, while further out, to the west, the revamped Salford Quays are home to the prestigious Lowry arts centre, complete with a handsome selection of L.S. Lowry paintings, and the stirring and stunning Imperial War Museum North.

Places to visit in Manchester

If Manchester can be said to have a centre, it’s Albert Square and the cluster of buildings surrounding it – the Town Hall, the Central Library and the Midland Hotel, originally built in the railway age to host visitors to Britain’s greatest industrial city.

South of here, the former Central Station now functions as the Manchester Central convention centre, with the Hallé Orchestra’s home, Bridgewater Hall, just opposite. Chinatown and the Gay Village are just a short walk to the east, while to the northeast, the revamped Piccadilly Gardens provides access to the funky Northern Quarter.

To the southwest is the Castlefield district, site of the Museum of Science and Industry. The central spine of the city is Deansgate, which runs from Castlefield to the cathedral and, in its northern environs, displays the most dramatic core of urban regeneration in the country, centred on the unalloyed modernity of Exchange Square.

Oldham Street, which shoots off northeast from Piccadilly Gardens, is the shabby gateway to the hip Northern Quarter. Traditionally, this is Manchester’s garment district and you’ll still find old-fashioned shops and wholesalers selling clothes, shop fittings, mannequins and hosiery alongside the more recent designer shops, music stores and trendy café-bars. Thomas Street is at the heart of the area; for details of some of the best shops around here, see Shopping.

The superb People’s History Museum explores Britain’s rich history of radicalism and the struggles of marginalized people to acquire rights and extend suffrage – ideas that developed out of the workers’ associations and religious movements of the industrial city and which helped to shape the modern world.

Housed in a former pump house and an ultramodern, four-storey extension, the galleries use interactive displays – including coffins and top hats – to trace a compelling narrative from the Peterloo Massacre of 1819 onwards. As the gallery shows, this moment became the catalyst for agitation that led to the 1832 Reform Act, and subsequent rise of the egalitarian Chartist movement.

The galleries go on to explore the struggle for female suffrage, the Communist party in Britain, Oswald Mosely’s fascists, and the working-class origins of football and pop music, and include the finest collection of trade union banners in the country.

There are many city-centre hotels, especially budget chains, which means you have a good chance of finding a smart, albeit formulaic, en-suite room in central Manchester for around £60–70 at almost any time of the year – except when United are playing at home. Less expensive guesthouses and B&Bs are concentrated some way out of the centre, mainly on the southern routes into the city.

Rivalling London in the breadth and scope of its cafés and restaurants, Manchester has something to suit everyone. The bulk of Manchester’s eating and drinking places are scattered around the city centre, but the Rusholme district, a couple of miles south, possesses the city’s widest and best selection of Asian restaurants. From Rusholme, it’s another couple of miles along Wilmslow Road to Didsbury, a leafy suburb with several excellent places to eat.

Manchester’s musical heritage and whopping student population keep things lively and interesting. Clubs change styles depending on the night of the week, and frequently change names; in addition, many of the city’s hip café-bars host regular club nights.

There is also an excellent live music scene, of course, with tickets for local bands usually under £5, perhaps £10–15 for bigger names. Check ubiquitous fly-posters, and the websites listed here, to see what’s on. The bi-annual artist-led Manchester International Festival has included upwards of twenty world premiers of shows by names such as Damon Albarn and Björk.

As for classical music, the city is blessed with the North’s most highly prized orchestra, the Hallé, which is resident at Bridgewater Hall. Other acclaimed names include the BBC Philharmonic and the Manchester Camerata chamber orchestra, who perform at a variety of venues. The Cornerhouse is the local alternative arts mainstay, while a range of mainstream and fringe theatres produce a lively, year-round programme.

Aside from the high-end boutiques on King Street, and the department stores around Market Street and Exchange Square, the city has a plethora of smaller independent stores catering for all tastes. If you’re around between mid-November and the week before Christmas, it’s well worth making for the city’s German Christmas Market, which sees Albert Square transformed into a Bavarian picture postcard.

The side roads off Portland Street lead down to the Rochdale canal, where Canal Street forms the heart of Manchester’s thriving Gay Village: the pink pound has filled this area of the city with canalside cafés, clubs, bars and businesses. Always lively, the village is packed to bursting point during Manchester’s huge Gay Pride festival, which usually occurs on the last weekend of August. The village is closed off as thousands of revellers descend for music – big-name performers have included Beth Ditto and Boy George – comedy, theatre and exhibitions, all celebrating lesbian, gay, bi, and trans-gendered sexuality.

Despite a history stretching back to Roman times, and pockets of surviving medieval and Georgian architecture, Manchester is first and foremost a Victorian manufacturing city. Its rapid growth set the pace for the flowering of the Industrial Revolution elsewhere – transforming itself in just a hundred years from little more than a village to the world’s major cotton centre.

The spectacular rise of Cottonopolis, as it became known, arose from the manufacture of vast quantities of competitively priced imitations of expensive Indian calicoes, using water and then steam-driven machines developed in the late eighteenth and nineteenth centuries. This rapid industrialization brought immense wealth for a few but a life of misery for the majority.

The discontent this came to a head in 1819 when eleven people were killed at Peterloo, in what began as a peaceful demonstration against the oppressive Corn Laws. Things were, however, even worse when the 23-year-old Friedrich Engels came here in 1842 to work in his father’s cotton plant: the grinding poverty he recorded in his Condition of the Working Class in England was a seminal influence on his later collaboration with Karl Marx in the Communist Manifesto.

The Manchester Ship Canal, constructed in 1894 to entice ocean-going vessels into Manchester and away from burgeoning Liverpool, played a crucial part in sustaining Manchester’s competitiveness. From the late 1950s, however, the docks, mills, warehouses and canals were in dangerous decline.

The main engine of change turned out to be the devastating IRA bomb, which exploded outside the Arndale shopping centre in June 1996, wiping out a fair slice of the city’s commercial infrastructure. Rather than simply patching things up, the city council embarked on an ambitious rebuilding scheme, which transformed the face of the city forever. 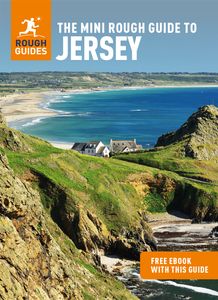