The best way to explore Nepal, of course, is to use this guide to create your own itinerary, but below we offer three recommended routes. "The Best of Nepal" covers the highlights – deservedly popular destinations, but you'll never be far off the beaten track. "Kathmandu and Everest" adds a few Kathmandu Valley sights onto the Everest Base Camp trek, while "Exploring the West" gives you a memorable trip well away from most tourist itineraries.

If you are planning your travel to Nepal yourself, use these itineraries created by our travel writers as a starting point for inspiration.

Nepal Itinerary 1 - The best of Nepal

You could do a whistlestop tour of the classic sights in eight to ten days. If you trek into the Annapurna region, you'll need another week or two – depending how far and how fast you walk.

The capital has boomed in recent years, becoming a busy, polluted, modern city, but it still preserves a stunning medieval heart and an easygoing restaurant and nightlife scene.

At the holy riverbank of Pashupatinath, the Hindu dead are cremated in the open; just down the road lies the dizzyingly exotic Tibetan Buddhist community of Boudha.

The stunningly preserved micro-city of Bhaktapur offers a taste of what Kathmandu was like before the modern world arrived.

Poised on a precipitous ridge, the old-world bazaar town of Bandipur has become an easygoing haven, packed with gorgeous boutique hotels and friendly homestay lodges.

Set under the white peaks of the Annapurna range, lakeside Pokhara is Nepal's biggest tourist centre. You can paraglide, meditate or just relax on a boat or in a bar.

The Annapurna range rises above some of Nepal's lushest, steepest and loveliest foothills – perfect for a shorter trek to the viewpoint of Poon Hill, or, with a few more days in hand, up to the uplifting Annapurna Sanctuary and then back to Pokhara.

From Pokhara, head off next to the jungle, grassland and rivers of Chitwan National Park. You're almost guaranteed sightings of rhinos, deer, monkeys, crocodiles and countless species of birds. You might not spot the elusive tigers, but you can ride on an elephant.

Altitude enforces a minimum 14- to 16-day schedule for the Everest Base Camp trek, but three weeks would allow some exploration of Kathmandu and its valley as well.

Start acclimatizing with a day-hike from Kathmandu up to the valley rim at Shivapuri, taking in the Sleeping Vishnu at Budhanilkantha.

Fly from Kathmandu to the world's most insane airstrip, and in minutes you're at the gates of Khumbu, the profoundly Buddhist Everest region, ready to start walking up to Namche.

A "rest" day at Namche Bazaar, the Sherpa capital, might involve a six-hour round-trip hike to Thame.

The slow ascent necessary for acclimatization above Namche allows time for monastery visits. On the trail between Namche and Base Camp, the serene gompa at Tengboche, Pangboche and Deboche are rich with gilded statues and thangka paintings.

Another "rest day" takes you exploring off the main Base Camp trail up to the Imja Glacier or the peak of Chhukhung Ri, overnighting at the tiny settlement of Chhukung.

The high point of the Everest trek isn't the relatively disappointing Base Camp itself (5300m) but the breathtaking (literally) viewpoint hillock of Kala Pattar (5545m).

In good conditions, experienced walkers can cross the Cho La into the Gokyo valley, for more views and a descent to Lukla by the western trail.

A post-trek day or two in Kathmandu could be happily wasted browsing for handicrafts, eating and drinking – or seeing the sights.

Few travellers head any further west than Pokhara, but as soon as you get off the well-travelled track you start tasting a rougher, richer side of Nepal. This itinerary is for those with weeks to spare – though you could reduce it to a fortnight by settling for just the Karnali, Bardia and Pokhara.

This remote rafting-and-camping trip begins with a flight to Nepalgunj, a bus or jeep ride via Birendra Nagar to the put-in point at Dungeshwar, then a raft descent through remote, far western hills.

The rafting trip can end at Bardia, which has all the spectacular wildlife of Chitwan, but a fraction of the visitors – and preserves its laidback mud-and-thatch lodges.

The birthplace of the Buddha sits in the burning hot plains, amid astounding monasteries and ancient archeological sites.

A friendly town on the edge of the hills offering appealing homestays, a fine restaurant, a palace, Himalayan views and a great day-hike to Rani Ghat.

You'll see no other tourists on this rough, multi-day mountain-biking (or, if you must, bus and hitchhiking) route between Tansen and Pokhara.

If you arrive in Pokhara from the west, you'll deserve all that basking by the lake, and all those relaxed bars and restaurants.

An impressive royal palace looms on the ridge above the hill town of Gorkha.

You could make a two- to three-week detour from Gorkha around Nepal's "teahouseable" trekking route – no camping required.

The Rough Guide to Nepal and related travel guides

I was 8 years old when I went to Nepal and it was a fantastic holiday. My Mum and Dad thought it was brilliant too. We went white water rafting, elephant r ... 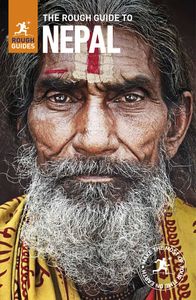 Your travel guide to Nepal

Ready to travel and discover Nepal?
Get support from our local experts for
stress-free planning & worry-free travels