Independent travellers often find the glitz of Mexico’s mammoth resort city, CANCÚN, off-putting and its beachfront pleasures brash and expensive. Certainly, for anyone who has been out in the rest of the Yucatán or is eager to get there, all the concrete can be a downer. But a night spent here on the way in or out doesn’t have to be wasted, so long as you appreciate the city as an energetic, successful frontier experiment, rather than lament its lack of history. A closer look reveals hidden beach bars and inexpensive taco stands frequented by cancunenses who are friendly and proud of their city’s prosperity.

If nothing else, Cancún is proof of the government’s remarkable ability to get things done in a hurry – so long as the will exists. In the late 1960s, the Mexican government decided to develop a new resort area to diversify the economy. Computers crunched weather data, and surveyors scouted the country’s natural attractions to identify a 25km-long barrier island just off the northern Caribbean coast as the ideal combination of beautiful beaches, sparse population and accessible position. Construction began in 1970, and when the first hotel opened in 1974, it relied on a generator for electricity and trucked-in water.

In the twenty-first century, the city has struggled to shed its reputation for tacky fun (Spring Break happens only a month a year, after all), but it has successfully courted Mexican tourists. It faced a serious crisis after Hurricane Wilma severely eroded the beach in 2005, but restoration schemes finally seem to have taken hold.

Several spots are for group tours from Cancún, but a couple are open for independent travellers. The best is Cenote Las Mojarras (998 147 0168, facebook.com/ParqueCenoteLasMojarras; M$250), at km 12.5, a big open pool with a zipline. Entry fees can be lower if you’re only staying a couple of hours, but with nature trails, lunch cooked over a wood fire and an enthusiastic manager who knows everything about the local plants, you can spend all day here; you can even camp, with prior reservations.

Several kilometres further is Siete Bocas (M$100), a water-filled cave with seven points of entry, best for divers, as there’s not much natural light. At km 17.5, Verde Lucero (M$60) is a pretty, rustic-feeling pool with only basic facilities – some bathrooms and basic snacks.

Cancún may not have any museums on land, but under the waves are more than four hundred sculptures. This underwater sculpture park, the Museo Subacuático de Arte (MUSA; 998 887 5501), is the work of English artist Jason deCaires Taylor. The concrete casts are largely based on real Mexicans, and some create surreal scenarios, such as a bureaucrat’s office on the sea floor. The aim of the ever-expanding museum is to draw visitors away from stressed reefs, while also giving coral a new place to grow. Though the first works were installed only in 2009, some of the figures are sprouting colourful buds and attracting other sea life.

A few of the works are in shallow water (4–10m), so snorkellers can drift above them. But the MUSA is really better visited as a dive excursion: with a full scuba kit, you can submerge and look the strikingly realistic portraits in the eye. There are also glass-bottom boat and parasailing trips (see the website for more info). 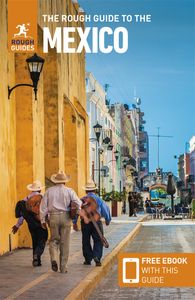