Walking around the relaxed, coastal city of Beppu (別府), it is at times tempting to think that the place was built atop the den of some giant dragon – spirals of steam billow skywards from a thousand holes, lending certain streets a magical, otherworldly air. However, this is no myth or fairytale, simply one of the world’s most geothermically active regions. Over one hundred million litres of near-boiling water gush out of more than three thousand springs each day, harnessed for use by local homes and swimming pools, for heating and medicinal purposes, or to fill the dozens of public and private baths that make this one of Japan’s most popular onsen resorts. The place is unashamedly commercial in nature, yet despite receiving over ten million visitors per year, it manages to feel like a town in decline – largely built during the domestic tourism boom of the 1970s, it seems half-forgotten by modern Japan. Still, the humble, throwback air that this creates enhances the city’s pleasure, and it’s easy to escape from the crowds.

There’s not a lot more to do in Beppu than soak in a tub or be buried in hot sand. The most popular attractions are the nine jigoku, which spew out steaming, sulphurous mud and form simmering lakes in lurid hues. Despite the hype, only two or three are of any real interest; you’d do better to head for a clutch of secret onsen hiding away in the western hills (see The sand baths). However, recent years have seen a burst in artistic creativity thanks to the Beppu Project (wbeppuproject.com), a venture which has roped in all sorts of locals – from painters to former prostitutes – in a noble effort to vent some of the city’s character. Projects have varied from art exhibitions to the remodelling of traditional buildings, but these come and go, so pick up a pamphlet at the tourist office, or go straight to their tiny base in the alley behind Takeya.

There are eight distinct hot-spring “towns” dotted about Beppu, each characterized by the varying proportions of iron, sulphur and other minerals in the water. Most activity, however, is concentrated in Kannawa (鉄輪). Not only is this northern district home to seven of the ten jigoku, but it’s also a spa in its own right with a beautiful garden rotemburo, as well as an outrageously tacky museum of erotica. Dedicated bathers might want to try one of Beppu’s sand baths or take a dip in one of the many on offer at the Suginoi Palace. Alternatively, you can ride the ropeway to the top of Tsurumi-dake for superb views over Beppu bay and inland to the Kujū mountains.

It wasn’t always this way. Taking a dip in an onsen should be the most natural thing in the world – add human bodies to hot water – but Beppu has seen most of its hot springs appropriated for commercial gain, whether it be heating a home on the cheap, boiling eggs for sale, or pointing guests towards their omiyage (souvenir gifts) at a five-star hotel. However, a few “hidden” baths lurking in the western hills allow some unsullied enjoyment of Beppu’s raison d’être – not exactly holes in the ground, but close enough.

The first step is to get to Myoban (明礬), an onsen area accessible from Beppu Station by bus. From here directions are a little tough; it’s best to arm yourself with a suitably rough map from the tourist office, or one of the two hostels. A twenty-minute walk on a road heading up and left from Myoban bus stop will bring you to a fork. Take a right, then scramble up the rock path at the second gate to get to Nabeyama-no-yu (鍋山の湯), a pair of onsen sitting in a forest-like setting. The first is a black-water pool, the second filled with clay that you can use for a free mud bath. Beppu is visible below, yet all one can hear are the sounds of nature – there isn’t even a place to put your clothes. Turning left instead at the aforementioned fork will eventually bring you to Hebin-yu (へびん湯), a valley-based cascade of pools attended by a ramshackle hut. To hit the third spring, Tsuru-no-yu (鶴の湯), you’ll have to get off the bus just before it passes under the highway, and head up the dirt track alongside a graveyard. Not easy – but it’s Beppu at its purest.

After all the self-indulgence of Beppu, the small and attractive castle town of Usuki (臼杵) offers a reminder of the spiritual side of life, and makes a pleasant stop on the coastal route to or from Miyazaki. Between the twelfth and fourteenth centuries, in a little valley around 5km southwest of town, skilled craftsmen sculpted some sixty Buddha statues in the soft lava tuff. The weather has taken its toll since then, but restoration work has saved several of these serene statues, which continue their vigil unperturbed.

The stone Buddhas, or Seki butsu (石仏), are grouped around the sides of a narrow north–south valley and divided into four clusters, of which the first and last are the most interesting. Following the path anticlockwise, the first you reach is the Hoki Second Cluster, dominated by a 3m-tall figure of Amitabha Buddha and his two attendants, each individually expressed. The path then takes you round via the Hoki First Cluster – comprising over twenty statues – and the rather worn Sannōsan trinity of Buddhas, to the Furuzono Cluster. Here, the central Dainichi Nyorai is considered one of Japan’s finest stone-carved Buddhas. While the lower body has partly rotted away, the Buddha’s face, picked out with faded pigment, is still sublime.

After you’ve walked round the Buddhas, which won’t take much over thirty minutes, it’s worth taking a quick stroll through the old centre of Usuki on the way back to the station. You’ll eventually come out on a traditional shopping street, where the local speciality, fugu, is much in evidence, either for sale dried in shops or on restaurant menus. 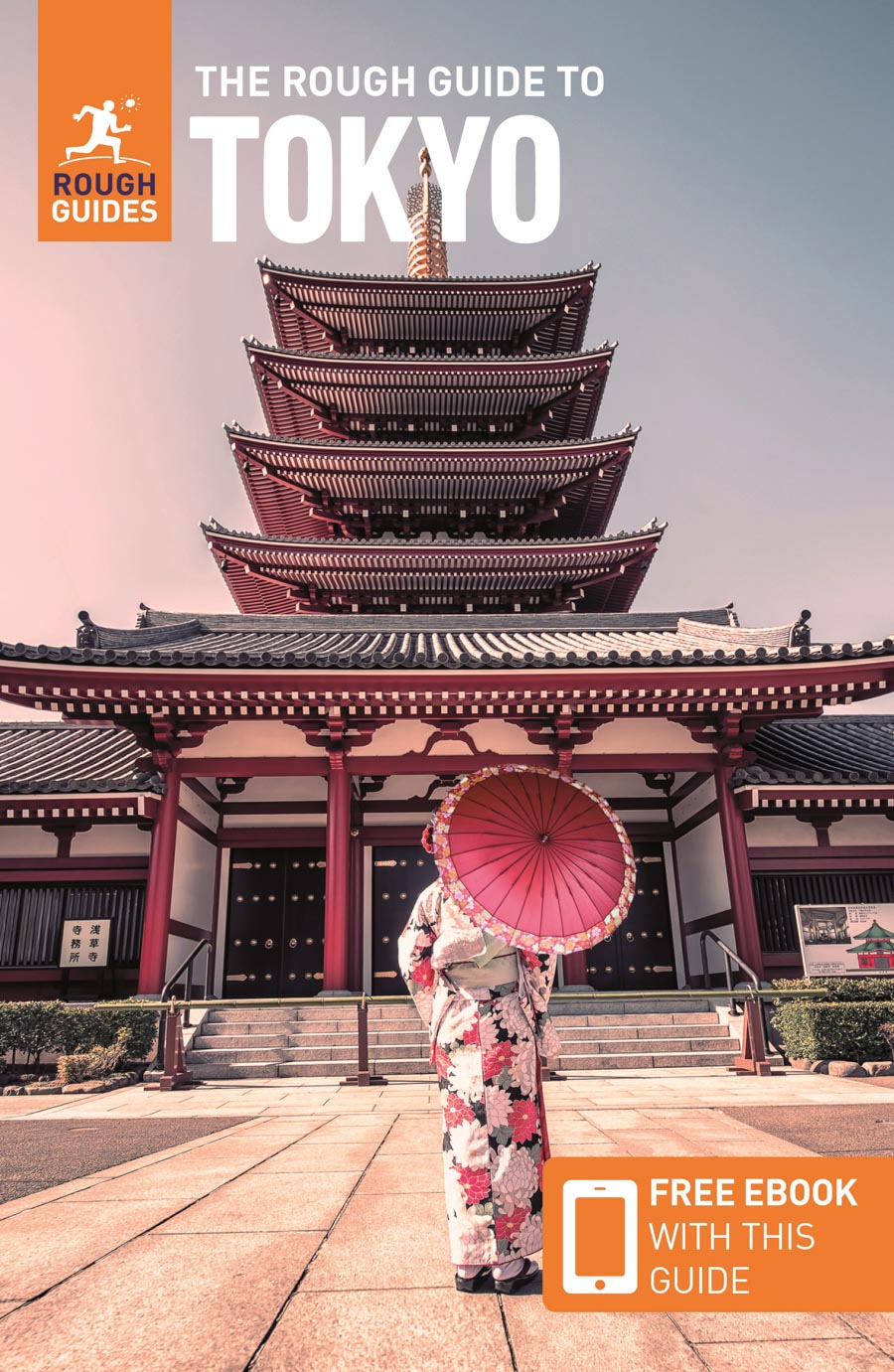