Tucked away in the Azusa valley at an altitude of 1500m is the beautiful mountaineering and hiking resort of Kamikochi (上高地). Little more than a bus station and a handful of hotels scattered along the Azusa-gawa, Kamikōchi has some stunning alpine scenery, which can only be viewed between April 27 and November 15 before heavy snow blocks off the narrow roads and the resort shuts down for winter. As a result, the place buzzes with tourists during the season and the prices at its hotels and restaurants can be as steep as the surrounding mountains.

Kamikōchi owes its fortunes to the late nineteenth-century British missionary Walter Weston, who helped popularize the area as a base for climbing the craggy peaks known as the Northern Alps. The highest mountain here is the 3190m Hotaka-dake (also known as Oku-Hotaka-dake), followed by Yari-ga-take (3180m). Both are extremely popular climbs; one trail up Yari-ga-take has been dubbed the Ginza Jūsō (“Ginza Traverse”) after Tokyo’s busy shopping area, because it gets so crowded. However, the congestion on the mountain is nothing compared to that found at its base, where, at the height of the season, thousands of day-trippers tramp through the well-marked trails along the Azusa valley. The best way to appreciate Kamikōchi is to stay overnight so you can experience the valley in the evening and early morning minus the day-trippers. Alternatively, visit in June, when frequent showers deter fair-weather walkers.

Beyond Tokusawa the serious hiking begins. The steep hike up the “Matterhorn of Japan” (so called because of its craggy appearance) to the mountain huts at Ichinomata on the lower slopes of Yari-ga-take (槍ヶ岳) takes around five hours, and can be done in a long day from Kamikōchi. There are basic huts on the mountain for overnight stays; a futon and two meals cost around ¥8000 per person, but things can get very crowded during the season.

Reaching the summit of Yari-ga-take may well give you a taste for mountaineering. The popular route to follow is due south across the alpine ridge to Hotaka-dake (穂高岳), the third-highest peak in Japan, a three-day loop that will bring you back to Kamikōchi.

Even for day walks, make sure you pack warm, waterproof clothing, as the weather can change rapidly in the mountains. At the height of summer temperatures on the peaks can be freezing, especially early in the morning.

With an early start, the scenic spots of the Azusa valley can all be covered in a day’s hike. Pick up the English Kamikōchi Pocket Guide from the information office at the bus stop for a good map of all the main trails. At the entrance to the valley, the Taishō-ike (大正池) is a glass-like pond that reflects the snowcapped peaks: head here first. From here an hour-long amble starts along the pebbly riverbank and splits after the Tashiro bridge, one leg continuing beside the Azusa-gawa, the other following a nature-observation trail along wooden walkways, over chocolatey marshes. The Taishō-ike was formed when the Azusa-gawa was naturally dammed up after the eruption of the nearby volcano Yake-dake in 1915, and dead tree trunks still poke out of the water. Rowing boats can be rented from the Taishō-ike Hotel for ¥800 for thirty minutes.

Returning the way you came, cross over the Tashiro bridge to the opposite bank of the river, where the path leads past some of Kamikōchi’s hotels and the rock-embedded relief statue of Walter Weston. In the centre of the village the river is spanned by the much-photographed wooden suspension bridge Kappa-bashi (河童橋). Cross this and continue north for a couple of minutes to the good visitor centre, where there are nature displays and some stunning photographs of the mountains.

The crowds fall away on the hike north from the visitors’ centre to the picturesque pond, Myōjin-ike (明神池), with its tiny shrine and mallard ducks; the 7km return trip will take you around two hours at a leisurely pace. Myōjin-ike is the location of a festival on October 8 when two boats, their prows decorated with the head of a dragon and a legendary bird, float on the sacred pond. From here the really keen can follow the six-hour course up the valley to the Tokusawa campsite (徳沢) and the Shinmura suspension bridge, named after a famous climber, Shinmura Shōichi.

A thirty-minute train ride north of Matsumoto lies the quiet country town of Hotaka (穂高), well known for its production of wasabi, the fiery green horseradish that, made into a paste, accompanies sushi and sashimi. The enjoyably touristy Dai-ō Wasabi Farm (大王わさび農場; daily 9am–5pm; free), one of the largest such in Japan, is about 2km from the station. The vast fields of wasabi growing in wide, waterlogged gravel trenches make an impressive sight. Within the landscaped grounds you can sample wasabi in all manner of foods, including ice cream, which is surprisingly tasty.

Closer to the station is the serene Rokuzan Art Museum (碌山美術館; Tues–Sun 9am–5pm; ¥500), comprising an ivy-covered, church-like building and a couple of modern galleries. The museum houses the sculptures of Ogiwara Rokuzan, known in Japan as the “Rodin of the Orient”, whose career was cut short with his death at 32 in 1910.

The best way to explore this tranquil area is to pick up a map from the tourist information office at the station and rent a bicycle from one of the many outlets around here. Keep an eye open along the country roads for the charming dōsojin, small stones on which guardian deity couples have been carved.

Born in Derbyshire, England, in 1861, the missionary Walter Weston was 29 years old when he first set foot in the mountains of Nagano-ken. The phrase “Japan Alps” was actually coined by another Englishman, William Gowland, whose Japan Guide was published in 1888, but it was Weston’s Climbing and Exploring in the Japan Alps, which appeared eight years later, that really put the peaks on the mountaineers’ maps. Previously, these mountains, considered sacred, were only climbed by Shinto and Buddhist priests, but in fast-modernizing Japan alpinism caught on as a sport and Weston became its acknowledged guru. Weston favoured Kamikōchi as a base from which to climb what he called “the grandest mountains in Japan”, and he frequently visited the tiny village from his home in Kōbe. Although he is honoured in Kamikōchi with a monument and a festival in his name on the first Sunday in June (the start of the climbing season), Weston is said to have wept at the prospect of mass tourism ruining his beloved mountains. His ghost can take comfort from the fact that the area’s beauty survives largely intact, despite Kamikōchi’s popularity. 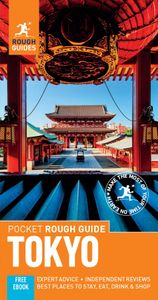