A centre of sandalwood-carving, silk and incense production, Mysore, officially renamed Mysuru in 2014, is one of south India’s more appealing cities. Nearly 160km southwest of Bengaluru Dropdown content, the city is Karnataka Dropdown content’s most popular tourist destination by a long shot, attracting about 2.5 million visitors each year. Nevertheless, it remains a charming, old-fashioned and undaunting town, changed by neither an IT boom nor its new-found status as a top international yoga destination. That said, the erstwhile capital of the Wadiyar rajas can be a little disappointing at first blush: upon stumbling off a bus or train you’re not so much embraced by the scent of jasmine blossoms or gentle wafts of sandalwood as smacked by a cacophony of tooting, careering buses, bullock carts, motorbikes and tongas. Still, give it a few days and Mysore will cast a spell on you.

In addition to its established tourist attractions, chief among them the Mysore Palace, Mysuru is a great city simply to stroll around. The evocative, if dilapidated, pre-Independence buildings lining market areas such as Ashoka Road and Sayaji Rao Road lend an air of faded grandeur to a busy centre that teems with vibrant street life.

The railway station is 1.5km northwest of the centre. For long hauls, the best way to travel is by train, usually with a change at Bengaluru; the fastest service is the a/c Shatabdi Express #2008, which continues to Chennai Dropdown content. The Hampi Express #16592 goes daily via Bengaluru to Hosapete. There are 2–5 daily express services to Hassan, of which the Talguppa Intercity Express #16206 is the fastest.

Mysuru has three bus stands: major long-distance KSRTC and other state services pull in to Central, near the heart of the city, where there are advance booking counters. The Private stand is about 1km northwest of here and a host of agents there can make bookings for private buses to many destinations. Local buses, including services for Chamundi Hill and Srirangapatna, stop at the City stand, next to the northwestern corner of Mysore Palace.

Finding a room is only a problem during Dasara and the Christmas/New Year period, when the popular places are booked up weeks in advance and prices predictably soar. Checkout is generally noon.

Mysuru has scores of places to eat, from numerous south Indian “meals” joints dotted around the market to the opulent Lalitha Mahal Palace. To sample the renowned Mysore pak, a sweet, rich crumbly mixture made of ghee and maize flour, queue at Guru Sweet Mart, a small stall at KR Circle that’s considered to be the best sweet shop in town. Another speciality is the soft, fragrant mallige idli, named after the delicate jasmine flower for which the city is known.

Mysuru’s centre is dominated by the walled maharaja’s palace, popularly known as Mysuru Palace, a fairytale spectacle topped with a shining brass-plated dome. It’s especially magnificent on Sunday nights and during festivals, when it is illuminated by nearly 100,000 lightbulbs. The palace was completed in 1912 for the 24th Wadiyar raja, on the site of the old wooden palace that had been destroyed by fire in 1897. In 1998, after a lengthy judicial tussle, the courts decided in favour of formally placing the main palace in the hands of the Karnataka state government but the royal family, who still hold a claim, have lodged an appeal, which is ongoing. Twelve temples surround the palace, some of them of much earlier origin.

Built in 1861, the three-storey Jaganmohan Palace was used as a royal residence until 1915, when it was turned into a picture gallery and museum, the Jayachamarajendra Art Gallery, by Maharaja Krishnaraja Wadiyar IV. Most of the “contemporary” art in the collection dates from the 1930s, when a revival of Indian painting was spearheaded by E.B. Havell and the Tagore brothers, Rabindranath and Gaganendranath, in Bengal.

Occupying a two-storey building that was once home to the Duke of Wellington, the Government Museum is devoted to anthropology on the ground floor, with photos, artifacts and jewellery of various tribal groups, mainly from the Himalaya and northeastern India. Upstairs there is a collection of statues and a modest selection of modern art. The grounds are strewn with large terracotta sculptures.

Officially named Sri Chamarajendra Zoological Gardens, Mysuru Zoo is one of the oldest and best in India. Established as far back as 1882, it was opened to the public in 1902 and has grown to encompass 245 beautifully landscaped acres, with spacious compounds for most of the animals that live here. The zoo boasts all the usual big mammals, including leopards and tigers, and there are also many species of bird and reptile to be admired, though some of their cages do not make viewing the animals easy. The zoo even has a very cheap canteen and an admirable policy of charging a deposit on water bottles, which can be claimed back at the exit. As always, it pays to visit early morning or late afternoon when the animals are most active.

Chamundi Hill, 12km southeast of the city, is topped with a temple to the chosen deity of the Mysore rajas – the goddess Chamundi, or Durga, who slew the demon buffalo Mahishasura. It’s a pleasant, easy bus trip to the top; the walk down takes about thirty minutes. Take drinking water, especially in the middle of the day – the walk isn’t very demanding, but by the end of it, after more than a thousand steps, your legs are likely to be a bit wobbly.

Inside the twelfth-century temple, which is open to non-Hindus, is a solid gold Chamundi figure. Outside, in the courtyard, stands a fearsome, if gaily coloured, statue of Mahishasura. Overlooking the path down the hill, the magnificent 5m Nandi, carved from a single piece of black granite in 1659, is an object of worship himself, adorned with bells and garlands. Minor shrines, dedicated to Chamundi and the monkey god Hanuman, among others, line the side of the path; at the bottom, a little shrine to Ganesh lies near a chai shop. From here you can pick up an auto-rickshaw or bus back into the city, but at weekends the latter are often full. If you walk on towards the city, passing a temple on the left with a big water tank (the site of the floating festival during Dasara), you’ll reach the main road between the Lalitha Mahal Palace and the centre; there’s a bus stop, and often auto-rickshaws, at the junction.

We have just completed a four week trip to India. We are used to travelling independently and this was the first time we have had a driver and guides. The ... 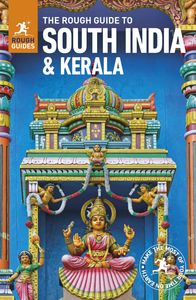