A forty-minute drive from Borgarnes Dropdown content, about 40km east off the Ringroad down Route 50 and then Route 518, the tiny hamlet of Reykholt is the cultural highlight of any trip up the west coast. Not only does it sit among the wide open spaces of the fertile Reykholtsdalur valley, enjoying stunning views of dusky mountains and the sleepy Reykjadalsá river, but it also contains tangible memorials to Snorri Sturluson. The excellent museum here is far and away the best place to get to grips with Iceland’s rich, and at times downright confusing, history of saga events, characters and writing.

While in the Reykholt area, it’s well worth checking out the biggest hot spring in Europe, Deildartunguhver, which lies near the hamlet of Kleppjárnsreykir, 5km west of Reykholt on the side of Route 50. Drawing on the geothermal reserves that lie all around Reykholtsdalur valley, and pumping out a staggering 180 litres of 97°C water a second, the billowing clouds of steam created by this mighty fissure are truly impressive, reaching up high into the cool air – in fact it’s water from here that runs via two specially constructed pipelines to heat Borgarnes and Akranes, 34km and 64km away, respectively. As in so many other geothermal areas around Iceland, water from the spring is also used to speed up the growth of plants and vegetables by heating up the surrounding greenhouses, and during the summer local farmers often set up stalls here to sell their produce to passing visitors. From the car park, a footpath leads to the spring.

Born at the farm of Hvammur near Búðardalur in 1179, Snorri Sturluson was descended from some of the greatest figures in early Icelandic history; on his father’s side were influential chieftains, on his mother’s, among others, the warrior poet Egill Skallagrímsson. At the age of 2 he was fostered and taken to one of Iceland’s leading cultural centres, Oddi (see Sæmundur and the seal), where, over the years, he became acquainted not only with historical writing but also the court of Norway – a relationship that would eventually lead to his death. In 1206, following his marriage to a wealthy heiress, he moved to Reykholt and consolidated his grip on power by becoming a chieftain, legislator and respected historian and writer; he also developed a distinct taste for promiscuity, fathering three children to women other than his long-suffering first wife, Herdís.

Snorri Sturluson is the most celebrated figure in Icelandic literature, producing first his Edda (an account of Norse mythology) then Egill’s Saga and Heimskringla (a history of the Norwegian kings up to 1177), which from its geographical detail shows that Snorri spent several years living in Norway. During this period he developed a close bond of allegiance to the Norwegian earl who reigned alongside the teenage king, Hákon. However, following a civil war in Norway, which resulted in the earl’s death, the Norwegian king declared Snorri a traitor and ordered one of his followers, Gissur Þorvaldsson, to bring the writer back to Norway – dead or alive. On the dark night of September 23, 1241, seventy armed men led by Gissur burst into Snorri’s farmhouse in Reykholt sending him fleeing from his bed unarmed and defenceless, down into the cellar. Five of the thugs pursued Snorri, and there they hacked Iceland’s most distinguished man of letters to death.

We used the service for all of the planning and arrangements for a two week trip to Iceland. It was a self-drive trip. Through its local representative, h ...

The Rough Guide to Iceland 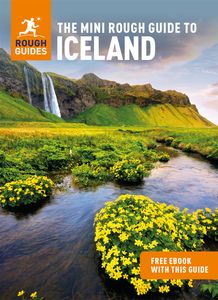