A guide to culture and heritage: Kanazawa City

As the capital of Ishikawa Prefecture, Kanazawa is one of the most important urban centres in the region. Its long, successful and stable history has endowed the city with a stellar collection of cultural sights. Come to Kanazawa City and you’ll find a bastion of culture and heritage, with Edo Era districts to explore, fresh seafood to sample and the flower-strewn garden of Kenrokuen to amble.

Watch this short video before reading on to find out more about Kanazawa City's cultural heritage:

Why is Kanazawa City the best destination for cultural experience

Kanazawa has a long and storied history that dates back to the city’s creation in 1583. Ruled for centuries by the mighty Maeda Clan, the city and its overlords both prospered during the Edo Era. Developing into an important centre early on – along with the fact that Kanazawa escaped widespread damage during World War II – has left the city with a wealth of historical and cultural sights that survive to this day. These range from fantastic museums and galleries to restored samurai houses, hands-on folk-art experiences, bustling markets and tantalizing seafood.

What’s more, Kanazawa City is far more compact and accessible than the likes of Tokyo or Kyoto, making a trip here totally stress free. For a rich cultural experience without the bright lights and clamour of the capital, Kanazawa City is tough to beat.

Take a walk in Kenrokuen Garden

Kenrokuen Garden is the jewel in Kanazawa’s crown. One of Japan’s Three Great Gardens, Kenrokuen Garden was initially laid out in the 1670s as the outer garden of Kanazawa Castle. It was adapted and developed over the next two centuries, before finally being opened to an enchanted public in 1874. Channeling the principles of Chinese garden-design theory, Kenrokuen Garden is a lesson in balance and harmony. As you wander through the garden, it feels like there’s a pleasant surprise around every corner: carefully curated features include pretty tearooms, shapely standing stones and half-hidden viewpoints. The garden was designed to dazzle in every season, so whether you come in spring for the cherry blossom or autumn for the blazing leaf displays, there’s plenty to delight.

There aren’t many cities in Japan that are as well preserved as Kanazawa. Having been spared the bombs and destruction of World War II, over the years Kanazawa City has been lucky enough to avoid any major earthquakes or natural disasters, too. Surviving man and nature’s whims has enabled Kanazawa to develop and flourish unhindered over the course of several centuries, and many of the city’s atmospheric Edo Era districts have survived pretty much intact.

Start your on-foot exploration in Nagamachi District, just beyond Kanazawa Castle. Lining two canals are a series of neatly preserved samurai residences; note their characteristic earthen walls and private entrances. The Higashi Chaya District is another must-see, where the old geisha houses take centre stage. These low, wood-panelled buildings speak of a bygone age. Close your eyes and you’ll be transported back in time by the twangs of traditional Japanese music that still flows from their windows. Many of the geisha houses have since been transformed into cafés and restaurants, so you can end your day with a warming brew or a hearty meal.

Another attraction in Kanazawa City with a long history is Omicho Market, where sellers have flogged their wares since the Edo Era. Given Kanazawa lies on the Sea of Japan, it’s no surprise that the main offering here is fresh fish and seafood. While most of the 170 stalls are stacked with the likes of crab, yellowtail and shrimp, there’s also a good selection of local vegetables and even flowers; you’ll also find clothing and household items with a bit of effort. Select some goodies for a picnic or, better still, settle down in one of the market’s fine restaurants and taste the seafood at its freshest.

Step back in time in a samurai residence

If you’re keen to learn more about Kanazawa’s samurai history, it’s time to visit a restored samurai residence. These cultural gems are located – naturally – in Nagamachi District, where members of the military caste and their families lived for generations.

A look around the Nomura Samurai Family Residence comes highly recommended. The house belonged to one of Kanazawa’s most influential samurais, Nomura Denbei Nobusada, who came to the area with the founder of the Kaga domain himself, Maeda Toshiie, in 1583. The faithful family continued to hold high positions in the Maeda court for eleven generations. Once you’ve finished exploring the house, don’t miss the exquisite Japanese garden, with its meandering stream and charming lanterns. Another atmospheric samurai residence is the Takada Family House, which gives good insight into how middle-rank samurais lived. It is also open to the public and possesses yet another fine Japanese garden.

Swot up at Kanazawa City’s museums and galleries

Kanazawa City is awash with fabulous museums. Fans of modern art should check out the respected 21st Century Museum of Contemporary Art, Kanazawa while the Ishikawa Prefectural Museum of Art has a more traditional collection, displaying everything from ancient Japanese paintings to evocative sculpture and local folk crafts. The D.T. Suzuki Museum, meanwhile, explores the man who introduced Zen Buddhism to the West. And if you’re looking for something a little bit different, make for Kanazawa Phonograph Museum, with its quirky assortment of old phonographs and historic radios.

Get hands-on with Kanazawa’s folk crafts

One of Kanazawa’s most captivating cultural assets is its folk crafts. The city has played host to a thriving creative community since the Edo Era; today, artisans still practice the traditional methods honed over several centuries by their ancestors. Kanazawa was endorsed as a City of Crafts and Folk Art in 2009, and is registered in the UNESCO Creative Cities Network as a ‘City of Handicrafts’. Whether it’s preparing Yasue gold leaf or creating Kutani porcelain, making colourful washi umbrellas or hand-crafting Ohi-ware teacups, Kanazawa’s artisans, artists, potters, toy-makers, embroiderers and other creators are kept busy.

One of the best ways to get to grips with Kanazawa’s folk crafts is by having a go yourself. At the Kaga Yuzen Kimono Center, you can try your hand at dyeing fabrics the traditional way, while the Ishikawa Local Products Center offers the chance to decorate your own Kaga Hachiman Okiagari – an iconic toy doll crafted in the area.

You can visit Kanazawa City by train, plane or bus. The Shinkansen (bullet trains) and Express Trains depart from Tokyo, Osaka, Kyoto and Nagoya stations and all take less than 2hr30min to reach Kanazawa Station. You can also fly in from Tokyo (1hr) and then take a local bus into the city centre, or for those on a tighter budget you can take the bus from Tokyo, Kyoto and Osaka (5–8hr).

Getting around Kanazawa City

It’s easy enough to explore Kanazawa City by foot with many top sights concentrated within 2km of each other. Hiring a bike is another active way to get around, with multiple docking stations dotted around the city. Alternatively, hop on board the tourist-friendly Kanazawa Loop Bus or Kanazawa Light-Up Bus which runs in the evenings.

In short, the best time to visit Kanazawa City is year-round! Kanazawa boasts a temperate climate but the Spring and Autumn months are the most popular time to visit, thanks to the colourful nature that blossoms and blooms, highlighting the natural beauty of the area.

Kanazawa City has a rich culture and history stretching from its inception in 1583 through to the present day. The centuries have left behind well-preserved historic buildings, stonking folk-craft traditions and tales of old retold today in the city’s terrific museums. It’s all here and on show in Kanazawa. 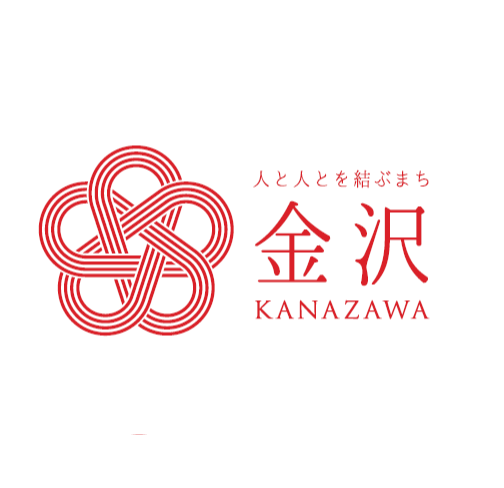