The best beaches in Africa

From Kenya's white sands to South Africa's penguin beach, chosen from a selection of our Africa guidebooks, these are some of the best beaches in Africa.

Some 75km west of Port Elizabeth, Jeffrey’s Bay (known locally as J Bay) is jammed during the holiday seasons, when thousands of visitors throng the beaches, surfing shops and fast-food outlets. For surfing aficionados, however, this is a trifling detail; J Bay is said by some to be one of the world’s top three surfing spots. If you’ve come to surf, head for the break at Super Tubes, east of the main bathing beach, which produces an impressive and consistent swirling tube of whitewater, attracting surfers from all over the world throughout the year. Riding inside the vortex of a wave is considered the ultimate experience by surf buffs, but should only be attempted if you’re an expert.

To make sure you're one of very few people a beach in the Seychelles, head to Anse Georgette. This secluded stretch of sand is only accessible by water taxi or through the one resort nearby. The bright white sand leads into a turquoise ocean – hire a snorkel to explore the underwater colours.

Popular among budget travellers having a bit of a splurge, Tiwi rates as genuine tropical paradise material and attracts lots of families down from Nairobi. The reef lies just offshore, and there are good snorkelling opportunities at high tide, especially at the northern end.

The beach at Sidi Moussa D’Aglou (Aglou Plage) is 17km from Tiznit, along a barren, scrub-lined road. It’s an isolated expanse of sand with body-breaking Atlantic surf. It has a dangerous undertow, and is watched over in summer by military police coastguards, who only allow swimming if conditions are safe. Surfing can be good but you have to pick the right spots. Quite a few Moroccans (including migrant workers from France) come down in summer, with a trickle of Europeans in winter. Between times, the place is very quiet. There are a couple of marabout tombs on the beach and, about 1.5km to the north, a tiny (and rather pretty) troglodyte fishing village, with a hundred or so primitive cave huts dug into the rocks.

The traditional, palm-thatched fishing village of Matemwe, on the northeastern coast of Zanzibar, has a large, palm-fringed beach lined with a few quiet resorts. Just off shore is the Mnemba Atoll, home to some of the best scuba diving in East Africa. Sadly, the bucolic charm of the village and beach might not last much longer, as the walled enclosures of the larger resorts are beginning to intrude.

It might have tempting little coves and clear, cool water, but the main reason to visit Boulders Beach is to see its growing colony of endangered African penguins. The penguins rule the roost here – you’ll be sharing the waves and the sand with them – but to get really close, follow the undulating boardwalk that leads to the penguin colony itself, a noisy, flapping mass of black and white.

The coast itself consists of a series of bays and white-sanded beaches edged with smoothly sculpted bleached rocks; inland, the Twelve Apostles, a series of rocky buttresses, gaze down onto the surf. The beaches are ideal for sunbathing, or sunset picnics – it’s from this side of the peninsula that you can watch the sun sink into the ocean, creating fiery reflections on the sea and mountains behind as it slips away. Making the most of the views, and beautiful people-watching, are some of the city’s trendiest outdoor cafés and bars.

Lamu is something of a myth factory. Conventionally labelled an “Arab trading town”, it is actually one of the last viable remnants of the Swahili civilization that was the dominant cultural force along the coast until the arrival of the British. In the 1960s, Lamu’s unique blend of beaches, gentle Islamic ambience, funky old town and a host population well used to strangers was a recipe which took over where Marrakesh left off, and it acquired a reputation as Kenya’s Kathmandu; the end of the African hippie trail and a stopover on the way to India. Shaggy foreigners were only allowed to visit on condition they stayed in lodgings and didn’t camp on the beach.

Initially Port St John is quite confusing – it meanders into three distinct localities, some kilometres apart. First Beach, where the river meets the sea, is along the main road from the post office and offers good fishing, but is unsafe for swimming. Close to First Beach is the rather run-down town centre, where you’ll find shops and minibus taxis. Second Beach, 5km west along a tarred road off a right turn past the post office, is a fabulous swimming beach with a lagoon; it has a couple of nice places to stay close by. The area along the river around the Pondoland Bridge has some accommodation popular with anglers. Port St Johns also has good fishing and swimming beaches, a wider choice of accommodation than anywhere else on the Wild Coast, and a good tarred road all the way into town.

Famed for the variety of seashells washed up on its beach, the flyblown town of Ras Sudr (or Ras Sidr) is marred by a reeking oil refinery that doesn’t seem to bother the middle-class Cairenes who frequent its holiday resorts. This part of the coast is so windy it is often overlooked by travellers who seek the calmer reef-fringed shores of Sharm el-Sheikh, although the year-round cross-shore gusts make it a haven for kiteboarders and windsurfers.

When planning a trip to Egypt, don't forget to check out our detailed list of the best things to do in Egypt.

From skydiving to windsurfing, shopping, drinking and dining – you can do it all on this beach. It's pretty crowded with boats so swimming is near impossible, but it's great for those with a penchant for watersports or anyone looking for a hedonistic beach break.

Diani Beach ought to fulfil most dreams about the archetypal palm-fringed beach. The sand is soft and brilliantly white; the sea is turquoise and usually crystal-clear; the reef is a safe thirty-minute swim or a ten-minute boat ride away; and, arching overhead, the coconut palms create pools of cool shade and keep up a perpetual slow sway as the breeze rustles through their fronds.

Sea turtles from as far afield as Malindi in Kenya (3500km to the north) and Cape Agulhas (2000km west along the South African coastline) come ashore on the beaches of the northern Elephant Coast every year between October and February to lay their eggs. The turtles have survived virtually unchanged for almost a hundred million years and it’s reckoned that loggerhead turtles have been using Maputaland’s beaches to lay their eggs for 60,000 years. The whole of the northern Elephant Coast is excellent for spotting loggerhead and leatherback turtles, with Rocktail Bay probably the best spot of all. As the turtles are easily disturbed, only a few licensed operators are allowed to escort visitors to watch the turtles at night.

Dar’s nicest beaches, and making do without the breakwaters that have scarred Jambiani and Kunduchi to the north, are Mikadi and Mjimwema, just a few kilometres south of the city. Somehow, so far, both of them have eluded a tidal wave of development, and offer quite a meditative experience: perfect if you’re after a bit of peace and quiet.

The string of coves at São Francisco, about 13km northeast of Praia, is worth the effort required to get there. The first you reach on the track is the biggest, dotted with palms and a couple of villas built further back, but the furthest to the south is the best, with steps for the arthritic ex- President Pereira to climb down for his swims. There’s clean sand and good waves, though take food and drink, as there’s nothing at the beach. 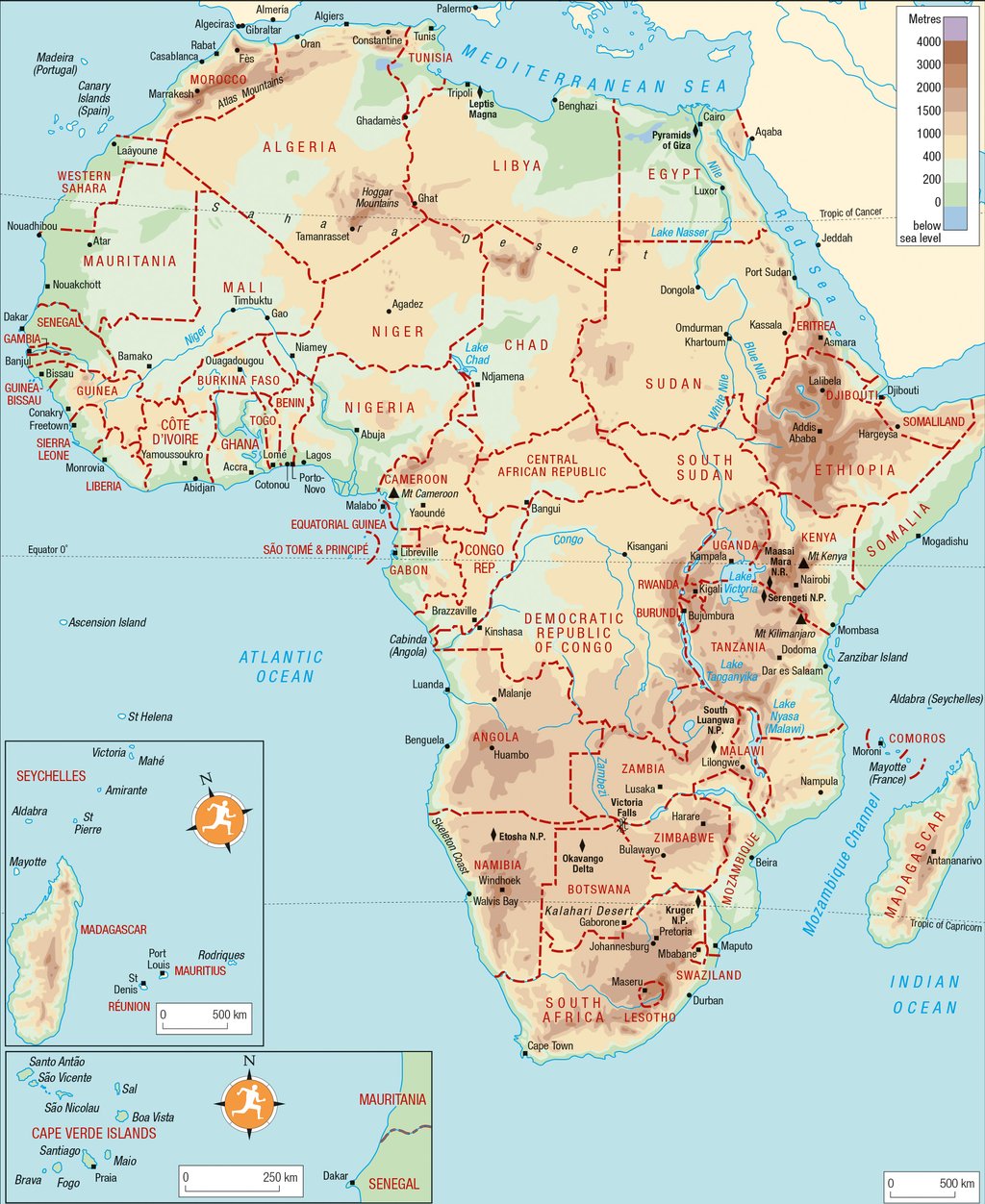 The beach at Varela is stunning, arguably outdoing Cap Skiring across the Senegalese border, with gorgeous swimming, pine trees and low cliffs. As a place to come for the weekend, it’s a favourite with affluent locals and Guinea-Bissau’s small expat community. Despite this, it’s relatively quiet, thanks to the extremely rough road from São Domingos.

Southeast of El Haouaria at the very beginning of Cap Bon's east coast, hides this area's most beautiful and least-known beach, Ras ed Drak – known as El Haouaria Plage these days. The white sands are sheltered here and given an extra dimension by the mountain's craggy shoulder.

The island has a captivatingly desolate interior, and a necklace of spectacular white beaches all around, most of them entirely free of development (and, for that matter, of shade-giving trees). The one at Santa Monica is particularly long and beautiful. It’s a great island to explore in a rented 4x4, with a clear enough route right round the island: aluguers tend to be very scarce.

The sands here are undeniably pretty – spectacular, even, along the more deserted stretches – and the sea is warm and safe, with a cool breeze during the day. Bronzing and bathing are the main activities, though you can also rent jet skis and sailboards from the more expensive hotels.

Île de Kassa is the site of the sandy, palm-fringed Soro beach, the largest on the islands, though its popularity means that it gets crowded on Sundays in the dry season – beware of thieves scouring the beach. Spending a few days on eight-kilometre-long Kassa gives you the opportunity to explore the secluded beaches along the west shore, and the settlements that dot its lovely forests. It only takes an hour or so to walk to Kassa village from Soro beach and you’re likely to see monkeys and birds along the way.

If white sand, clear waters and a turquoise horizon is what you're after then Sakalava Bay in Madagascar ticks all the boxes. This stunning beach is great for windsurfing and sunbathing, and if you're lucky you could be sharing the sands with lemurs and turtles.

Go tailor-made!
Ready to travel and discover South Africa?
Get support from our local experts for
stress-free planning & worry-free travels