20 of the best family travel destinations

A dip in the ecological lake at Combloux, with Mont Blanc in sight, is about as far away from school swimming lessons as you can get. No whiff of chlorine here – aquatic plants keep the water crystal clear and pure, and the natural temperature can reach 26°C. After a hike through alpine pastures and mountain forests, nothing could be better.

Challenge your little ones to perfect their den-making skills in the New Forest (but reserve a campsite pitch or bijou B&B as back-up). England’s smallest national park has something for everyone, with 3000 resident ponies, a deer sanctuary and countless walking and cycling, not to mention horse-riding, tracks – plus welcoming pubs a-plenty and the dubious delights of Peppa Pig World close by.

Barcelona has it all, and much of it can be soaked up for free: wandering through the Gothic Quarter, lazing around the city beaches, marvelling at modernist architecture and practising for that imminent GCSE Spanish at La Boqueria food market. All this means you might have saved enough Euros for a family ticket to Camp Nou (for the stadium and museum tour at least, if not an actual game).

Rock up at a summer festival before your baby can crawl (read, get into mischief) or eat solids (turn their nose up at the festival menu), and you’re laughing. That said, each year sees more family-friendly festivals added to the calendar, with everything from puppet shows to hula hooping to keep kids entertained, and many don’t charge for under-twelves. A small festival in beautiful surroundings, like Doune the Rabbit Hole in Stirling, is just the ticket.

Take to the Wild Atlantic Way (on four wheels or two, or secure the roof rack and use both) and experience the drama of Ireland’s west coast. The surfers, if not the Fairy Bridge, at Bundoran will leave the kids awestruck, while the rugged north Donegal coast and Achill Island’s Blue Flag beaches will win over the whole family.

Escaping the winter gloom doesn’t have to mean following the crowds. A minuscule Canary Island, Isla de la Graciosa is a short boat ride from Lanzarote, but feels much further away. No cars clog up the sandy tracks here, there are only a handful of shops and restaurants around the main harbour, Caleto del Sebo, and the landscape beyond is stark and striking, a reminder of the islands’ volcanic origins, and ripe for exploration on foot or mountain bike.

City breaks can be exhausting at the best of times, but with kids in tow it’s guaranteed – unless you pick a super-kid-friendly city and adjust your pace, that is. Try Berlin. Rent an apartment in Prenzlauer Berg and enjoy rifling through the Mauerpark flea market, strolls across Kollwitzplatz, cycling along the river Spree and hanging out in cafés like Goodies which go out of their way to welcome families – no disapproving looks or lack of high chairs here.

The many steps down to breathtaking Rhossili Bay make take little legs a while, but the descent is worth it: a three-mile mile curve of golden sand, blessed with the fabled Gower microclimate and a destination for surfers, sandcastle-makers and sun-worshippers alike. If you can bag a stay at the National Trust’s Old Rectory right in the middle of the bay, you could be lucky enough to be waking up to this sensational view.

Most treks around Chiang Mai will be more than suitable for older kids or teenagers. Memories of the adrenaline rush of a bamboo raft trip through (relatively gentle) river rapids, with monkeys calling in the lush forest on either side, are sure to stick with them for years to come. Travel in the cool season and your trip may coincide with January’s National Children’s Day.

Camping is deservedly popular in Croatia, especially on the coast, but head inland and you won’t feel like quite such a sardine. Pitch up in Krka National Park and get close to the torrents of the River Krka, as it cascades towards the Adriatic Sea, and closer still to all sorts of butterflies, beasts and birds.

Lyme Regis is perfect bucket and spade holiday territory but it's also got rainy days covered. What Dinoursaurland Fossil Museum lacks in state-of-the-art interactive displays, it makes up for in the enthusiasm of its palaeontologist founder and the ever-growing collection, including many sea-dwelling ichthyosaurs, whose fossilised remains are a famous feature of this stretch of the Jurassic coast.

Jurassic Coast of Lyme Regis and Lyme Bay with the Dorset coast including the Golden Cap on the background. West Dorset, England © Serg Zastavkin/Shutterstock

Not such an obvious Algarve base, but stay in bustling Olhão and you have the choice of two unspoilt islands on which to while away your days. The glorious beaches of sandbank islands Armona and Culatra being a short boat ride away only adds to the sense of anticipation and discovery – and the further along the coastlines you wander, the more deserted they become.

Make green-living Burlington your base for exploring Vermont. Scoot, Segway or cycle round Lake Champlain, take a cruise – little ones can look out for Champy, the Loch Ness monster equivalent – or simply relax on one of the lakeside swing seats. The nearby Shelburne Museum could keep families entertained for days, with an impressive collection ranging from a 4000-piece model circus to the steamboat Ticonderoga. Round off your trip on a sweet note at the local Ben & Jerry's factory.

Slow down in rural Normandy, enjoying the picture-perfect forests, orchards and meadows, and filling your picnic basket with delicious local apples, cheese and perhaps a sneaky flask of cider for the grown-ups. One way to work up an appetite is aboard the vélorail, riding a special four-person contraption along a disused railway line from Pont-Erambourg, south of Caen. Kids will relish the novel form of transport, and the fact that they sit back while parents pedal!

A fun boat-taxi ride from riverside Dalyan, İztuzu beach is famous for its nesting loggerhead turtles – tread carefully (between May and October) and deliver a real-life lesson in the challenges of balancing ecology with tourism. On a less serious note, Dalyan is also handy for some pampering or mess-making – whichever way you look at it, a visit to the sulphur mud baths is a must.

Let the kids be your guides on one of several trails around the rolling expanse of Algonquin Provincial Park in Ontario. Younger children will love looking out for the blue arrows marking the way, not to mention chipmunks and beavers; intrepid teenagers might be more tempted to explore by kayak, reaching parts of the park otherwise inaccessible.

Create your own Canterbury Tales with a holiday in Kent – with England’s oldest cathedral and a Norman castle, not to mention a UNESCO World Heritage Site, Canterbury is a firm family favourite. And with the history lessons ticked off you can head to Herne Bay for fish ‘n’ chips, or to Diggerland, for construction-machinery-based fun, with a clear conscience.

Blue sky on the beach of Tankerton near Whitstable in Kent, UK

Experience the famously warm welcome Italians grant to bambini in the breathtaking surroundings of Lake Iseo, less overwhelmed by visitors than its neighbours Como and Garda. You can explore the shore by road or (on the eastern shore) rail, or hop on and off the regular ferries. Monte Isola, Europe’s largest lake island, is a unique stop – no cars are allowed here so discover its winding roads on two wheels, cooling off with a plunge or paddle when needs be.

This region of northern Spain may not get the guaranteed sunshine of the Med resorts, but a spot of rain grants it a lushness – and a name, the Costa Verde – that the south lacks. On a sunny day, beaches like Torimbia can’t be beaten, and, should shelter be required, there are appealing harbour towns like Ribadesella and the astounding prehistoric caves near Puente Viesgo to explore.

If bracing family walks are your thing, try stretching your legs in northwest Slovenia. Surrounded by the majestic Julian Alps, Lake Bohinj has an otherworldly calm. Walking trails lead you round the 4km lake circumference or on various routes up into the mountains, where your efforts are rewarded with magnificent views. Alternatively, you can opt to canoe across the tranquil water instead. 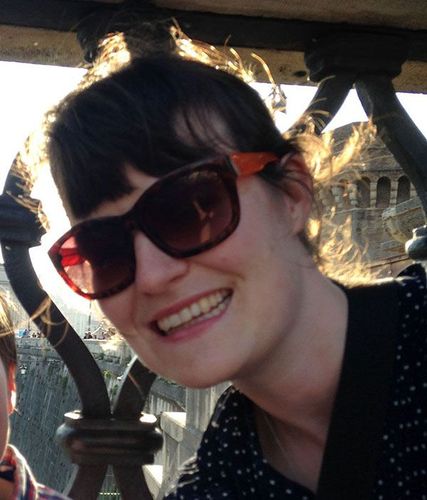