Europeans love a carnival like nothing else; it’s a time to dress up, drink up and get legitimately weird on the streets. Many carnivals take place during Mardi Gras, when Roman Catholics traditionally feast and sing for the last time before Lent’s abstinence begins.

Also known as Shrove Tuesday, Mardi Gras might for some be more associated with pancakes than partying, but its origins remain primarily the same: to indulge before the fallow times kick in. Here’s our guide to Europe’s strangest, and most fun, carnivals.

Recognized in 2008 by UNESCO as a “Masterpiece of the Oral and Intangible Heritage of Humanity”, the highlight of Binche’s carnival is the 1000-strong march of the Gilles. Starting at 4am, males from the Hainaut province town – donning elaborate outfits and nightmarish wax masks – march the streets until dusk.

A word of warning: it’s considered a colossal faux pas to throw back the oranges that the Gilles toss into the watching crowds.

Planning your visit to Carnaval de Binche also read our guide to the best things to do in Belgium.

Many establishments stay open 24 hours during Basel’s Fasnacht, lending proceedings an infamously wobbly atmosphere. Masks are common but should only be donned by members of the performing Cliques – groups that march through the streets playing piccolos, drums and other instruments.

The carnival's highlight is the Morgenstreich: as Basel turns its streetlights off at 4am, the Cliques strike up a tune and process through the town in total darkness.

Up Helly Aa – Europe’s biggest fire festival – is a celebration of Scotland’s Norse heritage. Timed to celebrate the passing of midwinter’s gloomiest days (a sentiment not be sniffed at in the Shetland Islands), the centrepiece is a replica Viking ship that is pulled through Lerwick’s streets by the island’s sturdiest menfolk.

Eventually the ship is set alight, and the whole town erupts for an all-night ceilidh, fuelled by peaty whisky and embellished with fancy dress.

Dating back to 1676, Dunkirk’s carnival started life as a final soirée for the town’s fishermen before they left for six months of perilous sailing around Iceland.

Surreal highlights include the entire fancy-dressed carnival joining hands to sing the anthem Cantate à Jean Bart – in honour of the town’s naval hero, Jean Bart – and the mayor dropping 500kg of herring onto the gathering crowds outside the town hall.

For one week each year, Sitges – a small village 40km south of Barcelona – becomes the heart of Europe's LGBT+ scene. Around 250,000 revellers descend for seven days of parades, parties and a dazzling abundance of sequins.

After seven long nights, tired partygoers are glad to welcome in the concluding parade, the entierro de la sardina (day of the sardine), in which a large effigy of the fish is paraded through the town and cremated.

Valencia might have La Tomatina, but Ivrea in Piedmonte is the scene for battle with a much hardier fruit: the mighty orange. The festival’s roots lie in a Middle Ages fable. When a feudal king tried to bed a young woman the night before her wedding, her betrothed took exception and decapitated the local dignitary.

Thus began a revolt in which the local townspeople stormed the palace – an event that their ancestors celebrate nearly 1000 years later by spilling 500,000 pounds of zingy citrus flesh.

When the average winter night-time temperature drops to -5°C, Lithuanians gather in unearthly costumes in an attempt to beckon in the glory days of spring.

A brilliantly unique tradition stretching back to the 1600s, El Colacho, in Castillo de Murcia, is known as the “baby jumping festival”. The high point of the Corpus Christi celebrations, the event sees parents of newborns leave their dearest on mattresses in the street.

From there, men symbolizing Satan, dressed in reds, yellows and ghoulish masks, leap over the babies in an act that absolves the innocents of the evil that man has committed before them.

The French love their meat and this annual festival celebrates their affection for the mighty swine. Taking place in the southwestern town of Trie-sur-Baïse, La Pourcailhade is perhaps most well-known for Le Championnat de France du Cri de Cochon (literally: French pig-squealing championships) in which contestants are judged on their ability to imitate pigs at various stages of their life.

There’s also piglet racing, black pudding-eating competitions and, of course, all the barbecued pork you could possibly desire.

Hungarian winters can be devastatingly cold, so it's perhaps no surprise that the inhabitants of Mohács do everything they can to ward it off. For six days in February, they take to the streets in cloaks and horned masks for a carnival of parades and dancing that is said to scare the severe weather away.

The main event is the Farsangvasárnap (Carnival Sunday), where hundreds of people in cloaks arrive by rowboat, march through town and embark on a fruit brandy-fuelled party that lasts well into the bitter night. 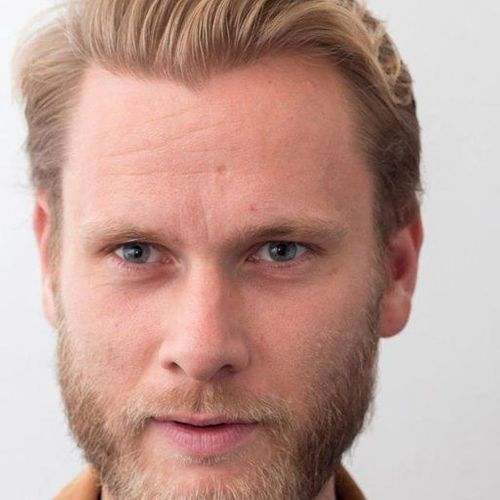