An insider's guide to Chicago

Hitting new records for visitor numbers in 2018 and having recently been named “Best Big City in the USA” by Conde Nast Traveler readers for the second consecutive year, there’s never been a better time to visit Chicago Dropdown content. Many visitors head straight to the downtown district and never leave, charmed by the Windy City’s world-famous architecture and tourist-friendly restaurants and museums. But instead of rushing across the city to frantically tick off all the tourist hotspots, consider immersing yourself in some alternative things to do in Chicago instead. The places suggested here offered by Chicago insider Jay Gentile promise a real taste of the city’s culture by getting out of the downtown and into the neighbourhoods, where the “real” Chicagoans live.

The insider's guide to Chicago

While most visitors are content to stroll along Chicago’s scenic downtown lakefront, a more authentic alternative is the recently opened 606 urban trail that passes through some of Chicago’s coolest neighbourhoods including Bucktown and Humboldt Park. Modeled after New York City’s High Line Dropdown content, the 2.7-mile elevated green walkway sits atop a former railway line and offers panoramic views of the local neighborhoods. The best part? There are plenty of great bars and restaurants to stop at just off the trail, including the bustling summer patio hangout Parson’s Chicken & Fish.

Inspired by our insider's guide to Chicago? Try our new tailor-made travel service Dropdown content and enjoy a fully personalised trip planned by a local expert.

Chicago is a festival-lovers paradise, hosting an array of big-name summer festivals, from Lollapalooza to the Chicago Blues Festival. But during the summer months, a simple stroll though many of the city’s 77 neighbourhoods will likely result in you discovering the streets blocked off and people wandering around with drinks in their hands as the city puts on a large number of local block party-style street festivals. One of our favourites is Do Division Street Fest in the city’s lively Wicker Park neighbourhood, where you can shop for locally made artisan goods while day-drinking in the sun. Hey, it’s the Chicago way.

Soak up some sun at the beach or park

Chicago’s beaches are some of the most underrated urban beaches in North America, perhaps because they’re only open for about three months a year (from late May to early September). After one of our notoriously long winters, Chicagoans make the most of their summers by soaking up the sun at the city's lakeside beaches – including several that seem to jut right up against the buildings. While technically still downtown, Ohio Street Beach is a less-visited beach tucked away in a picturesque corner of the city offering unobstructed views of the downtown skyscrapers on one side and the leafy picnic-perfect Milton Lee Olive Park on the other. It's hard to find a better summer spot in the city.

Chicago is known as one of the world’s great food cities, with its famous deep-dish pizza getting most of the attention. However, most Chicago insiders favour thin-crust pizza (and reserve the thicker stuff for when their parents come to visit). Instead of tucking into touristy deep-dish slingers downtown, opt for a more locals-friendly thin crust purveyor like the old-school cash-only neighbourhood favourite Vito & Nick’s on the South Side. You would also be remiss not to try a Chicago-style hot dog at erstwhile local drive-in Superdawg or an authentic Italian beef sandwich (thin cuts of seasoned roast beef covered in jus served on a French roll) at the standing-room-only original Al’s Beef on Taylor Street in Little Italy.

Instead of crowding into one of the city’s popular downtown museums, head nine miles south to the Stony Island Arts Bank, an off-the-beaten-path alternative housed inside a beautifully restored former bank building on Chicago’s oft-overlooked South Side. The historic 96-year-old structure was renovated and reopened to the public under a mission to highlight and preserve cultural representations of the black experience in Chicago and around the world. The free gallery/library/cultural center space features rotating art exhibits as well as permanent displays that include a 15,000-item library collection from Ebony and Jet magazine publisher Johnson Publishing Company and a 5,000-item vinyl collection from Chicago house music legend Frankie Knuckles.

Rock out to some live music

Chicago may be world famous for blues music, but its local indie rock and hip-hop scenes are where the real action is for locals these days. The ornate Thalia Hall in Chicago’s hip Pilsen neighbourhood is located inside a historic 1892 building modelled after the Prague Opera House. It hosts top acts inside its concert hall, with its adjacent Michelin-starred restaurant Dusek’s Board & Beer and downstairs bar Punch House offering additional fun. For more riotous punk acts paired with beer and a rooftop patio, try Reggie’s Rock Club located just south of downtown. If you’re feeling particularly adventurous, you can even get a little bit country at the recently reopened late-night honky tonk-style favourite Carol’s Pub.

Party until 5am (you know, like the locals do)

Chicagoans are known for keeping the party running well into the night, thanks to a select assortment of late-night bars that are allowed to stay open past the usual 2am closing time (4am during the week and at 5am Saturdays). One of the best late-night bars in the city is the delightfully dive-y and character-filled Old Town Ale House, decorated with nude paintings of famous American politicians, painted by the bar’s longtime owner from his basement studio. Meanwhile, the legendary Green Mill on Chicago’s North Side (once a favourite hangout of notorious Chicago mobster Al Capone) slings well-crafted cocktails with a side of swanky live jazz music in a more romantic setting that will make you feel like you’re the villain in an old mobster movie. 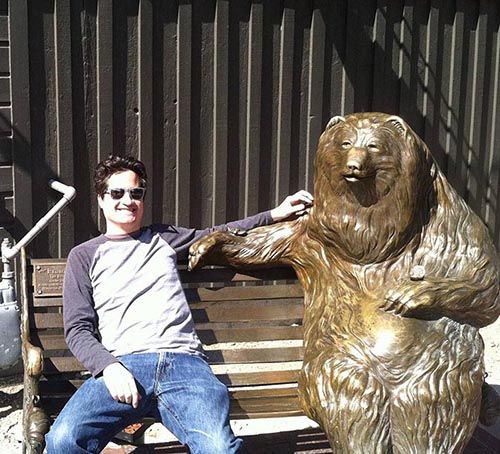