The island can be loosely divided into three areas: Downtown (below 14th St), Midtown (14th St to Central Park/59th St) and Uptown (north of 59th St), though each is made up of neighbourhoods of very individual character. If you are looking for a place to stay in Manhattan, you may find our expert’s guide to the best area's to stay in New York City helpful on deciding where to visit next.

The patchwork below 14th Street is one of the most vibrant, exciting parts of the city. Downtown’s interest actually begins in New York Harbor, which holds the compulsory attractions of the Statue of Liberty and Ellis Island. On land, the southernmost neighbourhood is the Financial District, with Wall Street at its centre. The buildings of the Civic Center transition into the jangling streetlife of Chinatown, which has encroached upon touristy Little Italy. East of here, the one-time immigrant-heavy Lower East Side is a trendy spot full of chic bars and restaurants. Soho and Tribeca are expensive residential and shopping districts. North of Houston Street, the activity picks up even more in the West Village (also known as Greenwich Village) and East Village, two former bohemian enclaves that remain great fun despite ongoing gentrification.

North of the East Village, across 14th Street, busy Union Square is always great for people watching; elegant Gramercy Park, the Flatiron District and emerging NoMad (north of Madison Square Park), base of the new Museum of Mathematics, spread north from there. Their West Side counterparts include Chelsea, home to art galleries, a large gay continent and the popular High Line park; and the tiny Garment District, which doesn’t have much to see. Around 42nd Street along Broadway, the Theater District heralds a cleaned-up, frenetic area of entertainment that culminates at Times Square. East of here lies Midtown East, where much of the business of Manhattan takes place.

Central Park provides a breath of fresh air in the middle of the island; it’s where the city comes to play and escape the crowds. It’s bordered by the distinguished Upper East Side – its “Museum Mile” running along Fifth Avenue from 82nd to 104th streets – and the Upper West Side, home to the high-culture performance spaces of Lincoln Center. North of these neighbourhoods, Harlem, the cultural capital of black America, is experiencing a new renaissance; further north, you’ll find one of the city’s most intriguing museums – the Cloisters and its medieval arts collection.

Completed in 1876, smack in the middle of Manhattan, Central Park extends from 59th to 110th streets, and provides residents (and street-weary visitors) with a much-needed refuge from big-city life. The poet and newspaper editor William Cullen Bryant had the idea for an open public space in 1844 and spent seven years trying to persuade City Hall to carry it out. Eventually, 840 desolate and swampy acres north of the city limits were set aside. The two architects commissioned, Frederick Law Olmsted and Calvert Vaux, planned a complete illusion of the countryside in the heart of Manhattan – which was already growing at a fantastic rate. Even today, the sense of captured nature survives.

It’s easy to get around on foot, along the many paths that crisscross the park. There’s little chance of getting lost, but to know exactly where you are, find the nearest lamppost: the first two figures signify the number of the nearest street. After dark, however, you’d be well advised not to enter on foot.

The Metropolitan Museum of Art

One of the world’s great art museums, the Metropolitan Museum of Art (usually referred to as just “the Met”) juts into Central Park. Its all-embracing collection amounts to more than two million works of art, spanning America and Europe as well as China, Africa, the Far East and the classical and Islamic worlds. You could spend weeks here and not see everything.

If you make just one visit, head for the European Painting galleries. Of the early (fifteenth- and sixteenth-century) Flemish and Dutch paintings, the best are by Jan van Eyck, who is generally credited with having started the tradition of north European realism. The Italian Renaissance is less spectacularly represented, but a worthy selection includes an early Madonna and Child Enthroned with Saints by Raphael and Duccio’s sublime masterpiece Madonna and Child. Don’t miss the Spanish galleries, which include Goya’s widely reproduced portrait of a toddler in a red jumpsuit, Don Manuel Osorio Manrique de Zuniga, and a room of freaky, dazzling canvases by El Greco.

The nineteenth-century galleries house a startling array of Impressionist and post-Impressionist art, showcasing Manet and Monet among others, and the compact twentieth-century collection features Picasso’s portrait of Gertrude Stein and Gauguin’s masterly La Orana Maria, alongside works by Klee, Hopper and Matisse. The Medieval Galleries are no less exhaustive, with displays of sumptuous Byzantine metalwork and jewellery donated by J.P. Morgan, while the Asian Art galleries house plenty of murals, sculptures and textile art from Japan, China, Southeast and Central Asia and Korea. Close to being a museum in its own right, the American Wing is a thorough introduction to the development of fine art in America; the spectacular courtyard reopened in 2009, studded with sculpture from the likes of Daniel Chester French and Augustus Saint-Gaudens. Other highlights include the imposing Temple of Dendur in the Egyptian section, and the Greek and Roman sculpture galleries, magnificently restored less than a decade ago.

The incredibly moving National September 11 Memorial & Museum was dedicated on September 11, 2011 to commemorate the ten-year anniversary of the 9/11 attacks. The two memorial pools, representing the footprints of the original towers, are each around one acre in size, with 30ft waterfalls tumbling down their sides. The names of the 9/11 victims – some women listed with their “unborn children” – are inscribed on bronze parapets surrounding the pools, while the contemplative eight-acre Memorial Plaza is filled with nearly four hundred oak trees. The underground 9/11 Memorial Museum, in between the two pools, should be open sometime in 2014.

September 11 and its aftermath

Completed in 1973, the Twin Towers of the World Trade Center were an integral part of New York’s legendary skyline, and a symbol of the city’s social and economic success. At 8.46am on September 11, 2001, a hijacked airliner slammed into the north tower; seventeen minutes later another hijacked plane struck the south tower. As thousands looked on in horror – in addition to hundreds of millions viewing on TV – the south tower collapsed at 9.50am, its twin at 10.30am. In all, 2995 people perished at the WTC and the simultaneous attack on Washington DC.

In 2003, Polish-born American architect Daniel Libeskind was named the winner of a competition to design the new World Trade Center, though his plans were initially plagued with controversy and he’s had little subsequent involvement with the project. In 2006 a modified design, still incorporating Libeskind’s original 1776ft-high Freedom Tower, was finally accepted and construction is now nearing completion. In addition to One World Trade Center, the September 11 Memorial and the Tribute WTC Center, you can check out St Paul’s Chapel, at Fulton Street and Broadway, dating from 1766; the main attraction inside is “Unwavering Spirit”, a poignant exhibition on 9/11.

From just about anywhere in the seaport you can see the much-loved Brooklyn Bridge, which was the world’s largest suspension bridge when it opened in 1883. The beauty of the bridge itself and the spectacular views of Manhattan it offers make a walk across its wooden planks an essential part of any New York trip; you’ll find the pedestrian walkway at the top of Park Row, opposite City Hall.

The 102-storey Empire State Building stands as perhaps the most evocative and muscular symbol of New York, as it has since it was completed in 1931. An elevator takes you to the main observatory on the 86th floor, which was the summit of the building before the radio and TV mast was added. The views from the outside walkways here are as stunning as you’d expect (you can continue up to the tiny 102nd-floor observatory for an extra $15, but the view is about the same). For the best experience, you should try to time your visit so that you’ll reach the top at sunset; note that during peak times, waits to ascend can be upwards of an hour (buy online, or express, tickets to skip the lines).

Beginning in the Meatpacking District, though running mostly through West Chelsea, the High Line is an ambitious regeneration programme and perhaps the city’s most unique park, slicing through buildings and past factories and apartments on a former elevated rail line. It’s been opened in three stages, the last of which, the High Line at the West Rail Yards, is slated for completion in 2014; all are popular spots for a stroll and a picnic lunch.

The Staten Island ferry (siferry.com) sails from a modern terminal on the east side of Battery Park, built directly above the South Ferry subway station. Departures are frequent, from every 15–20 minutes during weekday rush hours (7–9am and 5–7pm), to every 60 minutes late at night (the ferry runs 24hr). The 25-minute ride is New York’s best bargain: it’s absolutely free, offering wide-angle views of the city and the Statue of Liberty that become more spectacular as you retreat. Most visitors get the next boat straight back to Manhattan, as there’s not much to detain you on Staten Island itself. 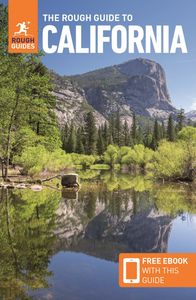