Though MINNESOTA is more than a thousand miles from either coast, it’s virtually a seaboard state, thanks to Lake Superior, connected to the Atlantic via the St Lawrence Seaway. The glaciers that, millions of years ago, flattened all but its southeast corner also gouged out more than fifteen thousand lakes, and major rivers run along the eastern and western borders. Ninety-five percent of the population lives within ten minutes of a body of water, and the very name Minnesota is a Sioux word meaning “land of sky-tinted water”.

French explorers in the sixteenth century encountered prairies to the south and, in the north, dense forests whose abundant waterways were an ideal breeding ground for beavers and muskrats. Admitted to the Union in 1858, the new state of Minnesota was at first settled by Germans and Scandinavians, who farmed in the west and south. Other ethnic groups followed, many drawn by the massive iron ore deposits of north central Minnesota, which are expected to hold out for two more centuries.

More than half of all Minnesotans live in the southeast, around the Twin Cities of Minneapolis and St Paul. Together these two cities function as the Midwest’s great civic double act for their combined cultural, recreational and business opportunities. Smaller cities include the northern shipping port of Duluth, the gateway to the Scenic Hwy-61 lakeshore drive.

Just beyond Cascade River State Park, the Highway 61 dips into the somnolent little port of GRAND MARAIS, where a walk around the photogenic Circular Harbor will soon cure car-stiff legs. The visitor centre here has lists of outfitters for those heading west into the Boundary Waters Canoe Area Wilderness, a paradise for canoeing, backpacking and fishing. It’s one of the most heavily used wilderness areas in the country; overland trails, or “portages”, link more than a thousand lakes and in winter you can ski and dogsled cross-country.

Commonly known as the Twin Cities, MINNEAPOLIS (a hybrid Sioux/Greek word meaning “water city”) and ST PAUL are competitive yet complementary. Fraternally rather than identically twinned, they may be even better places to live than they are to visit, thanks to their cleanliness, cultural activity, social awareness and relatively low crime rates.

Only a twenty-minute expressway ride separates the respective downtowns, but each has its own character, style and strengths. St Paul, the state capital – originally called Pig’s Eye, after a scurrilous French-Canadian fur trader who sold whiskey at a Mississippi River landing in the 1840s – is the staid, slightly older sibling, careful to preserve its buildings and traditions. The https://www.ro...t-lakes/ohio/compact but stately downtown is built, like Rome, on seven hills: the Capitol and the Cathedral occupy one each, both august monuments that keep the city mindful of its responsibilities.

Minneapolis, founded on money generated by the Mississippi’s hundreds of flour-and sawmills, is livelier, artier and more modern, with up-to-date architecture and an upbeat attitude. The residents are spread over wider ground than in St Paul, and dozens of lakes and parks underscore the city’s appeal. 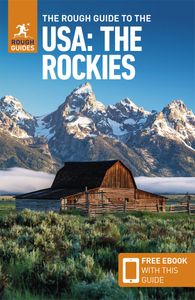