Swathed in the romance of pirates, voodoo and Mardi Gras, Louisiana is undeniably special. Its history is barely on nodding terms with the view that America was the creation of the Pilgrim Fathers; its way of life is proudly set apart. This is the land of the rural, French-speaking Cajuns (descended from the Acadians, eighteenth-century French-Canadian refugees), who live in the prairies and swamps in the southwest of the state, and the Creoles of jazzy, sassy New Orleans. (The term Creole was originally used to define anyone born in the state to French or Spanish colonists – famed in the nineteenth century for their masked balls, patois and distinct culture – as well as native-born, French-speaking slaves, but has since come to define anyone or anything native to Louisiana, and in particular its black population.)

Visitors will find that the state has an enormous amount to offer. Whether you’re canoeing along a cypress-clogged bayou, dining on spicy crawfish in a crumbling Creole cottage, or dancing on a steamy starlit night to the best live music in the world, Louisiana remains unique, a state that will get under your skin and stay there.

When French explorers came upon the site of BATON ROUGE in 1699, they found poles smeared in animal blood to designate the hunting grounds of the Houma and Bayou Goula tribes. The area on these shallow bluffs therefore appeared on French maps as Baton Rouge – “red stick”. Now capital of Louisiana and a key port, Baton Rouge is a relaxed city for its size. Even the presence of the state’s largest universities, LSU and Southern, has done surprisingly little to raise the town anywhere much above “sleepy” status.

Cajun country stretches across southern Louisiana from Houma in the east, via Lafayette, the hub of the region, into Texas. It’s a region best enjoyed away from the larger towns, by visiting the many old-style hamlets that, despite modernization, can still be found cut off from civilization in soupy bayous, coastal marshes and inland swamps.

Cajuns are descended from the French colonists of Acadia, part of Nova Scotia, which was taken by the British in 1713. The Catholic Acadians, who had fished, hunted and farmed for more than a century, refused to renounce their faith and swear allegiance to the English king, and in 1755 the British expelled them all, separating families and burning towns. About 2500 ended up in French Louisiana, where they were given land to set up small farming communities, enabling them to rebuild the culture they had left behind. Hunting, farming and trapping, they lived in relative isolation until the 1940s, when major roads were built, immigrants from other states poured in to work in the oil business, and Cajun music, popularized by local musicians such as accordionist Iry Lejeune, came to national attention. Since then, the history of the Cajuns has continued to be one of struggle. The erosion of coastal wetlands threatens the existence of entire communities; the silting up of the Atchafalaya Basin is having adverse effects on fishing and shrimping; and not only are coastal towns in the firing line of devastating hurricanes, including Katrina, that hurtle up from the Gulf of Mexico, but also catastrophic oil spills, such as the BP disaster of 2010. After Roosevelt’s administration decreed that all American children should speak English in schools, French was practically wiped out in Cajun country, and the local patois of the older inhabitants, with its strong African influences, was kept alive primarily by music. Since the 1980s, CODOFIL (the Council for Development of French in Louisiana) has been devoted to preserving the region’s indigenous language and culture, and today you will find many signs, brochures and shopfronts written in French.

Cajun and zydeco fais-do-dos – dances, with live bands, held mostly on weekends – are great fun, and visitors will find plenty of opportunity to dance, whether at a restaurant, a club or one of the region’s many festivals.

Held almost weekly it seems, Cajun festivals provide an enjoyable way to experience the food and music of the region. Note that for the larger events, it’s a good idea to reserve a room in advance. The following is merely a sampler; for full details, check with any tourist office in the area.

It’s easy to “pass a good time” in Cajun country, especially if you’re here at the weekend, when the fais-do-dos are traditionally held, or during any of its many festivals. Cajun music is a jangling, infectious melange of nasal vocals backed by jumping accordion, violin and triangle, fuelled by traces of country, swing, jazz and blues. Zydeco is similar, but sexier, more blues-based, and usually played by black Creole musicians. Though songs are in French, the patois heard in both bears only a passing resemblance to the language spoken in France. Music is never performed without space for dancing; everyone can join in. As well as the popular restaurants Café des Amis and Prejean’s, plus the Blue Moon Guest House, venues include record stores, river landings and the streets themselves. Sadly, old-time zydeco dance halls are dying out, but a few still exist. Check the music listings in the free weekly Times of Acadiana (theadvertiser.com) or Independent (theind.com); log onto zydecoonline.com, or simply look for signs saying “French dance here tonight”.

Swamp tours are available from many landings in the Atchafalaya Basin; you’ll pass numerous signs pinned to the old cypress trees along the roadside. The basin is an eerie place: in some places cars cut right across on the enormous concrete I-10 above, and old houseboats lie abandoned. The best tours take you further out, to the backwoods; wherever you go, you’ll see scores of fishing boats and plenty of wildlife, including sunbathing alligators.

Northern Louisiana is at the heart of the region known as the Ark-La-Tex, where the cottonfields and soft vocal drawl of the Deep South Bible Belt merges with the ranches, oil and country music of Texas and the forested hills of Arkansas. Settled by the Scottish and Irish after the Louisiana Purchase, the area is strongly Baptist, with less of a penchant for fun than southern Louisiana, though it does share its profusion of festivals.

Isolated at the end of the long and lonely Hwy-60, hemmed in by the Tunica foothills and the Mississippi River sixty miles northwest of Baton Rouge, Angola – or “the farm” as it is commonly known – is the most famous maximum-security prison in the United States. Previously a byword for brutality and desperation, in 1995, the facility was transformed with the inauguration of warden Burl Cain into a model prison known for its strong religious slant. Famous inmates have included blues singer Leadbelly, who, as Huddy Ledbetter, served here in the 1930s; today, it holds about five thousand prisoners. Most of the men are lifers, and around a hundred of them are on Death Row. Outside the main gate, the Angola Museum offers a fascinating, if uncomfortable, insight into this complex place. Fading photos and newspapers reveal appalling prison conditions; the prodding sticks and belts used to beat convicts bring it closer to home. Since 1970, Angola has staged a prisoner rodeo every Sunday in October, a gladiatorial spectacle which draws thousands. These are extraordinary affairs, the crowds baying while lifers are flung, gored or trampled in their struggle for glory or just a simple change of scene.

The River Road and plantation country

The fastest roads out from New Orleans toward the west are speedy I-10 and US-61; you can also drive along the River Road, which hugs both banks of the Mississippi all the way to Baton Rouge, seventy miles upriver. It’s not a particularly eventful drive, winding through flat, fertile farmland, but a series of bridges and ferries allows you to crisscross the water, stopping off and touring several restored antebellum plantation homes along the way.

Before the Civil War, these spectacular mansions were the focal points of the vast estates from where wealthy planters – or rather, their slaves – loaded cotton, sugar or indigo onto steamboats berthed virtually at their front doors. The superb Laura plantation excepted, tours, generally led by costumed guides, can skimp on details about the estates as a whole, and in particular their often vast slave populations. The cumulative effect can be overwhelming, so it’s best to pick just one plantation or two.

Though you’d never guess it from the tourist brochures, hulking chemical plants dominate the River Road landscape. There are rural stretches where wide sugar-cane fields are interrupted only by moss-covered shacks – the prettiest views are around the small town of Convent, on the east bank of the – but you’ll more often find yourself driving through straggling communities of boarded-up buildings.

Crossing the river at Lutcher, the settlement a few miles beyond the San Francisco House, brings you to Vacherie and the fascinating Laura plantation. Rather than dwelling lovingly on priceless antiques, the tours here, which draw upon a wealth of historical documents – from slave accounts and photographs to private diaries – sketch a vivid picture of day-to-day plantation life in multicultural Louisiana. 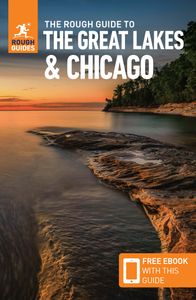