While by no means Turkey’s most spectacular archeological site, Troy – thanks to Homer – is probably the most celebrated. Known as Truva or Troia in Turkish, the remains of the ancient city lie 30km south of Çanakkale, 5km west of the main road. If you show up without expectations and use your imagination, you may well be impressed. An English-speaking guide also helps to bring the ruins alive, but modern excavation work has greatly clarified the site, making it easier for non-specialists to grasp the basic layout and different settlement periods.

Great places to visit in this region of Turkey

Troy was long believed to have existed in legend only. The Troad plain, where the ruins lie, was known to be associated with the Troy that Homer celebrated in the Iliad, but all traces of the city had vanished. Then, in 1871, Heinrich Schliemann, a German/American businessman turned amateur archeologist, obtained permission from the Ottoman government to start digging on a hill called Hisarlık, where earlier excavators had already found the remains of a Classical temple and signs of further, older ruins.

Schliemann’s sloppy trenching work caused considerable damage to the site, only rectified by the first professional archeologist to work at Troy, Carl Blegen, who began excavations in 1932. Schliemann was also responsible for removing the so-called Treasure of Priam, a large cache of copper, silver and gold vessels, plus some fine jewellery, which he smuggled to Berlin where it was displayed until 1941. The hoard disappeared when the Red Army sacked the city in May 1945, but resurfaced in Moscow in 1993, and is now exhibited in the Pushkin Museum there. Germany and the Russian Federation continue to wrangle over legal ownership, and Turkey has put in a claim too.

Whatever Schliemann’s shortcomings, his unsystematic excavations did uncover nine distinct layers of consecutive urban developments, spanning four millennia. The oldest, Troy I, dates to about 3600 BC and was followed by four similar settlements. Either Troy VI or VII is thought to have been the city described by Homer: the former is known to have been destroyed by an earthquake in about 1275 BC, while the latter shows signs of having been wiped out by fire a quarter of a century later, around the time when historians estimate the Trojan War took place. Troy VIII, which thrived from 700 to 300 BC, was a Greek foundation, while much of the final layer of development, Troy IX (300 BC to 300 AD), was built during the heyday of the Roman Empire.

Although there’s no way to prove the Trojan War did take place, circumstantial evidence suggests that the city was the scene of some kind of armed conflict, even if it wasn’t the ten-year struggle described in the Iliad. Homer’s epic may have been based on a number of wars fought between Mycenaean Greeks and the inhabitants of Troy, who were by turns trading partners and commercial rivals.

A 1970s reconstruction of the Homeric wooden horse stands immediately beyond the entrance to the site of Troy. You can climb a ladder up into the horse’s belly and look out of windows cut into its flanks (which presumably didn’t feature in the original design). A few paces west, the city ruins cloak an outcrop overlooking the Troad plain, which extends about 8km to the sea. A circular trail takes you around the site, with twelve explanatory panels that go some way towards bringing the ruins to life. Standing on what’s left of the ramparts and looking across the plain, it’s not too hard to imagine a besieging army camped below.

The most impressive remains are the east wall and gate from Troy VI (1700–1275 BC), of which 330m survive, curving around the eastern and southern flanks of the city. Angled inwards, the walls, 6m high and over 4m thick, would have been surmounted by an additional brick section. A ramp paved with flat stones from Troy II (2500–2300 BC), which would have led to the citadel entrance, also stands out, as does the nearby partially reconstructed Megaron Building (protected beneath a giant canvas roof) from the same era, the bricks of which were turned a bright red when Troy II was destroyed by fire. Schliemann erroneously used the evidence of this fire to conclude that this had been Homer’s Troy and that the hoard he discovered here made up “Priam’s treasure”.

The most important monument of Greco-Roman Troy VIII–IX, or Ilium, is the Doric temple of Athena, rebuilt by Alexander the Great’s general, Lysimakhos, after Alexander himself had visited the temple and left his armour as a gift. The most famous relief from the temple, depicting Apollo astride four pawing stallions, is now in Berlin. Troy was an important religious centre during Greek and Roman times, and another sanctuary to the Samothracian deities can be seen near the westernmost point of the site, outside the walls. East of this are a Greco-Roman odeion and bouleuterion (council hall).

The ruins of Alexandria Troas, an ancient city founded by Alexander the Great’s general Antigonos I in 300 BC, lie 30km south of Troy, and 2km south of Dalyan village. Excavated since 2000 by archeologists from the University of Münster, the site (unenclosed; free) consists of mostly Roman ruins surrounded by 8km of city wall. A sacred way linked it to Smintheion, while another avenue lined with shops (now uncovered) served the ancient harbour at Dalyan. The modern road roughly bisects the city; just west of this are the site’s most obvious features, including the agora temple, its columns and reliefs set aside for restoration; a huge structure of unknown function; and a partly dug-up odeion with two massive arched entrances. On the other side of the road are a basilica and one of several baths, with clay piping exposed. If the warden is present and you can understand Turkish, a free guided tour is available: if not, you can wander the site at will.

The Rough Guide to Turkey and related travel guides

The Rough Guide to Turkey 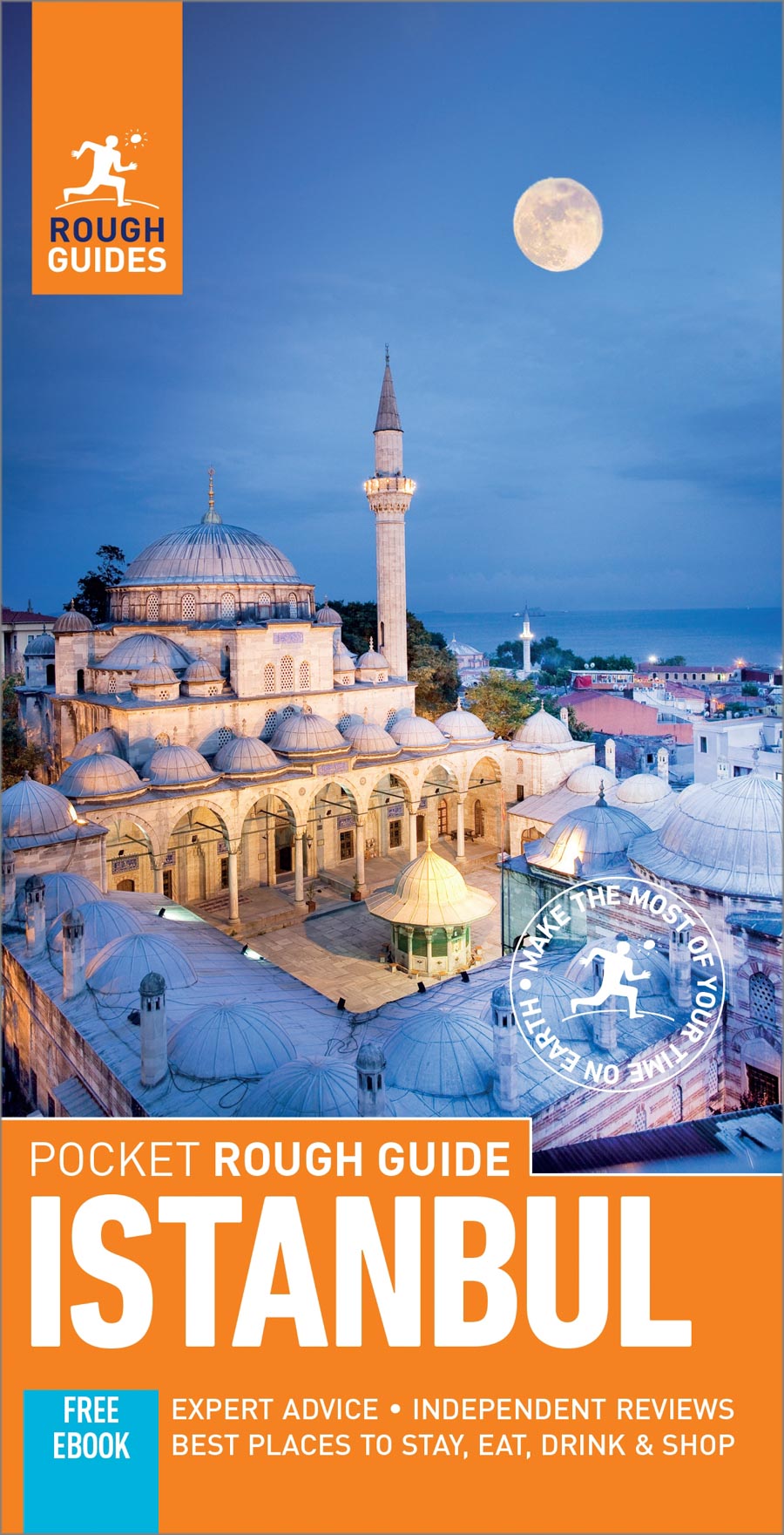 Your travel guide to Turkey

Ready to travel and discover Turkey?
Get support from our local experts for
stress-free planning & worry-free travels