The city of AGUASCALIENTES, 177km north of Guanajuato, is an important and booming provincial capital with some fine colonial monuments in among its newer buildings. Founded in 1575 by Spanish captain Juan de Montoro Rodríguez, Aguascalientes has mushroomed into a metropolitan area of almost one million today, with the newest development – malls, cinemas, luxury hotels – north of the centre along Hwy-45. Business travellers tend to stay up here, but if you’ve come to see the sights make for the centro histórico instead, arranged around the Plaza de la Patria, with its grand cathedral, and the Palacio de Gobierno, with its impressive murals. A couple of engrossing museums, including tributes to artists José Posada and Saturnino Herrán, make the city an intriguing place to stop over for a day or two, especially when you take into account its tempting array of street food, particularly the sumptuous bírria (roast goat or mutton stew), and the city’s reputation for some of the finest fiestas in Mexico – the Feria de San Marcos is the biggest, but rarely a week goes by without a celebration, or at least a band playing in one of the plazas at the weekend.

The nearly two-centuries-old Feria de San Marcos of Aguascalientes is famous throughout Mexico. Celebrated in the Jardín San Marcos from mid-April to mid-May, events include everything from bullfights and live music to film festivals and rides for kids (many of the events are free).

Though it only occupies a small building about 1km south of the centre, the

Museo José Guadalupe Posada is one of the main reasons to visit Aguascalientes. Indeed, the town is almost a place of pilgrimage for devotees of this influential printmaker, who is best known for his political satire and criticism of the Catholic Church. The permanent exhibit here contains a well-curated collection of Posada lithographs, along with the original plates and background information in Spanish.

Posada – the art of the macabre

The frequently macabre work of José Guadalupe Posada will be familiar even if his name is not: Diego Rivera was not so wrong when he described the prolific Posada as “so outstanding that one day even his name will be forgotten”. He was born a baker’s son in Aguascalientes in 1852, and was later apprenticed to a lithographer. In 1888 he moved to Mexico City, and started to create in earnest the thousands of prints for which he soon became known. He mainly worked for the editor and printer Vanegas Arroyo, and his images appeared on posters and in satirical broadsheets that flourished despite – or more likely because of – the censorship of the Porfiriano era. Some of Posada’s work was political, attacking corrupt politicians, complacent clergy or foreign intervention, but much was simply recording the news (especially disasters, which so obsess the Mexican press to this day), lampooning popular figures or observing everyday life with a gleefully macabre eye. Later, the events and figures of the Revolution, grotesquely caricatured, came to dominate his work.

Technically, Posada moved on from lithography to engraving in type metal (producing the characteristic hatched effect seen in much of his work) and finally to zinc etching, an extremely rapid method involving drawing directly onto a zinc printing plate with acid-resistant ink, and then dipping it in acid until the untouched areas corrode. Although the calaveras, the often elegantly clad skeletons that inhabit much of his work, are his best-known creations, the Aguascalientes museum devoted to him covers the full range of his designs. They all bear a peculiar mix of Catholicism, pre-Columbian tradition, preoccupation with death and black humour that can only be Mexican – and that profoundly affected all later Mexican art. Rivera and Orozco are just two of the greats who publicly acknowledged their debt to Posada, who died in 1913.

A contemporary and friend of Diego Rivera, artist Saturnino Herrán (1887–1918) died young and never really achieved much recognition, though he has been dubbed “El más pintor de los mexicanos y más mexicano de los pintores“ (“the greatest painter of the Mexicans, and the most Mexican of the painters“). Born and trained in Aguascalientes, it wasn’t till his family moved to Mexico City in 1905 that he met Rivera. His breakthrough came in 1910 during the Centennial Anniversary of Mexico’s Independence Day – Herrán organized an exhibition of work that incorporated indigenous Mexican as opposed to European artistic traditions, a radical idea at the time. Herrán is best known today for his naturalistic and dignified paintings of Mexican indios, but he also designed stained-glass windows, book illustrations, and near the end of his life, murals. Visit the Museo de Aguascalientes to sample his work.

One block north along Morelos from the Museo de Arte Contemporáneo, in a graceful old university building next to Templo de San Diego, the Museo Nacional de la Muerte casts a morbid eye over Mexico’s obsession with death rituals and images of death over the centuries, though it’s not as grim as it sounds. The exhibits start with Mesoamerican traditions, with plenty of ancient statuary and a massive collection of model skulls, though these are so colourfully painted, bejewelled and stylized they seem more like kids’ toys than religious totems. Labels are in Spanish only, but this is really a visual experience. The museum ends with a stylish art gallery, all red-tinted, which houses an eclectic collection of death-related art from the nineteenth century on, including work by Posada and his predecessor, Manuel Manilla. Afterwards, raise your spirits in the tranquil courtyard café, in the shadow of San Diego’s main dome.

If you love street food, don't miss Aguascalientes' Mercado de la Bírria, on Victoria and Unión, effectively a whole alley of cheap bírrierias (bírria stalls), with aromatic goat meat roasted right in front of you. Pick the place with the most patrons. 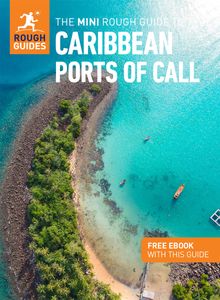