Eastern Moravia (Morava) is poorer and more provincial than Bohemia, but warmer and more relaxed. It shares borders with Poland to the north, and Slovakia and Austria to the south. In the southeast of Moravia is bustling, industrial Brno, with red-brick houses and wide boulevards, and travelling south you’ll reach Olomouc, an ancient city bursting with youthful energy.

Brno evolved into the handsome, red-brick city of today in the ninetenth century, when it was a major textile producer and known as “rakouský Manchestr” (Austrian Manchester). The capital of Moravia, Brno’s vital energy has produced 11 universities, a powerful economy and a number of famous Czechs, including inventor of genetics Gregor Mendel, composer Leoš Janáček and novelist Milan Kundera.

Triangular Svobody Square sits funnel-like on the high street, Masarykova. The square hosts the Zelný trh, the old medieval Cabbage Market, still bustling with vegetable traders hawking onions and daffodils. Špilberk Castle, which houses historical exhibitions, dominates the skyline to the west, in a standoff with the hilltop Cathedral of St Peter and St Paul to the south.

The second-largest art museum in the country, the Moravian Gallery is divided into three parts: The Museum of Applied Arts or UPM (Husova 14) contains one of the country’s best collections of decorative art; nearby Pražák Palace (Husova 18) focuses on modern Czech art; and Místodržitelský Palace houses a European art collection spanning 600 years.

On Stará Radnice is the Old Town Hall, packed with strange artefacts clothed in fantastical legends. The tower offers panoramic views of Brno.

“They say we are going to Olomutz,” wrote Tolstoy, “and Olomutz is a very decent town.” It’s strange that few people have discovered how right he was. In the middle Ages Oloumouc was the capital of the Great Moravian Empire, and its wealth crystallized into magnificent palaces and churches before trickling away to Brno carrying a wave of industrial sprawl. The unspoilt city centre is home to 25,000 students, who ensure a rich supply of lively bars, cafés and clubs.

The old town clusters around two adjacent squares, Horní (upper) and Dolní (lower). The town hall on Horní has an astronomical clock, exuberant Communist kitsch covered with gesticulating blonde peasants. Nearby is the polygonal Holy Trinity Column, which is the largest plague column in the country and is protected by UNESCO.

Dwarfing tiny Václavské square is the Cathedral of sv Václav, originally a Romanesque basilica, which contains a crypt packed with reliquaries. Next door is the Archdiocesan Museum in Přemysl Palace, showcasing more than a thousand years of local history and a mind-blowing collection of church bling. The highlight is a gold-plated carriage covered with romping cherubs.

With its long-held reputation as a centre of culture and the arts, Olomouc is a natural home for festivals. April brings Academia Film (wwww.afo.cz), screening international science documentaries, the Religious Music Festival and flower festival Flora Olomouc (wwww.flora-ol.cz). In May is the Dvořák Festival; actually a celebration of all the major Czech composers. In May/June comes Beerfest (wwww.beerfest.cz), the biggest beer festival in the country, an enjoyable combination of beer, rock music and gastronomy. The Olomouc City Festival (wwww.olomouc.eu) also in June, offers plays, concerts, art exhibitions and a Great Whipped Cream Battle. In the first week of July there‘s Zahrada, the country‘s biggest folk and world musíc festival, and in September the Organ Music Festival. There are also eight one-day jazz festivals throughout the year (wwww.jazzclub.olomouc.com).

The Rough Guide to Czech Republic and related travel guides 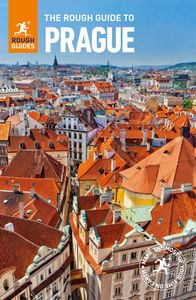 Your travel guide to Czech Republic

Ready to travel and discover Czech Republic?
Get support from our local experts for
stress-free planning & worry-free travels