China’s third most populous province, HENAN’s modern-day industrial trappings conceal a rich history watered by the great Yellow River. The wonderful Longmen Caves lie due south of Luoyang, an ancient dynastic capital thought by the Chinese of antiquity to be the centre of the universe – it may, at one time, have been the largest city on earth. Luoyang also makes a good jumping-off point for one sight whose name, at least, is familiar to many Westerners: Shaolin Temple, home to the famed fighting monks. Henan’s modern capital, Zhengzhou, is unremarkable, but further to the east is the old city of Kaifeng, which wears its history rather better than others in the province – particularly in the form of the ancient wall still enclosing its centre.

Located on the alluvial plains in the middle reaches of the Yellow River 70km east of Zhengzhou, KAIFENG is an ancient capital with a history stretching back over three thousand years. However, unlike other ancient capitals in the region, the city hasn’t grown into an industrial monster, with most of its sights in a pleasingly compact area within the town walls, which enclose a 5km-long rectangle. These tamped-earth ramparts have been heavily damaged and there’s no path along them, but they do present a useful landmark. The town is also crisscrossed by canals, part of a network that connected it to Hangzhou and Yangzhou in ancient times. While not especially attractive, Kaifeng’s low-key ambience and sprinkling of older temples and pagodas encourage a wander, and in all, this is a worthwhile place to spend a couple of days, especially if you’ve grown weary of the scale and pace of most Chinese cities.

A number of families in Kaifeng trace their lineage back to the Jews, though their origins remain a mystery. It’s likely that their ancestors arrived from central Asia around 1000 AD, when trade links between the two areas were strong. The community was never large, but it seems to have flourished until the nineteenth century, when – perhaps as a result of disastrous floods, including one in 1850 that destroyed the synagogue – the Kaifeng Jews almost completely died out. However, following the atmosphere of greater religious tolerance in contemporary China, many Jews have begun practising their faith again. You can see a few relics from the synagogue in the museum, including three steles that once stood outside it, but most, such as a Torah in Chinese now in the British Museum, are in collections abroad.

Sprawling, increasingly industrial LUOYANG lies in the middle reaches of the Yellow River valley. While the drab modern city itself retains little hint of past glories, bar its astonishingly good museum, there’s plenty to see in the surrounding area and Luoyang makes a convenient hub for visiting the famed Longmen Caves, one of China’s three major rock art galleries, which lie just to the south. In addition, the city is within striking distance of several important religious complexes, including Shaolin Temple. These ancient sights hint at a rich history – Luoyang has, indeed, been occupied since Neolithic times, and served as China’s capital at various points from the Zhou dynasty through to 937 AD. Confucius once studied here, and this is where Buddhism first took root in China in 68 AD.

It’s said that in 800 AD the Tang Empress Wu Zetian, enraged that the peonies, alone among flowers, disobeyed her command to bloom in the snow, banished them from her capital at Chang’an. Many were transplanted to Luoyang (the secondary capital) where they flourished, and have since become one of the city’s most celebrated attractions, the subject of countless poems and cultivation notes. Luoyang now boasts over 150 varieties of peony, which have found their way onto every available patch or scrap of ground – including central Wangcheng Park (王成公园, wángchéng gōngyuán; ¥55 during the April Peony Festival) – a splendid sight when they flower in spring. The peony motif is also everywhere in the city, from trellises to rubbish bins.

Sitting 13km west of Dengfeng on the road to Luoyang, Shaolin Temple is a place of legends. This is the temple where the sixth-century founder of Buddhism’s Chan (Zen) sect, Bodhidarma, consolidated his teachings in China, and also where – surprisingly, given Buddhism’s peaceful doctrines – Chinese kung fu is said to have originated. Today, it’s a tourist black spot, packed with noisy groups and commercial enterprises, and a complete non-starter if you’re seeking any form of spiritual enlightenment – though as an entertaining look into modern China’s kung fu cult, it’s a lot of fun. In autumn, the place is particularly busy, filling up with martial-arts enthusiasts from all over the world who come to attend the international Wushu Festival in nearby Zhengzhou.

Kung fu was first developed at the Shaolin Temple as a form of gymnastics to counterbalance the immobility of meditation. The monks studied the movement of animals and copied them – the way snakes crawled, tigers leapt and mantises danced – and coordinated these movements with meditational breathing routines. As the temple was isolated it was often prey to bandits, and gradually the monks turned their exercises into a form of self-defence.

Only after twenty years of such exercises could someone consider themselves proficient in kung fu, by which time they were able to perform incredible feats, examples of which you can see illustrated in the murals at the temple and in photographs of contemporary martial-arts masters in the picture books on sale in the souvenir shops. Apart from breaking concrete slabs with their fists and iron bars with their heads, the monks can balance on one finger, take a sledgehammer blow to the chest, and hang from a tree by their neck. Their boxing routines are equally extraordinary, their animal qualities clearly visible in the vicious clawing, poking, leaping and tearing that they employ. One comic-looking variation that requires a huge amount of flexibility is drunken boxing, where the performer twists, staggers and weaves as if inebriated – useful training given that Shaolin monks are allowed alcohol.

Yet the monks were not just fighters; as many hours were spent meditating and praying as in martial training. They obeyed a moral code, which included the stricture that only fighting in self-defence was acceptable, and killing your opponent was to be avoided if possible. These rules became a little more flexible over the centuries as emperors and peasants alike sought their help in battles, and the Shaolin monks became legendary figures for their interventions on the side of righteousness.

The monks were at the height of their power in the Tang dynasty, though they were still a force to be reckoned with in the Ming, when weapons were added to their discipline. However, the temple was sacked during the 1920s and again in the 1960s during the Cultural Revolution, when Shaolin’s monks were persecuted and dispersed. Things picked up again in the 1980s, when, as a result of Jet Li’s enormously popular first film Shaolin Temple, there was a resurgence of interest in the art. The old masters were allowed to teach again, and the government realized that the temple was better exploited as a tourist resource than left to rot.

Evidence of the popularity of kung fu in China today can be seen not just at the tourist circus of the Shaolin Temple, but in any cinema, where kung fu films, often concerning the exploits of Shaolin monks, make up a large proportion of the entertainment on offer. Many young Chinese today want to study kung fu, and to meet demand numerous schools have opened around the temple. Few of them want to be monks, though – the dream of many is to be a movie star.

Inevitably, such attention and exploitation has taken its toll on Shaolin Temple’s original purpose as a Buddhist monastery. The temple’s primary drive today seems less towards the spiritual and more about the travelling shows and protecting commercial interests – they are currently pursuing efforts to trademark the name “Shaolin”, in order to capitalize on its use by everything from martial-arts outfits to beer companies. For a good account of what it’s like to live and train here, and the challenges that the modern temple faces, read American Shaolin by Matthew Polly.

A UNESCO World Heritage Site, the Longmen Caves are a spectacular parade of Buddhist figurines and reliefs only 12km south of Luoyang. Caves pockmark the cliffs lining a meandering river, hosting figures ranging in size from the miniature to the monumental. It’s an extremely popular place in the summer, though even the teeming crowds can’t lessen the spectacle; try to visit early on in the day, however, as the exposed site can be rather hot.

Longmen’s roadhead is almost 2km short of the caves; if you don’t fancy a walk through the souvenir stalls, head down to the river and follow it to the entrance. Starting from the northern end and moving south down the group, the following are the most important carvings, which stand out due to their size.

Over the years, 1350 caves, 750 niches and 40 pagodas containing 110,000 statues were carved out of the limestone cliffs bordering the Yi River to create the Longmen Caves. Stretching more than 1km in length, the carvings were commissioned by emperors, the imperial family, other wealthy families wanting to buy good fortune, generals hoping for victory, and religious groups. The Toba Wei began the work in 492 AD, when they moved their capital to Luoyang from Datong, where they had begun the Yungang Caves. At Longmen, they adapted their art to the different requirements of a harder, limestone surface. Three sets of caves, Guyang, Bingyang and Lianhua, date from this early period. Work continued for five hundred years and reached a second peak under the Tang, particularly under Empress Wu Zetian, a devoted adherent of Buddhism.

There’s a clearly visible progression from the early style brought from Datong, of simple, rounded, formally modelled holy figures, to the complex and elaborate, but more linear, Tang carvings, which include women and court characters. In general, the Buddhas are simple, but the sculptors were able to show off with the attendant figures and the decorative flourishes around the edges of the caves.

Close to the south bank of the Yellow River, ZHENGZHOU lies almost midway between Luoyang to the west and Kaifeng to the east. The walled town that existed here 3500 years ago was probably an early capital of the Shang dynasty, and excavations have revealed bronze foundries, bone-carving workshops and sacrificial altars. Today’s Zhengzhou, however, is an entirely modern city, rebuilt virtually from scratch after heavy bombing in the war against Japan. Despite the resultant dearth of historical sights, and the industrial trappings inevitably springing from a position atop China’s two main rail routes, Zhengzhou is not all that unpleasant, its broad, leafy avenues lined with shopping malls and boutiques. 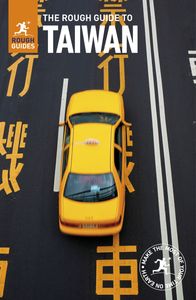