From its lofty source on the Tibetan plateau, the famed Yellow River (黄河, huánghé) runs for almost 5500km before emptying into the Yellow Sea, making it China’s second-longest waterway after the Yangzi, and the sixth longest in the world. The river’s name stems from the vast quantities of loess it carries, a fertile yellow silt which has done much to benefit the region’s agricultural potential over the millennia. However, the river’s popular nickname, “China’s Sorrow”, hints at the regular floods and changes of course that have repeatedly caused devastation – the waterway is often likened to a dragon, a reference not just to its sinuous course, but also to its uncontrollable nature, by turns benign and malevolent. On the flipside, it provides much-needed irrigation to areas otherwise arid and inhospitable, and has created some of China’s most distinctive landscapes, barrelling past colossal sand dunes before sliding along pancake-flat loess plains scarred with deep, winding crevasses.

Between the first and last major cities the Yellow River hits – Lanzhou and Ji’nan; such is the river's length that they are covered here in different sections – it flows through Ningxia, Inner Mongolia, Shanxi, Shaanxi and Henan, and has played a vital role in the history, geography and fortunes of each province – though sadly its capricious nature makes river travel impossible in the region.

The most famous sight in the Yellow River’s catchment area is actually some distance from the river itself: the city of Xi’an is one of China’s biggest tourist destinations, with as many temples, museums and tombs as the rest of the region put together, and with the Terracotta Army deservedly ranking as one of China’s premier sights. Xi’an is also home to a substantial Muslim minority, whose cuisine is well worth sampling. East of the city, and also within Shaanxi province, is the spectacular Hua Shan range, whose temple-studded slopes offer superb – if occasionally terrifying – hiking opportunities.

Heading northwest into Ningxia, a tiny province with a substantial Hui minority, you can witness the river’s mighty waters running between desert sand dunes at the resort of Shapotou. Still a relatively exotic, tourist-free zone, Ningxia also offers quiet, attractive cities, while the provincial capital of Yinchuan is a base for fascinating sights such as the mausoleums of the Western Xia, ancient reminders of a long-extinct culture. The river then slides into Inner Mongolia, passing through the super-industrial city of Baotou, jump-off point for the supposed tomb of Genghis Khan. The grasslands surrounding the provincial capital of Hohhot make it possible to catch a glimpse of the Mongols’ ancient and unique way of life – you can sleep in a nomad’s yurt, sample Mongol food and ride a horse across the grasslands, all within half a day’s train journey from Beijing.

Further downstream, Shanxi province boasts some great attractions, most notably the Yungang cave temples and Hanging Temple near Datong (itself turning into an ever more fascinating place to stay), and the beautiful holy mountain of Wutai Shan.

Heading downstream again is the province of Henan, whose capital Luoyang is a great jumping-off point for the legendary Shaolin temple, and the superb Longmen cave temples. Henan’s capital, Zhengzhou, is of most importance as a transport nexus, though just east is the appealing lakeside town of Kaifeng, a small place with little grandeur but a strong local character.

Sites of Neolithic habitation along the Yellow River are common, but the first major conurbation appeared around three thousand years ago, heralding the establishment of the Shang dynasty. For the next few millennia, every Chinese dynasty had its capital somewhere in the Yellow River area, and most of the major cities, from Datong in the north, capital of the Northern Wei, to Kaifeng in the east, capital of the Song, have spent some time as the centre of the Chinese universe. With the collapse of imperial China, the area sank into provincialism, and it was not until late in the twentieth century that it again came to prominence. The old capitals have today found new leases of life as industrial and commercial centres, and thus present two sides to the visitor: a rapidly changing, and sometimes harsh, modernity; and a static history, preserved in the interests of tourism. This latter feature contrasts strongly with, for instance, southwestern China, where temples might double as tourist attractions but are also clearly functional places of worship; here, most feel much more like museums – even if they seldom lack grandeur.

The Yellow River flows for 5500km through nine provinces, making it one of the world’s mightiest waterways. However, the vast quantity of silt the river carries along its twisted length – 1.6 billion tonnes a year – has confused its course throughout history, and its unpredictable swings have always brought chaos. From 1194 to 1887, there were fifty major Yellow River floods, with three hundred thousand people killed in 1642 alone. Another disastrous event in 1933 was followed in 1937 by further tragedy – this time man-made – when Chiang Kai-shek used the river as a weapon against the advancing Japanese, breaching its dykes to cut the rail line. A delay of a few weeks was gained at the cost of hundreds of thousands of Chinese lives.

Attempts to enhance the river’s potential for creation rather than destruction began very early, at least by the eighth century BC, when the first irrigation canals were cut. In the fifth century BC, the Zheng Guo Canal irrigation system stretched an impressive 150km; it’s still in use today. But the largest scheme was the building of the 1800km Grand Canal in the sixth century, which connected the Yellow and the Yangzi rivers and was used to carry grain to the north. It was built using locks to control water level, an innovation that did not appear in the West for another four hundred years.

Dykes, too, have been built since ancient times, and in some eastern sections the river bottom is higher than the surrounding fields, often by as much as 10m. Dyke builders are heroes around the Yellow River, and every Chinese knows the story of Da Yu, the legendary figure responsible for battling the capricious waters. It is said that he mobilized thousands of people to dredge the riverbed and dig diversionary canals after a terrible flood in 297 BC. The work took thirteen years, and during that period Yu never went home. At work’s end, he sank a bronze ox in the waters, a talisman to tame the flow (a replica of the ox guards the shore of Kunming Lake in Beijing’s Summer Palace). Today, river control continues on a massive scale. To stop flooding, the riverbed is dredged, diversion channels are cut and reservoirs constructed on the river’s tributaries. Land around the river has been forested to help prevent erosion and so keep the river’s silt level down.

Surrounded by colossal sand dunes, the Ningxia resort of Shapotou is probably the most spectacular place from which to view the Yellow River, but for most of its course it meanders across a flat flood plain with a horizon sharp as a knife blade. Two good places to witness this are at the Yellow River Viewing Point in Kaifeng and from the Yellow River Park outside Zhengzhou. To see the river in a more tempestuous mood, take a diversion to Hukou Falls, farther north on the Shaanxi–Shanxi border.

Have just returned from a wonderful and spectacular 2 week trip to China and it was just out of this world!. Jiawen and the team kindly put our amazing iti ... 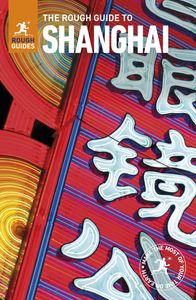