XI’AN is a name tingling with intrigue. One of China’s most famous cities, it’s synonymous with the mysterious Terracotta Army, standing in inscrutable silence just to the east. These are the most famous remnant from Xi’an’s extraordinarily long history – between 1000 BC and 1000 AD, it served as the imperial capital for no fewer than eleven dynasties, and as such it comes as no surprise that the place is filled with, and surrounded by, a wealth of important sites and relics. The list of newly discovered treasures grows with each passing decade; in addition to the Terracotta Army, highlights include Neolithic Banpo, and the Han and Tang imperial tombs. In the city itself, you’ll find two Tang-dynasty pagodas, the Bell and Drum towers and the Ming city walls, as well as two excellent museums holding a treasury of relics from the most fabled chapters of Chinese history.

However, visitors are also advised to prepare for a modicum of disappointment. Historically significant though it may be, today’s Xi’an is a manufacturing metropolis of five million inhabitants, filled with traffic and prone to heavy pollution – issues that can make trips to the outlying sights a bit of a chore. Yet most travellers are able to see past these failings, perhaps best evidenced by a large foreign community, many of whom come to study, since the colleges are regarded as some of the best places to learn Chinese outside of Beijing.

It would be a shame to leave Xi’an without sampling paomo, its signature dish. This is basically a meat soup – there are both lamb (羊肉泡馍, yángròu pāomó) and beef (牛肉泡馍, niúròu pāomó) versions – poured over a bowlful of tiny bread cubes. At many restaurants, diners are given discs of bread and encouraged to do the cubing themselves. Most foreigners seem to prefer the taste and texture of larger chunks – this will likely be met with a scornful look from your waitress, since locals take their time with this process, producing something almost akin to breadcrumbs. The bowl is then taken to the kitchen and piled with shredded meat and noodles, and it’s all served with cloves of pickled garlic and chilli paste for you to tip in as required.

Xi’an is an excellent place to pick up souvenirs and antiques, which are generally cheaper and more varied than in Beijing, though prices have to be bartered down and the standard of goods, especially from tourist shops, is sometimes shoddy. Shopping is also an enjoyable evening activity, since the markets and department stores are open until 10pm – the Muslim Quarter and Beilin make for an entertaining stroll under the stars, where the nocturnal hawkers sell everything from dinner to souvenir silk paintings.

Xi’an has a strong artistic pedigree, and the paintings available here are much more varied in style than those you see elsewhere in China. As well as the widespread line-and-wash paintings of legendary figures, flowers and animals, look for bright, simple folk paintings, usually of country scenes. A traditional Shaanxi art form, appealing for their decorative, flat design and lush colours, these images were popular in China in the 1970s for their idealistic, upbeat portrayal of peasant life. A good selection is sold in a shop just behind the Small Goose Pagoda and in the temple compound, as well as outside the Banpo Museum. For rubbings from steles, much cheaper than paintings and quite striking, try the Big Goose Pagoda and Shuyuanmen, especially around the Beilin Museum, which is also a great area to find calligraphy and paintings. The underground pedestrian route at the South Gate includes an interesting diversion down an old bomb shelter tunnel to Nan Shang Jie, where papercuts are for sale.

Strong competition means you can pick up a painting quite cheaply if you’re prepared to bargain. Beware the bright young things who introduce themselves as art students whose class happens to be having an exhibition. They’re essentially touts who will lead you to a room full of mediocre work at inflated prices.

Beiyuanmen and Huajue Xiang, the alley that runs off to the Great Mosque, are the places to go for small souvenirs, engraved chopsticks, teapots, chiming balls and the like. Clusters of stalls and vendors swarm around all the tourist sights, and are often a nuisance, though the stalls around the Great Mosque are worth checking out – you’ll see curved Islamic shabaria knives among the Mao watches and other tourist knick-knacks.

For a personalized souvenir, try the seal engravers along Shuyuanmen, where you’ll also find a variety of calligraphy sets and other artists’ materials.

Antiques abound in Xi’an, but be aware that many – however dusty and worn – are reproductions. The best place to go is the City Antiques Market, about a block south of the Small Goose Pagoda, on Zhuque Dajie; this has some genuine antiques and oddities (such as old military gear) at reasonable prices, and Mao-era artwork with price tags that show the dealers here know how much these things sell for overseas. Another good place is the market outside Baxian Gong, which is biggest on Wednesdays and Sundays; many vendors are villagers from the outlying regions who look as if they are clearing out their attics. You can find some unusual items here, such as books and magazines dating from the Cultural Revolution containing rabid anti-Western propaganda, Qing vases, opium pipes and even rusty guns.

The easiest way to see the sights around Xi’an is to get up early and take one of the many tours on offer. There are two routes: the popular eastern route covers the Huaqing Pool and the Lintong Museum, the Terracotta Army, the Tomb of Qin Shi Huang and the Banpo Museum; the western route, going to the Imperial Tombs and the Famen Temple, is less popular as more travel time is involved, and it’s more expensive (it’s also harder to find anyone running it off season). The best tours leave by 8am.

Most hotels, and all hostels, can arrange such tours, sometimes even with no advance notice; the hostels are usually both the cheapest and most reliable, though you should still ask about exactly what you’re getting, and expect to be taken to some shops on the way. Prices for the eastern route are around ¥260 for the Terracotta Army plus the Tomb of Qin Shi Huang, or ¥350 including the Banpo Museum; a day-trip to Hua Shan will be around ¥450 including the cable car. A tour of the western route will cost from ¥340 – some operators tempt customers by knocking the price down, then also knock Famen Temple off the itinerary, so clarify its inclusion beforehand.

One unusual option offered by the hostels is a full day-trip southwest to a panda reserve at Foping in the Qingling mountains (¥200–300), where you can see captive animals and tour the research centre.

Huaqing Pool’s modern claim to fame is as the setting for the Xi’an Incident in 1936. As Japanese troops continued to advance into China, Chiang Kai-shek virtually ignored them, concentrating instead on pursuing his policy of national unification – meaning the destruction of the Communists before all else. In December 1936, he flew to Xi’an, which was then under the control of Marshal Zhang Xueliang and his Manchurian troops. Although GMD supporters, they, like many others, had grown weary of Chiang’s policies, fuelled by the fact that their Manchurian homeland was now occupied by the Japanese. In secret meetings with Communist leaders, Zhang had been convinced of their genuine anti-Japanese sentiments, and so, on the morning of December 12, Nationalist troops stormed Chiang’s headquarters at the foot of Li Shan, capturing most of the headquarters staff. The great leader himself was eventually caught halfway up the slope in a house at the back of the complex, behind the pools – a neo-Grecian pavilion on the lower slopes of the mountain marks the spot. Still in his pyjamas and without his false teeth, he had bolted from his bed at the sound of gunfire. Chiang was forced to pay a heavy ransom but was otherwise unharmed, his captors allowing him to remain in control of China – provided that he allied with the Communists against the Japanese. Today, tourists line up here to don GMD uniforms and have their pictures taken. 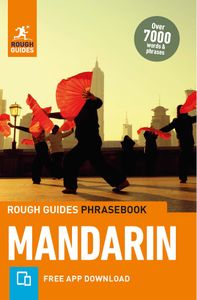