The many faces of Bristol: Britain's coolest city

Bristol’s enterprising spirit is one reason we named it the coolest city in Britain Dropdown content a few years back. And this spirit is all down to the chefs and artists and innovators that live there. Bristolian Ruth-Ellen Davis took to the streets of her hometown to meet three residents with some of the city’s creative fire in their bellies.

There’s a black and white sign in the grey confines of Bristol’s Bear Pit – a concrete walkway in the middle of a honking, traffic-laden roundabout. It simply reads “RELENTLESS OPTIMISM”.

Bristol revels in the alternative, champions the creative and nurtures the independent spirit. There’s an attitude here. A state of mind. But where does the city’s “relentless optimism” come from?

There are some undeniably handsome pockets – stately Clifton, dapper new development Wapping Wharf – but thanks to some hasty re-building after World War II, there’s a heck of a lot of soulless concrete too.

Bristol’s true charms lie firmly with its people. A largely colourful and eclectic bunch whose unwavering dedication to unconstrained creativity has been bubbling away for years in its underground clubs and artist studios, unassuming kitchens and many, many festivals.

The last few years have seen this come resolutely to the fore, visible now for even the most uninitiated visitor to see. A new harbourside development dedicated entirely to independent businesses; a home-grown craft beer scene that matches anywhere in the country; the biggest street art festival on the continent.

This spirited little city is going from strength to strength – and it’s never been easier to show why.

The Left Handed Giant Tap Room is in a bit of a mess.

“It’s not normally like this – honest!” laughs MD Bruce Gray, handing a fresh mug of black coffee across the warehouse bar.

After their inaugural years as a“gypsy brewer” – using other people’s premises to create immensely popular brews such as Duet, Red 5 and Lactose Tolerant – Left Handed Giant are in the process of setting up their very own brewhouse at their St Philips warehouse.

To be honest, I’m grateful of the casual chaos. Meeting Bruce Gray felt like kind of a big deal.

Together with his wife Hannah, Brewdog’s former Director of Operations is responsible for not only Left Handed Giant, but also craft beer wholesale company Big Beer Distribution, which showcases the very best microbreweries in the UK.

And – most impressive of all where this beer-drinking Bristolian is concerned – Bruce Gray is the man behind the magnificent Small Bar on Bristol’s King Street.

Behind the bar - Ruth-Ellen Davis

The welcoming wood-clad space is an ardent champion of the little guy, purely stocking small and independent craft beer from the UK. Glass sizes are thirds, halves and two-thirds to encourage the tasting of multiple beers. The first-rate and ever-changing beer selection hangs on boards above a bar staffed with the most passionate of beer buffs. It’s brilliant.

Yet the warm, gently gregarious Scotsman in front of me, chatting about his young family amid an assortment of papers and boxes, feels more like a familiar acquaintance than an astute businessman. Very genuine, very down-to-earth, very… Bristol.

“There was an independent streak to Bristol that really resonated with me,” he says, on his move here a few years ago.

“Everyone who has a small business in the city centre pretty much all know each other. It’s a lovely community.”

Bruce and Hannah relocated here just as a simmering local craft beer scene was coming to fruition, he explains. They’ve continued to be staggered by the area’s beer-producing abilities ever since.

“We’ve 32 taps in Small Bar. You could fill each one with a beer from the local area and it would be good beer top to bottom.”

“So what is it about Bristol that leads to great beer?” I ask.

“Bristol seems to want produce that’s created locally, that has a soul behind it. So I suspect it’s down to the beating heart of the city itself.”

A wall painting of a giant grey hare brandishing red boxing gloves stands guard over a pair of well-weathered vintage bicycles – their owners sip blueberry smoothies at a nearby wooden table.

The friendliest Big Issue seller you’ll ever meet (Jeff) can be heard exuberantly high-fiving passers-by; just down the road, a young man in a purple tracksuit sunbathes in an abandoned bathtub.

The painted creature is one of Alex’s entourage of whimsical characters, and is, quite frankly, tiny when compared with the vast and vibrant murals she’s etched across the city.

A flurry of floral fabric and paint-smeared cheeks lands on the bench opposite.

“So sorry mate! I’ve been up a scaffold painting foxes all day – totally lost track of time!”

Alex and I first met six years ago on Picton Street, in the arty Montpelier neighbourhood. I was drawn, like scores of others, to her red house inked tip-to-toe in a medley of flowers and birds – as well as to the sheer creative chutzpah of someone who turns a pavement-side living room window into a “Window Shop” from which to sell prints of their artwork.

“After just a few weeks of being open, my window became quite a social meeting place,” explains Alex. “The place to pick up a card or a quick pressie on the way to a party, or somewhere to just hang out and chat for a bit. I’ve met so many wonderful people just by sitting in my house.”

“Bristol is so accepting,” she says, fondly of the city in which she was born. “Very open-minded. This breeds creativity.”

She pushes some blonde, red-streaked hair behind an ear, sending an enormous feather earring fluttering, and spends the next 15 minutes explaining how much she’d love to wallpaper an entire street.

“It all feeds your creative spirit and ‘can do’ attitude.”

This is something Alex hopes to draw on this weekend when she’ll be in south Bristol “among all the cool kids – yikes!” at Upfest, Europe Dropdown content’s largest street-art festival.

But for now she must dash – it’s her turn to lock up The Little Shop: a brimming Aladdin’s cave of local artwork she co-runs with fellow artist Amber Elise. Little as it may be, you’ll not miss it: the front is plastered in flying pineapples and bunnies. Of course.

Mid-morning on a Tuesday, and Wapping Wharf is abuzz with chattering coffee-sippers, iPad-wielding tourists and scuttling school children dressed as pirates.

Beside the pristine pedestrianised thoroughfare, Cargo glints proudly in the morning sun. And understandably so: Bristol’s new retail yard made from recycled shipping containers is working out rather well.

“Cargo encapsulates Bristol’s independent spirit, showing an incredible number of independent businesses side by side,” says chef Alex Hayes, whose new venture Squeezed is set to bring an excitingly different take on burgers and lemonades to Cargo’s culinary line-up.

Squeezed is so new, in fact, that we’re sipping our (excellent) coffees in nearby café Little Victories, while a throng of rowdy machines finish Squeezed's environs ready for its August opening. A shame, as this would be the perfect morning to cool off with one of Alex’s watermelon and rosemary lemonades.

“I haven’t seen lemonade done quite like this in the UK,” he says of his zesty kaleidoscope of a drinks list. “It’s so versatile, so I can have a lot of fun with the ingredients – like I do with my burgers.”

Alex’s burgers already have citywide kudos: at his last job his “St Werburger” (a homage to the bohemian Bristol neighbourhood) was voted one of the best burgers in Bristol. This sterling combo of double beef patty, Monterey Jack cheese, smoked bacon and caper aioli, chipotle and tomato relish plus confit shallots comes with him to Squeezed.

Cargo encapsulates Bristol’s independent spirit, showing an incredible number of independent businesses side by side

“It’s all about finding that umami, that ultimate savoury flavour,” he says, brimming with softly-spoken eloquence. “Flavours such as capers pair really well with beef and I love playing around with combinations.”

Even before he’s fired up its grill, Alex has already felt huge warmth for Squeezed, having raised much of the necessary cash through crowdfunding.

“The support in Bristol is amazing. From people who eat in your restaurants to those on social media talking about what you do, taking pictures of what you do, to the chefs in the industry.”

“Someone the other day referred to it as ‘the Bristol love-in’. Whatever you call it, I can’t imagine not having that now.” 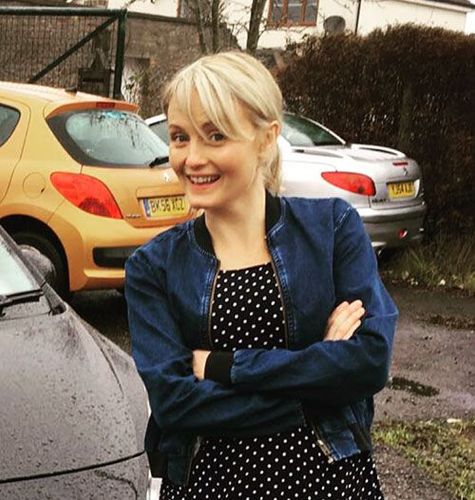