Best beaches in India for your holidays all year round

With 7500 kilometres of coastline to explore, good beaches in India Dropdown content aren't hard to come by. From the party sands of Goa to the bustle of Marine Drive in Mumbai, here are some of the best beaches in India. 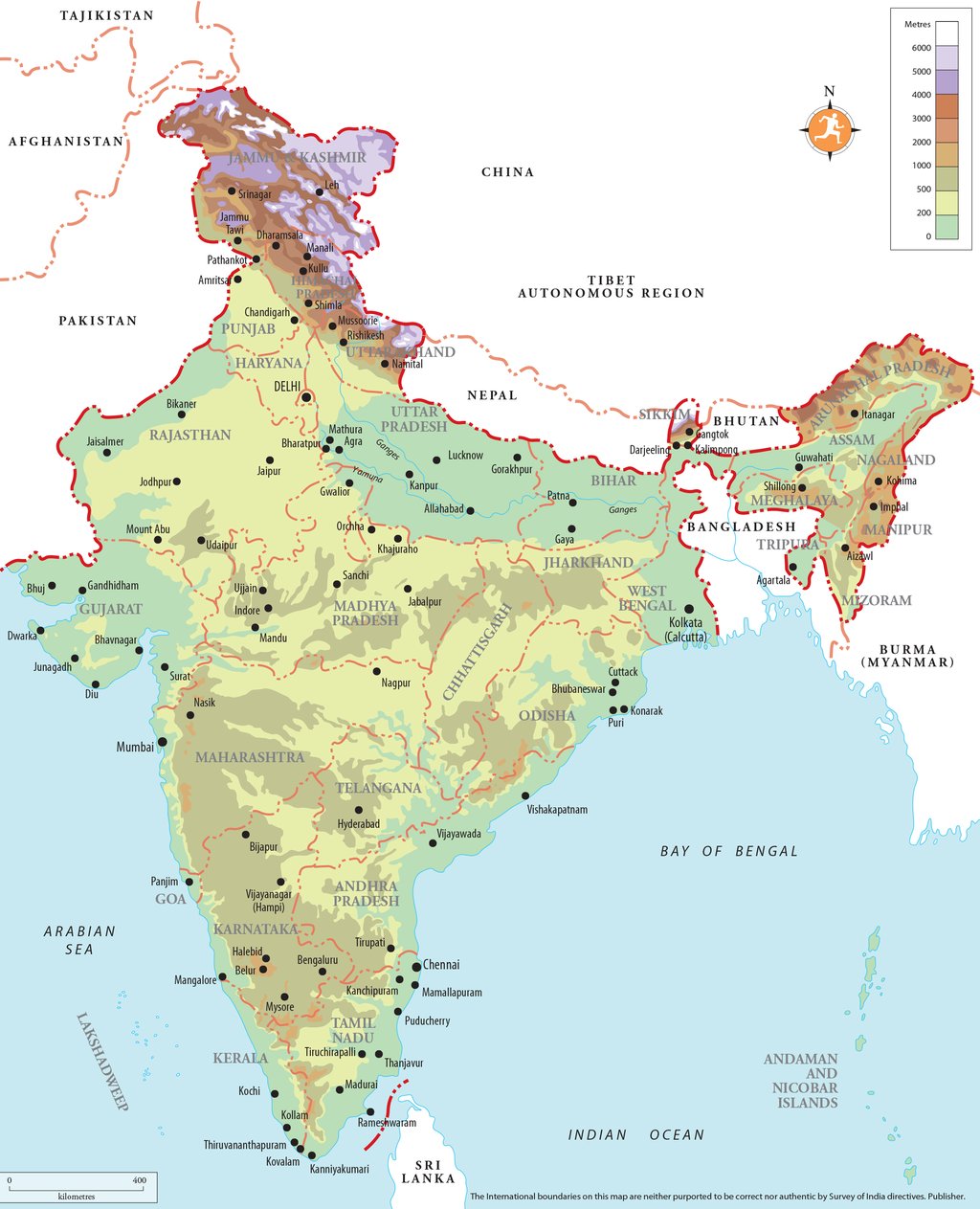 One the best beaches in India? Chakratirth Beach, Gujarat

The larger Chakratirth Beach, overlooked by a high bound, is a little to the west, just outside the city walls. In many ways this is the most attractive beach on the west coast of India, and usually deserted, making it the best option for an undisturbed swim – especially for female travellers.

Situated at the top of Marine Drive, Chowpatty Beach is a Mumbai Dropdown content institution. On evenings and weekends, Mumbaikars gather here on this city beach in large numbers – not to swim (the sea is foul) but to wander, sit on the sand, munch kulfi and bhel puri, get their ears cleaned and gaze across the bay while the kids ride a pony or rusty Ferris wheel.

One of the best Goa beaches? Anjuna Beach, North Goa

The vibe is much nicer at the south end of Anjuna Beach as opposed to the north, where a pretty and more sheltered cove accommodates a mostly twenty-something tourist crowd. A constant trance soundtrack thumps from the shacks behind it cranking up to become proper parties after dark, when bars Curlie’s and neighbouring Shiva Valley take turns to max their sound systems, hosting international DJs through the season. Chai ladies and food stallholders sit in wait on the sands, just like for the raves of old, but the party generally grinds to a halt at 10pm sharp.

Morjim beach itself is dramatic and well worth a walk, especially in the early morning, when you’ll see teams of fishermen hauling giant hand nets from the surf. The spit at its southern end, opposite Chapora Fort, is also a great birding hotspot, making this among the best beaches in India for a wide range of reasons.

Arambol’s main drag is a winding road lined cheek-by-jowl with clothes and bedspread stalls, travel agents, internet cafes and souvenir shops selling tourist knick-knacks. The lane bends downhill to the main beach – dotted with wooden outriggers and one of the most picturesque in south India.

The best view of Arambol is from the crucifix and small Parasurama shrine on the hilltop to the north. After dark, when the Hula-Hoopers, fire juggles and bhajan singers have turned homewards, the candles and fairy lights of the shacks illuminate the beachfront to magical effect.

From the far side of the creek bounding the edge of Ashwem, a magnificent and largely empty beach stretches north towards Arambol – the last unspoilt stretch of the north Goan coast. Olive Ridley marine turtles nest on the quietest patches, and you’re more than likely to catch a glimpse of one of the white-bellied fish eagles that live in the casuarina trees – their last stronghold in the north of Goa Dropdown content.

With the gradual spread of package tourism down the coast, Palolem, a ninety-minute drive south of Margao along the main highway, is Goa Dropdown content’s most happening beach (even in the realm of the famous Goa beaches!), attracting droves of sun seekers from November through March. Set against a backdrop of forest-cloaked hills, its bay is spectacular, though the crowds can feel overwhelming in the high season.

There are plenty of accomodation options in Goa region, we chose the options that seemed most attractive to us:

Featuring a terrace, OYO 12647 Swarnam is located in Old Goa, a 20-minute walk from Viceroy’s Arch. Popular points of interest nearby include Se Cathedral and Church of St Francis of Assisi. Free WiFi is available and in-house parking is provided.

In the west end of town, along Marine Parade, the atmosphere is more akin to a British Victorian holiday resort. This stretch is very much the domain of the domestic tourist industry and the beach is much cleaner here. It’s a pleasant place to stroll and becomes highly animated after sunset when the nightly souvenir market gets going.

Having once been a lively place, today, the only time you’re likely to encounter much action is during festivals and holidays, when the village is temporarily inundated with Bengali holiday-makers. For the rest of the year, its desultory collection of seafront hotels stands idle, left to the odd backpacker and armies of industrious fishermen (katias).

The Marina, Chennai - on of the longest beaches in the world

One of the longest city beaches in the world, the Marina (Kamaraj Salai) stretches five kilometres from the harbour at the southeastern corner of George Town to near San Thome Cathedral. Today the beach itself is a sociable stretch, people by idle paddlers, picnickers and pony-riders; every afternoon crowds gather around the beach market. Although, its location, just a little downstream from the port, combined with its function as the toilet for the fishing community, detract somewhat from its natural beauty.

An ideal first place if you’ve just arrived in the region is Benaulim, six kilometres west of the state’s second city, Margao. The most traveller-friendly resort in the area, Benaulim stands slap in the middle of a spectacular 25km stretch of pure white sand. Although increasingly carved up by Mumbai timeshare companies, low-cost accommodation here is plentiful and of a consistently high standard.

The largest and most developed cove at Kovalam, known for obvious reasons as Lighthouse Beach, is where most foreign tourists congregate. Lined by a paved esplanade, its seafront of shops and hotels extend along the full length of the bay, overlooked by the eponymous lighthouse at the southern end. You can scale the 142 spiral steps and twelve ladder rungs to the observation platform for a fine view.

Kovalam beach, the third of the coves, is dominated from on high by the angular chalets of the five-star Leela Kempinski. Coach-loads of excited Keralan day-trippers descend here on weekends, but at other it times offers a peaceful alternative to the beach further south and why it makes our list of the best beaches in India.

Known in Malayalam as Papa Nashini (“sin-destroyer”), Varkala’s beautiful white-sand beach has long been associated with ancestor worship. Devotees come here after praying at the ancient Janardhana Swamy Temple on the hill to the south, then perform mortuary rituals on the beach, directed by specialist pujaris (priests). The best time to watch the rites is in the early morning, just after sunrise. And note that it’s best to keep your camera in your bag.

Backed by sheer red laterite cliffs, Varkala’s coastline is imposingly scenic and the beach relatively relaxing – although its religious associations do ensure that attitudes to public nudity (especially female) are less liberal than other coastal resorts in India. Western sun-worshippers are supposed to keep to the northern end (away from the main puja area reserved for the funeral rites) where they are serviced by a nonstop parade of local “hallo-pineapple-coconut?” vendors. Sea otters can also occasionally be spotted playing on the cliffs by the sea.

The closest beach to Kochi Dropdown content worth the effort of getting to is Cherai, 25km north on Vypeen Island. A 3km strip of golden sand and thumping surf, it’s sandwiched on a narrow strip of land between the sea and a very pretty backwater area of glassy lagoons. Chunky granite sea defences prevent the waves from engulfing the ribbon of fishing villages that subsist along this strip. Nowhere, however, is the sand more than a few metres wide at high tide, and the undertow can get quite strong. Even so, Cherai is gaining in popularity each year, and a row of small resorts and guesthouses has sprung up to accommodate the trickle of mainly foreign travellers.

If you’re looking to escape the city for a few hours, then head out to the village of Ullal, where a long sandy beach stretches for kilometres, backed by wispy fir trees. It’s a deservedly popular place for a stroll, particularly in the evening when Mangaloreans come out to watch the sunset, but a strong undertow makes swimming difficult, and at times unsafe. You might be better off using the pool at the Summer Sands Beach Resort, immediately behind the beach.

This wonderful 1km-long sweep of golden-white sand sheltered by a pair of steep-sided promontories is now punctuated by around fifteen restaurants-cum-hut ventures and one proper hotel. This is the longest and broadest of Gokarna’s beaches, and with decent surf too, though the water can be dangerous.

Inspired by our best beaches of India? Feel free to check our tailor made 12-day travel tour Dropdown content.

If you prefer to plan and book your trip to India without any effort and hassle, use the expertise of our local travel experts Dropdown content to make sure your trip will be just like you dream it to be.

We may earn commission when you click on links in this article, but this doesn’t influence our editorial standards. We only recommend services that we genuinely believe will enhance your travel experiences.