Through the looking glass: find the real Alice in Wonderland

This year marks the 150th anniversary of the publication of Alice’s Adventures in Wonderland by Lewis Carroll. That means Mad Hatters and Cheshire Cats will be everywhere from London to Manchester this spring. But Alice's story finds its heartland in the villages of Cheshire, where the author was born, and in a seaside resort in North Wales, where he often visited and saw the real-life inspiration for Alice at play. Here, David Atkinson takes us through the looking glass with a guide to following the Alice trail across England and Wales.

The Alice Trail starts in rural Cheshire. Lewis Carroll was born as Charlie Dodgson in the village of Daresbury in 1837 and his father was vicar at All Saints Church. Today there’s a little visitor centre at the church, the Lewis Carroll Centre, and a stained-glass window in his memory. The Tea Rooms at the nearby Davenport's Farm Shop, located outside Northwich, host regular Mad Hatter afternoon tea parties.

You can also admire the carving of a grinning cat at St Wilfred’s Church in the Cheshire village of Grappenhall, which is believed to have inspired the original Cheshire Cat. The moggy has now inspired landlords around Cheshire to name their boozers after the smiling moggy; the Cheshire Cat pubs group owns a host of cosy pubs across the region for a post-exploration pint.

Dine in Wonderland in Chester

Heading on to the historic city of Chester, Oddfellows Bar and Hotel has its very own private dining room with a Wonderland theme – think upside-down furnishings hanging from the ceiling and a centrepiece White Rabbit.

The Georgian property majors on quirky design with a Secret Garden bar out back, while the Grown Up bar upstairs is focused around a wicker model of boxing March Hares straight out of a Wonderland tea party. Retire to one of the in-house hotel rooms or apartments for Alice-inspired sweet dreams.

Seek out the real Alice in Wales

Next the trail leads along the North Wales coast from Chester, hugging the railway line, to the Victorian seaside resort of Llandudno. Alice Liddell, the girl who inspired Carroll’s classic novel, holidayed with her family here in the 1860s.

Carroll, who by this time was Lecturer in Mathematics at Oxford University, was a family friend and regularly visited them in Wales, delighting in the imaginary adventures young Alice would recount. Soon afterwards, he completed his manuscript for the story that would go on to be translated into 97 languages, inspiring the likes of James Joyce and T. S. Eliot.

You can pick up the White Rabbit Trail map from the Tourist Information Centre and follow the 55 bronze-cast rabbit footprints around town. It will take you from the promenade, via the Happy Valley to the West Shore, where the Liddells had their holiday home, Penmorfa, with carved wooden sculptures of Wonderland characters along the way.

Alice is also moving into the digital realm this year with the launch of a pair of augmented-reality apps to celebrate the anniversary. The self-guided tours, available to download for smart phones and tablets, and priced at £2.99 each, reveal more about the little girl behind the story and the places in North Wales that fired her young imagination.

The White Rabbit app, an interactive audio-visual town trail, follows an eight-year-old Alice through the streets of Llandudno, learning about the culture and heritage of the resort along the way. The sister app, Alice’s Looking Glass, follows an alternative trail from the traditional seaside attractions of the North Shore to the dramatic sweep of the lesser-visited West Shore, presenting stories, recounted by 3D characters, at key locations along the way.

Have your own Mad Hatter’s Tea Party

The hotel, where Carroll often visited the Liddell family for tea, gives the full Welsh affair a Wonderland twist by serving traditional Welsh cakes and bara brith (fruity bread) on Alice-styled crockery. You can even replace the waiters with actors dressed as Wonderland characters for larger group bookings.

The hotel also keeps a fine collection of Alice memorabilia, including an Alice first edition published in 1866 and a book signed by Alice Hargreaves née Liddell in 1934.

If you want to find out more about Lewis Carroll's magical masterpiece, The Alice Look opens at the V&A Museum of Childhood in London on May 2 and brings together garments, photographs and illustrations to show Alice as both a follower of fashion and a trendsetter. In July, meanwhile, wonder.land, a new musical inspired by the timeless children’s story, will premiere as part of the Manchester International Festival, with a musical score by Damon Albarn.

Explore more with the Rough Guide to Britain. Compare flights, book hostels for your trip, and don’t forget to purchase travel insurance before you go. 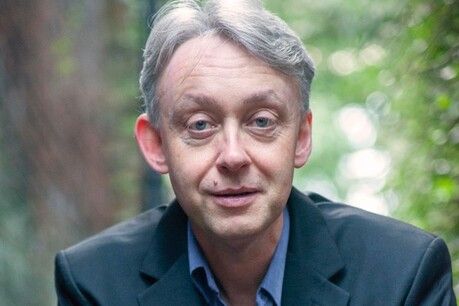 Go tailor-made!
Ready to travel and discover Wales?
Get support from our local experts for
stress-free planning & worry-free travels